October 2 2015
24
In the middle of the summer of this year, with a light hand of American journalists, the foreign press began discussing a promising Russian project of a hypersonic aircraft. Foreign journalists managed to find out that this development has the designation “4202” and Yu-71, and also to establish some supposed facts about the project. Nevertheless, the majority of information about the Russian project is classified, which is why the discussion of few facts gradually turned to making assumptions and estimates, as well as the very real speculations.


It should be noted that the project "4202" really exists and work on it has been underway, at least since the beginning of the current decade. However, despite the great interest from the public, the basic information about this development still remains under the stamp of secrecy. Nevertheless, some fragmentary data on a promising project has already been announced in various open sources. They do not provide a complete picture, but provide an opportunity to get a general idea of ​​the latest project.

The first known reference to the topic “4202” refers to the report on the activities of the NPO Mashinostroyenia corporation for the year 2009. Some of the works mentioned in this document were commissioned by the corporation to them. Khrunichev. At the same time, the project was mentioned in the context of the court proceedings: the NPO Mashinostroyenia owed the related organization more than half a million rubles. The report indicated that by 1 January 2010, the court had made a decision to partially satisfy the claim of the GKNPTs them. Khrunichev, however, the details of the project itself, for obvious reasons, were missing. 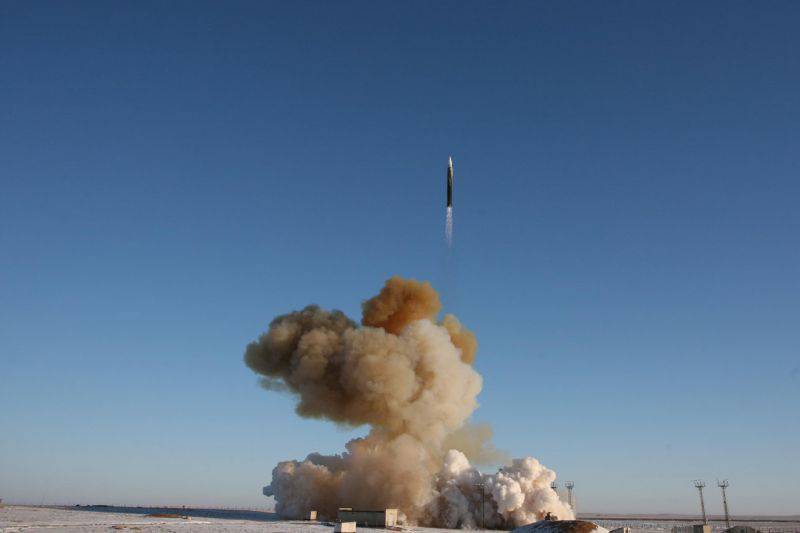 The newspaper "Tribuna VPK" (the corporate edition of the NPO Mashinostroenia) in the 13-number for 2010 year casually mentioned a promising project. The article “Top class of low zone” mentions that when organizing the production of “complex circumferential housing frame of the Ф1 compartment on 4202”, the specialists of the enterprise had to apply several original solutions for the production of complex shape parts on a CNC milling machine. As a result, all the tasks were successfully solved, resulting in a complex contour part of the frame.

The next time the project “4202” is mentioned in the article “Nonmetals workshop. Today and tomorrow ”in the 21 edition of the newspaper for the same year. According to this material, the workshop is actively involved in the implementation of a promising project and is engaged in the manufacture of non-metallic parts for the new ФХNUMX, Ф1 and Ф2 sections of the new product, supplied by related enterprises. Naturally, no details regarding the products were mentioned.

Later, information appeared about another related organization participating in the project. Thus, in 2011-12, the Orenburg PO Strela, in preparation for participating in the 4202 project, carried out a certain modernization of its production capacities. According to reports, after the completion of the reconstruction of its workshops, the organization was to take part in the mass production of promising products.

It can be assumed that, at the same time, the production facilities of the project’s main enterprise, NPO Mashinostroyenia, were also upgraded.

In the 47 edition of the newspaper “Tribuna VPK” for 2012, the New Year's greetings were published by the general director and general designer of the NPO Mashinostroeniya Alexander Leonov. In his address to his colleagues, the head of the company noted that the President of Russia had defined tasks for the near future on the promising topic “4202”. As before, the representative of the company did without unnecessary details that cannot be published in the press.

Confirmed data on the appearance of the product "4202" or Yu-71, as it is called in some sources, are not yet available. For now, one can only try to guess what a hypersonic aircraft looks like, created by Russian industry. Some assumptions on this subject can be made on the basis of data on other hypersonic programs, including foreign ones. The version of the relatively complex external contours of the apparatus is to a certain extent confirmed by the old article of the newspaper Tribuna VPK.

It is known that in the composition of the new product there are at least three separate compartments with different equipment. In addition, there is reason to believe that both metallic and non-metallic aggregates are used in the design of the apparatus. For obvious reasons, specific materials remain unknown.

Information on the use of the 4202 product as a promising military equipment for intercontinental ballistic missiles suggests that it has the ability to carry a warhead, as well as equipped with a guidance system and some controls.

All available data on the progress of the 4202 project suggests that the promising hypersonic product was not tested before 2010-12. However, there are other assumptions. For example, in February, the 2004 of the year at the Baikonur test site was the launch of a UR-100N UTTH type ICBM at a training target at the Kura test site. Soon, the first deputy chief of the General Staff, Yuri Baluyevsky, said that during this training, a certain spacecraft that is able to fly at hypersonic speed, as well as maneuver along the course and altitude, was tested. Thus, it can be assumed that the launch of 2004 of the year had something to do with the current theme of “4202”.

At the very end of 2011, the Interfax news agency, citing a senior source in the General Staff, reported that in 2010, the strategic missile forces conducted the first successful test launch of a missile with advanced combat equipment. It was also reported that on December 27 a test launch of the UR-100N UTTH rocket was planned, carrying a new combat equipment with the ability to overcome existing and prospective missile defense systems. What kind of warheads were tested in 2010 and 2011, was not specified.

According to unconfirmed reports, two more test launches of the ICBM UR-100N UTTH with advanced combat equipment took place in 2013 and 2014. The Russian Ministry of Defense or the defense industry did not comment on this information. Thus, information from foreign sources on two missile launches with 4202 products on board may not be true.

The reason for the mass discussion this summer was the information about the testing of the hypersonic device "4202" at the end of February. According to some foreign publications and specialized portals, February 26 held another test launch of the product "4202", the carrier of which again became the UR-100N UTTH rocket. As before, the military did not refute or confirm the version of the tests of hypersonic technology.

If the available fragmentary information is true, then at present the prototype carriers of the 4202 / U-71 product are ballistic missiles UR-100НТТТХ. Nevertheless, these missiles can hardly be considered as carriers of promising military equipment used in combat duty. Products of this type have long been discontinued and are gradually being decommissioned.

Thus, one of the promising ICBMs currently being developed can become a real carrier of new combat equipment. Analytical center Jane's Information Group believes that the most likely carrier of military units of the type "4202" is a promising missile RS-28 "Sarmat". Assumptions about the composition of the combat equipment of such missiles are also expressed. Known information about the two projects suggests that the Sarmat rocket will be able to carry up to three 4202 products.

The current lack of information at the present time allows us to speak with confidence only about the very existence of the 4202 project and that the Russian specialists managed to achieve some success, bringing it, at least, to the stage of building prototypes of advanced equipment. Other information is still fragmentary or not available to the press, professionals and the general public.

According to various estimates, the use of hypersonic aircraft as warheads for ICBMs will significantly increase the strike potential of strategic missile forces. Due to their ability to maneuver, such delivery vehicles will be able to effectively break through existing and prospective anti-missile systems. Modern warheads flying to a target along a ballistic trajectory at high speed are quite a difficult target to intercept. A hypersonic device capable of changing the flight trajectory, in turn, will become an even more complex goal. Moreover, it has the right to the existence of the opinion that the interception of such targets at the moment is simply impossible.

If the existing assumptions about the purpose of 4202 products are true, then in the foreseeable future, the Strategic Missile Forces of Russia will be able to get a unique weaponable to significantly increase their combat potential. This means that ICBMs, already leading in a kind of race with a missile defense system, will receive an additional advantage, because of which it will be extremely difficult to catch up with them.

Ctrl Enter
Noticed a mistake Highlight text and press. Ctrl + Enter
We are
The missile defense system "Nudol". Data from The Washington Free Beacon and Known FactsThe US was scared of the Russian "project 4202"
24 comments
Information
Dear reader, to leave comments on the publication, you must to register.