October 2 2015
54
The real change of millennia was late from the calendar for 15 years ... If several years ago the situation in the world leading world media was determined by how many cups of coffee the American president drank a day, and to which country he was going to carry freedom and democracy, then now the Western media "Caught the millennium". Well, in the sense that before the onset of 2000 first, and then 2001 of the year, some people declared that some informational collapse or explosion would occur, and computers allegedly would rebel, "not rebuilding with the number 1999" ... So this collapse today can really be observed when studying the publications of a number of foreign (mostly Western) publications.


It creates the overall impression that the editors of Western newspapers, magazines, television channels, and Internet information portals cannot figure out what to do next. This, apparently, is like a sharp awakening in the illusion, when a person is not ready to orient and understand where he is, and what is generally considered a floor, and what is the ceiling ...

The Western information environment makes it difficult to comprehend what niche it needs to occupy and if there is any niche in which they are able to continue their work with the same activity. Naturally, the starting point of such an “information millennium” is the call of Russia to create a real working coalition on Syria, and then the beginning of the burning out of the terrorist contagion. Russia declared: “We are launching a military operation against those whose only name today horrifies the whole world; we begin and declare that the doors of the anti-terrorist coalition are open; reasonable forces, it will not work out - join to break the back of the terrorist monster. "

The terrorist monster strained and twisted in search of a deep mink. Those creatures fed from their hands even more tensed, and, in principle, they continue to feed (indirectly, and somewhere directly).

Western media is not just strained - they fell into a stupor. The fact is that if for many years they tried to compare what is called wooden with cold in terms of presenting “objective” information about Russia, then now it is strange to resort to the same method. After all, many foreign newspapers and magazines, hooked on anti-Russian rhetoric, for a long period of time perfectly understood the essence of their work: to write and speak, based on the “immutable” truth, according to which “US actions are a blessing; if US actions are not good, see point one. ”

Now the world for them is turned upside down. According to the “old regime” rule, the United States must be supported by definition, and Russia should be watered with shit. But in the new reality, Russia is struggling with international terrorism - moreover, with the official publication of the results of its actions, and Obama seemed to be the first to extend his hand to Putin at the UN, confirming the possibility of creating a united front against the same ISIL. Immediately after this, representatives of the US bureaucracy rushed to accuse Russia of its “wrongful” actions in Syria, and there is complete confusion in the Western media. Where is the "general line of the party"? .. 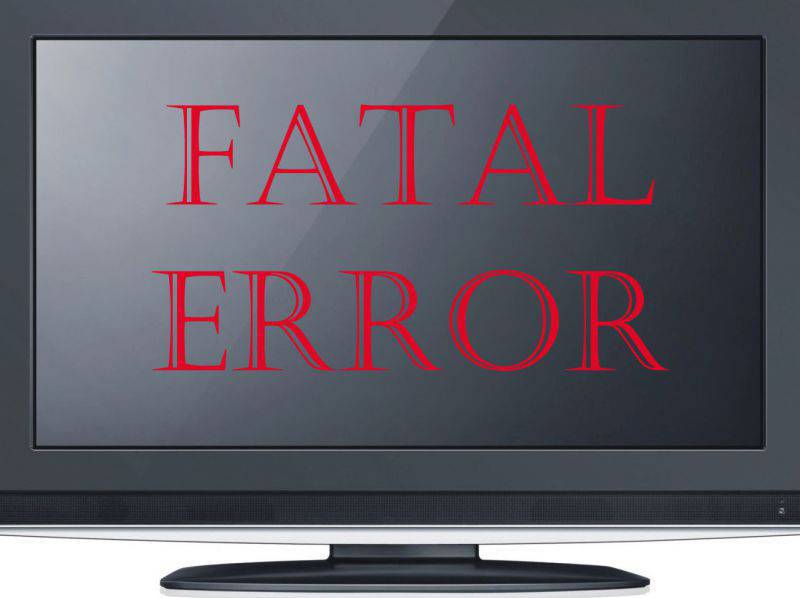 There are those who, according to McCain's "ideological," and do not depart from "reinforced concrete logic" about the rightness of the United States, even if Washington changes its position, like a windy young lady, several times a day ... But this approach clearly forces their readers, although the rudiments of objectivity, twirl a finger at the temple. And after all, losing the reader, who for decades, without any exaggeration, thought that Russia (the Soviet Union) was evil, and the United States was knights in snow-white clothes, such publications also do not want to.

There are those who seek to answer to themselves, and what, in fact, is so "negative" in the actions of the Russian Federation in Syria, and why is the United States, Saudi Arabia and some other countries demanding from the Russian Federation almost immediate termination aviation blows? The question is clear. After all, the Russian Federation strikes the militants, and Washington and Riyadh, which also strike the militants (well, at least they themselves say so to everyone ...), for some reason oppose the common counter-terrorism mission. It's really strange ... And the media could have given an obvious answer, if it weren't for one thing - well, they can't drive along the information western “oncoming lane” to reveal the truth ... Freedom of speech ...

"Doubters" are trying to save staff fakekomoty, issuing mountains filmed and published on YouTube and social networks video with "dead Russian bombs Syrian boys." Like, rather grab and insert into your materials, explaining that here "Putin’s bloody hand is stifling Syrian children." All the trouble for such feykomёtov that they are clearly in a hurry - if you are preparing to slander on Russia, then at least have patience and do not publish your "accusatory" commercials before Russian aircraft in Syria take off for the operation ... But first they shoot the video, then they begin to look for Russian planes in the sky, and by that time even the engines in Latakia did not have time to warm up the planes ... In general, a “very scary movie” is born ...

However, you shouldn’t row all with the same comb - there are some Western media that understand that, in fact, according to the “oncoming”, most of their colleagues in the shop are carrying. So, in the newspaper Florida Courier (USA) even before Vladimir Putin’s speech at the anniversary session of the UNGA and before the start of the Russian Aerospace Forces operation in Syria, Margaret Kimberly’s material entitled “Beware of anti-Russian propaganda” appeared in Syria. The journalist writes that the American press just stopped soberly looking at the world, she is trying to repeat the White House and the US Congress even at the moment when it looks more than strange. According to the American journalist, most American media discredit themselves by ignoring the obvious facts about Russia. Fragment of material Florida Courier:

It comes to the point of absurdity, and in this, it should be noted, there is nothing funny. In just one week, the New York Times gives out at once several materials that Russia shows its heartlessness, and that the Russians hate Americans.
But if the Russians really hate the Americans, then why the New York Times does not explain the position of the Russians. Why doesn’t he write that the United States violated the promise and are pushing NATO to the East, that Washington considers it possible to intervene in any foreign conflict, that information is being harassed against Russia just because it helps its allies? Why do they "purposely" forget that American economic sanctions are actually acting against the Russians?

The result of the article that Margaret Kimberly wrote for the United States is just suicidal:
So maybe America doesn't need the media at all? If they are going to repeat the words spoken by the White House representatives in parrots, what is the need for them? Everyone can hear the speech of the administration and without intermediaries ...

Yeah, but the Western media is really shaking. The truth literally seeps through the information iron curtain still lowered from the other side. And as a result of such a shake-up, either foolishness will come out, or the concussion will end only with new deformations of the Western consciousness. And what kind of deformations there are, it is well known: they saw a Syrian boy drowning in the Mediterranean Sea, and thousands of dead like the boys (and not only) under the shelling of militants - they do not see; Assad, who defends the integrity of his country, is an illegitimate tyrant and murderer, and Poroshenko is a popular favorite, a democrat and an altruist ...

Ctrl Enter
Noticed oshЫbku Highlight text and press. Ctrl + Enter
We are
Situational analysis of the death of the MH17 flight (Malaysian Boeing 777), made on the basis of engineering analysis from 15.08.2014Results of the week. “Why is the war going on? Do they not read newspapers? ”
Military Reviewin Yandex News
Military Reviewin Google News
54 comments
Information
Dear reader, to leave comments on the publication, you must to register.