History of the 763 Fighter Regiment

Silently in the sky, they looked up to
Putting a fat point dream.
Evgenia Polyakova 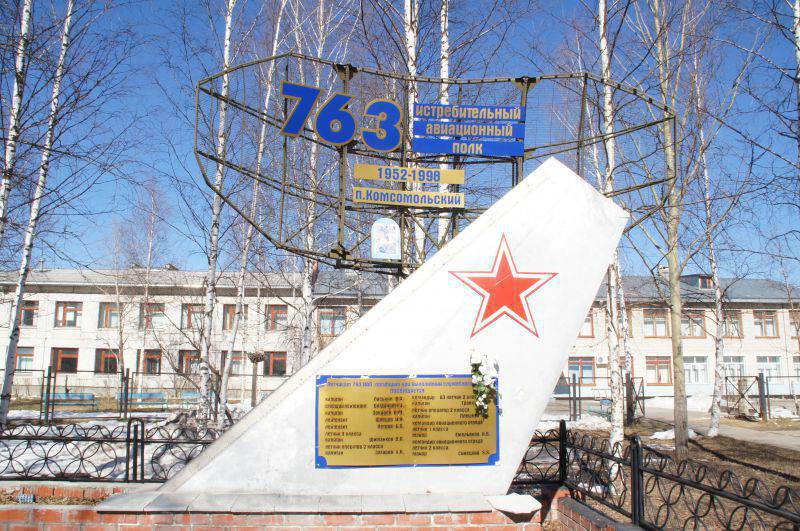 The warming of relations with Western countries in the middle of 1950, Khrushchev’s trip to the United States, the course towards disarmament and limiting the use of nuclear weapons, it would seem, they should have forever turned the North into a distant rear. But, on May 1, 1960, the U-2 piloted by Powers crossed the USSR state border and was shot down near Sverdlovsk. The US president officially stated that the pilot got lost while carrying out the mission of meteorologists, however, the Soviet side quickly denied these allegations, presenting to the world fragments of special equipment and the testimony of the pilot himself. Such walks along the old Ural industrial region and the possibility of American far aviation to do something similar on the north side over the new West Siberian industrial region, the military and the leadership of the USSR made us think. 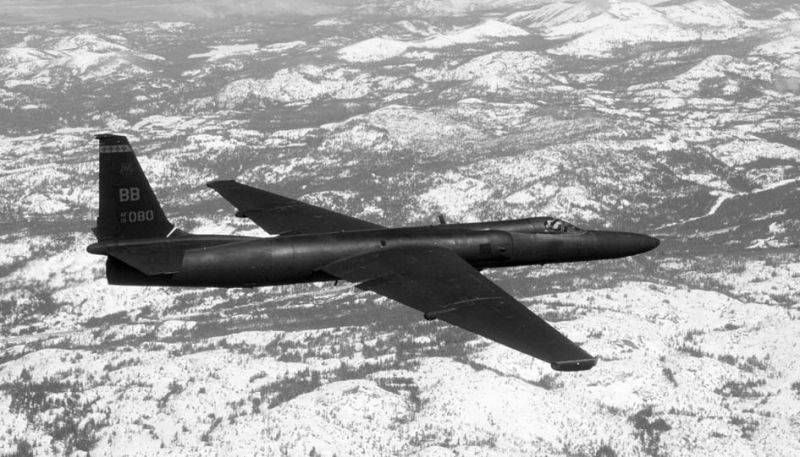 To strengthen the borders of our state, protect the airspace from the north, the USSR government decided to build in the village of Mansiysk Khanty-Mansiysk Autonomous Okrug military airfield - Mansiysk-63. In August, 1963 was stopped at a small Mansiysky railway station by an echelon with two military construction units and equipment. The battalions were tasked to build a runway, taxiways, parking lots, fuel storage and other facilities.

At the site of the proposed airfield, there was already a small civilian airfield and a helipad (which were later moved to a permanent place in the settlement of Sovetsky). There were small aircraft, such as An-24. The military builders settled down nearby, and began to prepare for the winter - they dug dugouts, prepared firewood. In 1964, we began deforestation, uprooting stumps for the construction of the runway. The first landing worked until 1967, and then a new division of military builders began to build barracks, housing, a laundry, a bakery, a bathhouse, a canteen, in a word - everything that was supposed to ensure the normal life of the military town. 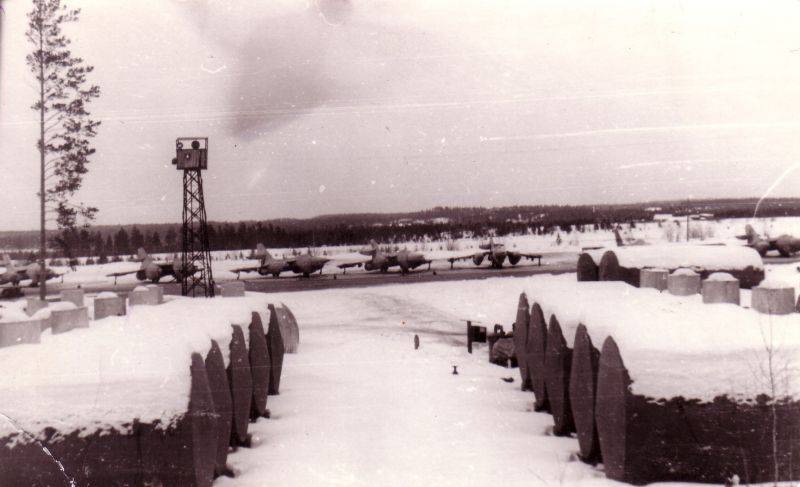 But began история Creation of 763 IAP from February 1952 in the village of Savino, Molotovskaya (Perm) region, which was part of the air defense fighter division of the Ural region. From 17 in March 1953 in the 763 aircraft fighter regiment began to arrive combat aircraft "Mig-15 bis."

5 July 1953, Commander of the Air Defense Forces of the Ural Region, Lieutenant-General A.V. The knight 763 of the aviation fighter regiment was handed the Combat flag of the unit. In 1955, in connection with the upcoming rearmament, one 763 AIP squadron was transferred to a new full-time unit. The regiment received the first 4 aircraft "Yak-25".

From 1 December 1965, the personnel of the regiment began to relearn the Yak-28 n interceptor aircraft. In April 1966, the regiment received the first 5 combat aircraft "Yak-28 n". 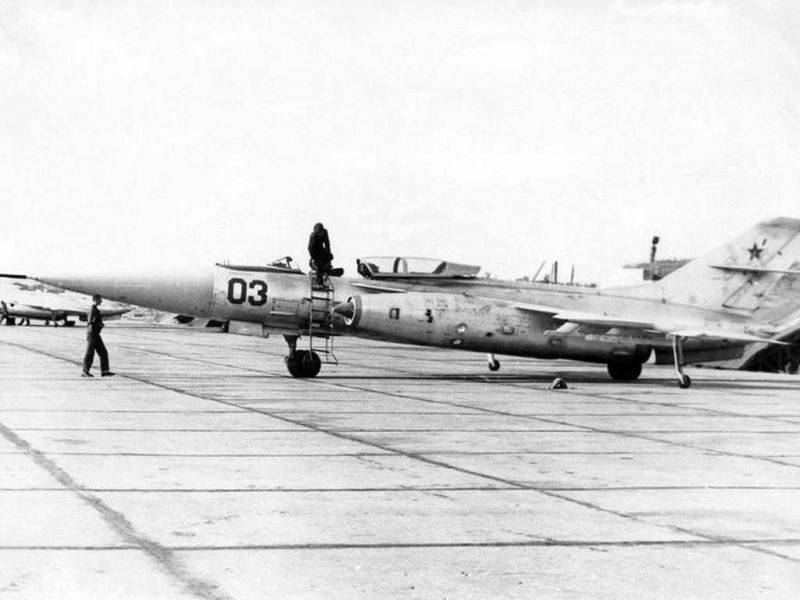 15 December 1968 The pilots of one of the squadrons of the 763 Aviation Fighter Regiment took over the first combat duty in the garrison of Mansiysk, Tyumen Region. Later, the garrison was named Komsomolsk-2. In 1969, the entire 763 aircraft fighter regiment of the air defense forces redeployed to the territory of the Khanty-Mansiysk National District. At this point, the regiment ranked first in the air defense forces in its combat readiness. “When the Americans flew up to neutral waters, they took off from the Kara coast, stationed in Amderma, then our Komsomolsk-2 was put on alert.” We sat in cramped cabins even in 45-degree frost. In high boots, high-altitude compensating suit with a pressure mask and a fur jacket. After 25 minutes alternated, because it was possible to freeze to death, - says the fighter pilot, reserve lieutenant colonel Alexei Gubin. - Our main goal, in the event of an enemy attack, was the American ultra-long strategic B-52 missile-carrier bombers. They represented a particular danger - they carried 24 missiles with nuclear warheads on themselves and could even hold 2 thermonuclear bombs. Rockets launched at 600-700м were very difficult to detect with our locators. This is possible when the “winged threat” is already in 45 kilometers from the target. But the rocket flies at a speed of 800 km per hour and overcomes this distance in 3 minutes ... Therefore, in the event of a violation of the border, we had to open fire. ” Already from here in 1969, the 22 crew on the YAK-28 aircraft with support units under the leadership of B. V. Bykov were sent on semi-annual combat duty in Transbaikalia during the famous Soviet-Chinese confrontation. 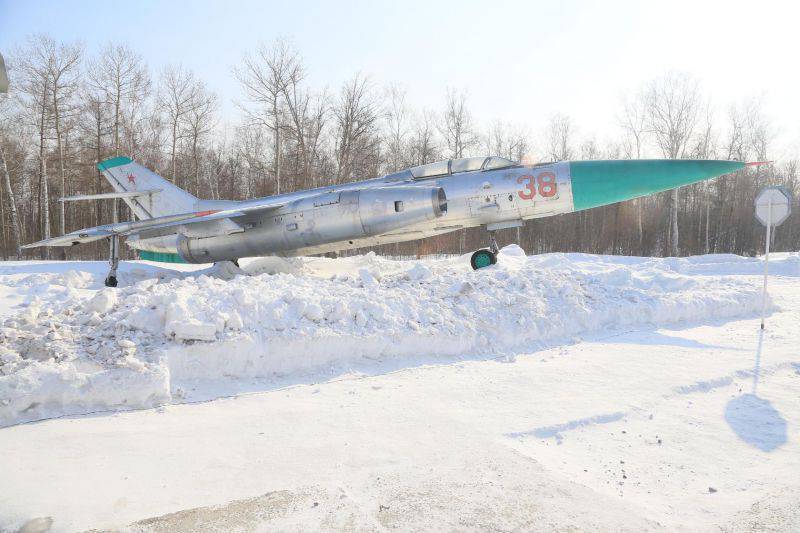 In the entire history of its existence, the 9 regiment was once awarded with the rolling Red Banner of the Urals Military District, it was entered into the Okrug Book of Honor. In April, the regiment 1970 was awarded the Lenin Jubilee Certificate of Honor. 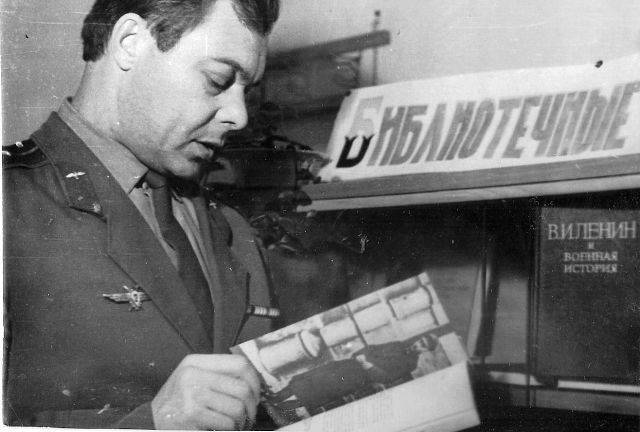 In 1983, the regiment began retraining on aircraft with great combat capabilities — the MiG-31 and the MiG-25.

For mastering the technology, pilots Chernov, Popov, Vasilyev, Gubin, Malygin, Larin were awarded the Order For Homeland Service in the USSR Armed Forces 3 degree. The emergence of new aircraft coincided with the deployment of ALCM strategic aircraft cruise missiles in the United States. From the memoirs of the regimental veteran, author of the book “Life is only a MiG”, O. A. Bargilevich: “The new fighter was a timely and adequate response to the new American threat. It became virtually the only means capable of intercepting B-52H carrier planes at a great distance from the borders of the Soviet Union before they launched their missiles (and each Stratofortress carried 12-20 KR). The MiG-31 with the multi-channel Zaslon complex could also fight with cruise missiles themselves (not only ALCM, but also Tomogawks, launched from atomic multi-purpose submarines), which were not good for other air defense interceptors.
The runway, 3500 meters long and 44 meters wide, was capable of receiving any type of aircraft. From both ends towards the middle of 800 meters there was a double layer of plates. Any transport plane or a strategic bomber could get on it. The technical and operational part provided timely repair and maintenance of aircraft and engines. There were own fleets, warehouses, developed infrastructure. 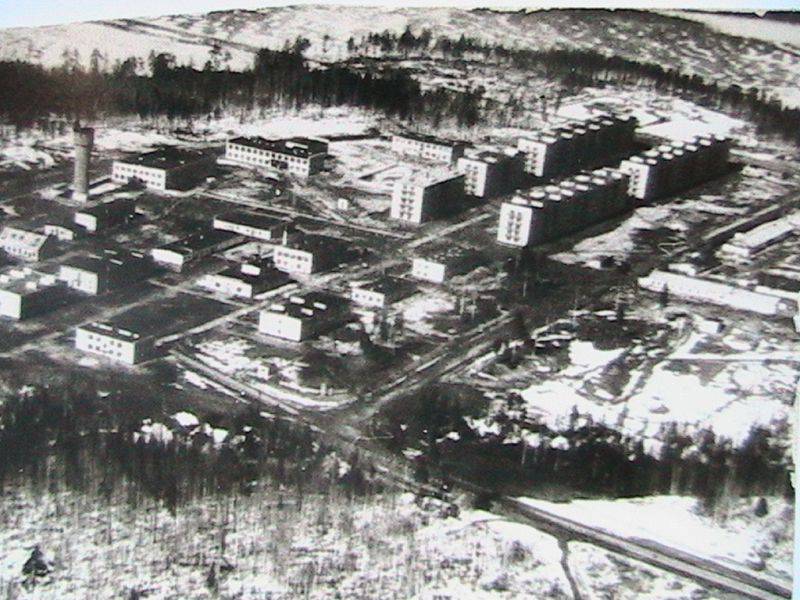 Gradually, by the second half of 1980's, the 763 PAI became one of the best-trained and best regiments of Russia, which was repeatedly confirmed during training. The crews of the 763 PAI are the only ones in the country who flew in squads at night. According to the memoirs of the commander 763 AIP of those years, Colonel F.V. Zaynetdinova, “the regiment was confronted with the main combat task of preventing the potential enemy from striking the oil and gas production and transport facilities from Yamal to the Urals. The planes of the probable enemy had to be intercepted at the maximum available range, therefore our defense was built according to the zonal type. We went to the Kara Sea, for which we used the airfields of the “jump” of Berezovka (near the town of Pechora) and Nadym. ”

But came the dashing "nineties", which raced on the fate of many people. There was no that country. And in May, the 1998 763 Aviation Fighter Regiment disbanded. Many pilots were transferred to other units for further military service. Some pilots and technicians remained in the garrison, going to the "citizen" work in the city of Ugra, which was formerly called Komsomolsky. 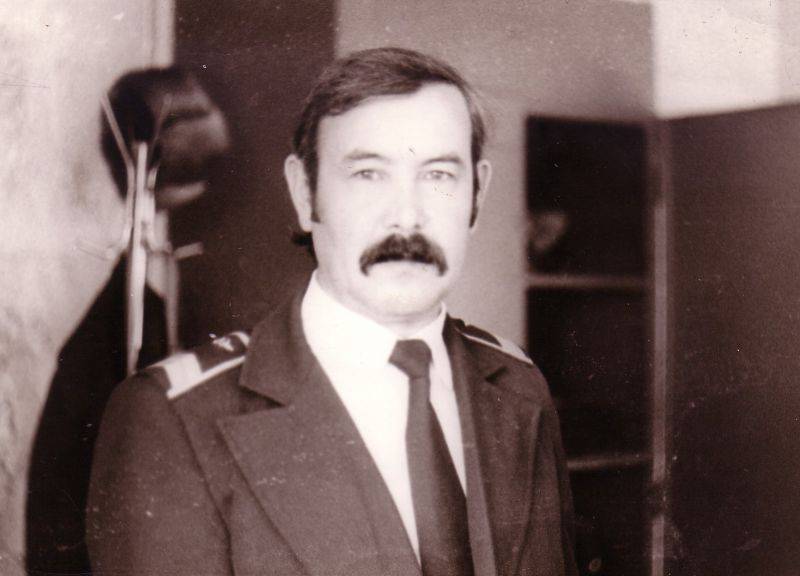 Pilot-operator captain of the stock Zakirov M.I. Worked as head of the helipad in Komsomolsky (Yugorsk)

Author:
Mangel olys
Photos used:
Including from the personal archive

Ctrl Enter
Noticed a mistake Highlight text and press. Ctrl + Enter
We are
Heaven - Freedom, Heaven - WorkAn-12 in Afghanistan
23 comments
Information
Dear reader, to leave comments on the publication, you must to register.