In Kiev, believe that the Russians are preparing to annex Damascus

October 2 2015
61
There is such an opinion: at the moment Syria is more important for Ukraine’s world security than Ukraine, since “IG” terrorism is a global problem, and Ukraine is local. Kievans, of course, do not agree with such an oppressive approach. The Ministry of Foreign Affairs of Ukraine has already issued a letter in which it scolds the aggression of the aggressor. Ukrainian diplomats are confident that Russia's actions in Syria are similar to those in the Crimea last year. Prime Minister Yatsenyuk went even further and said that sending Russian troops abroad would bring down the security system in the world. 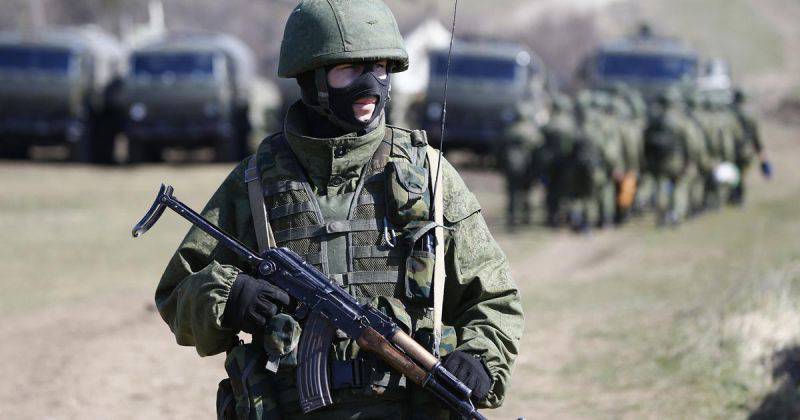 "Ukrainian Truth" referring to the German yellow press in the late evening of September 30, it issued a material in which all sorts of passions are told about the Russian military who kill women and children in Syria. The publication writes that “Russian aviation began to bomb Syrian cities in which rebels operate, and as a result of airstrikes, "dozens of people died, including civilians, women and children." The source is the newspaper Bild, citing "reports from local human rights defenders and activists."

The same article contains remarkable excerpts from a fresh statement by the Ministry of Foreign Affairs of Ukraine. It turns out that his staff were deeply concerned about the decision of the Federation Council, which allowed Russia to use troops abroad.

The Ukrainian Foreign Ministry "with deep concern received the message about the approval in a closed manner by the Council of Federation of the Federal Assembly of the Russian Federation on the use of the Armed Forces of Russia outside the state."

Midovites even managed to spend historical parallel: “A similar decision of the Russian Federation of March 1, 2014 led to the occupation and annexation of the Autonomous Republic of Crimea and the city of Sevastopol and caused an unprecedented security policy for the crisis in Europe.” And they declared about the “aggression of the aggressor”: “We consider another carte blanche for the use of the armed forces of the aggressor state against the backdrop of ongoing aggression against Ukraine as a threat to national security and a step that undermines a peaceful settlement in accordance with a set of measures to implement the Minsk agreements on the eve of the summit in Norman "format in Paris on October 2".

What is the “security policy of the crisis” and how the Minsk agreements concern Damascus, the Foreign Ministry did not specify. Probably, any actions of Russia in the sphere of international politics will now be announced by Kiev as “aggressive”, similar to the “occupation and annexation” of the Crimea and “undermining” the Minsk agreements.

Nor did the distinguished Kiev speaker Yatsenyuk keep silent.

He said that the Kremlin’s decision to send troops to Syria is a step towards the destruction of the global security system.

“I believe that after the UN General Assembly, after the 70 session, the adoption of such a decision by the Russian Federation is another step towards destabilizing the global situation, tension in the world, continuing the military conflict, and Russia is personally responsible for that,” Yatsenyuk words Interfax-Ukraine.

The Prime Minister announced this at a cabinet meeting.

“The decision to send troops and grant permission to the Russian president to send troops to any country in the world is a step towards the destruction of the global world security system. This is unacceptable. And the reaction of the international world community should be urgent in this matter, ”Yatsenyuk believes.

He also drew a parallel between Syria and Ukraine. According to him, the Russian troops were sent to Ukraine without a decision. These troops have long been located in the Crimea, and in Donetsk and Lugansk regions.

Everybody knows for a long time, let us add on our own that Yatsenyuk, like Poroshenko, is constantly seeing Russian troops that have captured almost the entire planet (Washington is still holding, and New York has already fallen: after all, Putin has been there). It seems that the heat of paranoid passions reached its apogee: Yatsenyuk decided that the Russians had gathered to destroy the “global global security system.” What is the difference between “global” and “world”, the tongue-tied minister did not specify. What should be the reaction of the "international world" community, the speaker, competing with Cicero, also did not say. Probably, Putin, who decided, along with Assad, to strike at the terrorists, thereby encroaches on the fundamentals of security, which, at the very least, provide freedom fighters for freedom and faith from the IG. In this case, Yatsenyuku time to grow a beard and go to battle with the "infidels" in Syria. Set an example to the "international world" community.

The behavior of Kiev a little goes beyond the framework outlined recently by this very community, more precisely, by Barack Obama and John Kerry.

Recall in an interview with the TV channel CNN the US secretary of state explained that the United States refused to demand the immediate resignation of the Syrian President. John Kerry acknowledged that Assad’s immediate resignation could destroy civilian institutions and lead to “collapse.” “We need to ensure an orderly transition, a managed transition,” the state secretary said, “so that there is no fear of revenge and no fear for life.”

With a sigh, Mr. Kerry admitted that the previous US approach to the change of power in Damascus was not viable. In addition, he called "an opportunity" for Washington to involve Russia in the resolution of the Syrian conflict.

It turns out that Yatsenyuk and the Ukrainian Foreign Ministry went against the United States. Washington and Moscow agree; Kiev residents object to both. You can’t say anything: stern guys who can stand on their own and carry out an independent policy.

The network has already appeared comments of experts. "Moscow Komsomol" cites a reply from Alexei Mukhin, General Director of the Center for Political Information, who responded to Yatsenyuk’s loud statement.

The expert does not understand, “on what grounds does he (Yatsenyuk) take responsibility for speaking for other countries”. According to Mukhin, Ukraine, which positions itself as the vanguard of the fight against “Russian aggression”, such statements are simply beneficial.

The publication recalls the words of another prominent Ukrainian politician - President Petro Poroshenko. He said earlier that the appearance of Russian troops in Syria "reminds the beginning of the annexation of the Crimea and the aggression in the east of Ukraine."

Otherwise, Russian experts are looking at the actions of Russia in Syria.

“The war on terrorism in Syria, in particular, with the“ Islamic State ”is a global problem. And Russia, as one of the main players in the international arena, offers itself as one of the main pillars of the international antiterrorist coalition, for the actions of the United States in this regard are ineffective. As Vladimir Putin said, there is a feeling that the West, on the contrary, seeks to support the “Islamic state” as a kind of tool for achieving its geopolitical goals, ”the correspondent said "Reedus" Member of the Public Chamber of the Russian Federation Georgy Fedorov.

According to the expert, the conflict in Ukraine is more a regional issue, and the war on terrorism in Syria can touch everyone.

Professor Oleg Matveychev, who also gave an interview to “Reedus”, artistically estimated Poroshenko’s political statements at the UN - called that “a pathetic pygmy unworthy of attention.”

“Serious uncles talked at the UN, and discourse about worthless pygmies does not belong here. With Poroshenko and his entourage, we will do as we please. The clash of superpowers on the Middle Eastern front, the spread of terrorism and the topic of refugees are much more serious challenges. And Putin’s proposal to create an international coalition is most welcome here. And, as the president rightly said, such a coalition can only be formed around the legitimate leader of Syria, Bashar Assad. He is the only one who today is really opposed to the “Islamic State” and bears almost the entire burden of the war with Islamic radicalism. ”

We will add Kiev on our own, in Russia's actions, seeking confirmation of its own fantastic theses on "aggressive aggression" and on the plans of the Russians for "the destruction of the global world security system." This, and only this, explains the paranoid statements of the inhabitants Ukrainian Chamber Ukrainian cabinet, starting with Yatsenyuk and ending by patients foreign ministers. He heads a platoon of paranoids Pan Poroshenko, who saw in the Syrian actions of Russia a situation reminiscent of "the beginning of the annexation of the Crimea."

Ctrl Enter
Noticed oshЫbku Highlight text and press. Ctrl + Enter
We are
Situational analysis of the death of the MH17 flight (Malaysian Boeing 777), made on the basis of engineering analysis from 15.08.2014Results of the week. “In our cooperative, the board is always agreed”
61 comment
Information
Dear reader, to leave comments on the publication, you must to register.