October 1 2015
46
Journalists Reuters write that Russia seized the initiative from the United States. The analytical material of the news agency states that the failure of Obama’s “new” military doctrine became apparent literally a year and a half after its (doctrine) adoption. We are talking about the doctrine that Obama very emotionally represented at the Academy of West Point.


RIA News leads the translation of a fragment of material Reuters:
In Syria, US-trained opposition fighters hand over ammunition and ammunition to al-Qaeda fighters. In Iraq, the struggle of American-backed government forces against the Islamic State has reached an impasse. In Afghanistan, the Taliban seized the capital of one of the provinces, the first time since their expulsion in 2001 year. Despite US investments in countering terrorism, estimated at least at $ 90 billion, Obama didn’t find enough reliable allies to take responsibility on the battlefield, and it seems he couldn’t find enough suitable options. to save the situation. 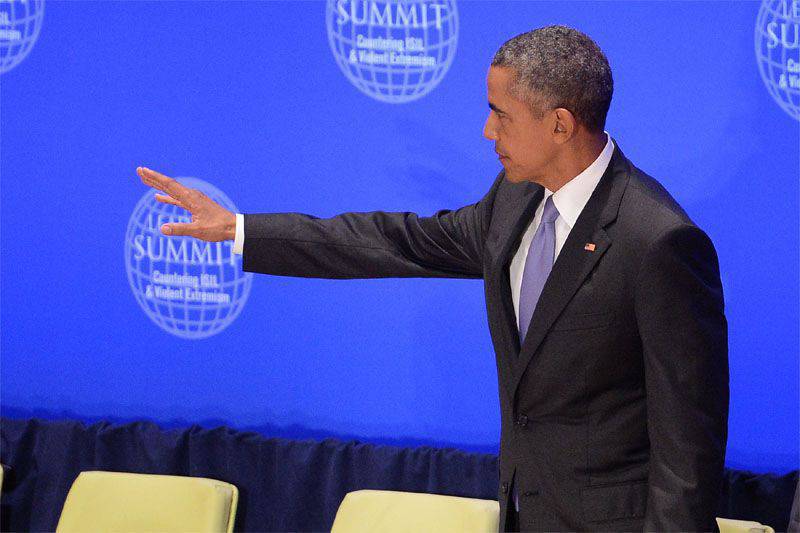 Further, Reuters analysts say that the seizure of Moscow’s initiative in the fight against terrorism completely stunned Washington.

Reuters:
Unexpected actions by Russia (...) demonstrated the erosion of Washington’s influence in this region (in the Middle East).

The material says that recently a number of politicians in the United States criticized President Obama for his indecisiveness in actions of a forceful nature. This leads, according to Reuters journalists, to the fact that the American president rushes from side to side, demonstrating the rashness of actions and decisions. Obama is trying to show, as it were, that he remains a strong president, moreover he is ready for a compromise, but in the end everything leads to the fact that the States seem to be losing their solvency in the international arena.

Ctrl Enter
Noticed oshЫbku Highlight text and press. Ctrl + Enter
We are
US expert community is trying to identify ways out of the Afghan impasse
Military Reviewin Yandex News
Military Reviewin Google News
46 comments
Information
Dear reader, to leave comments on the publication, you must to register.