In the skies of Europe: Su-35 vs. Eurofighter Typhoon 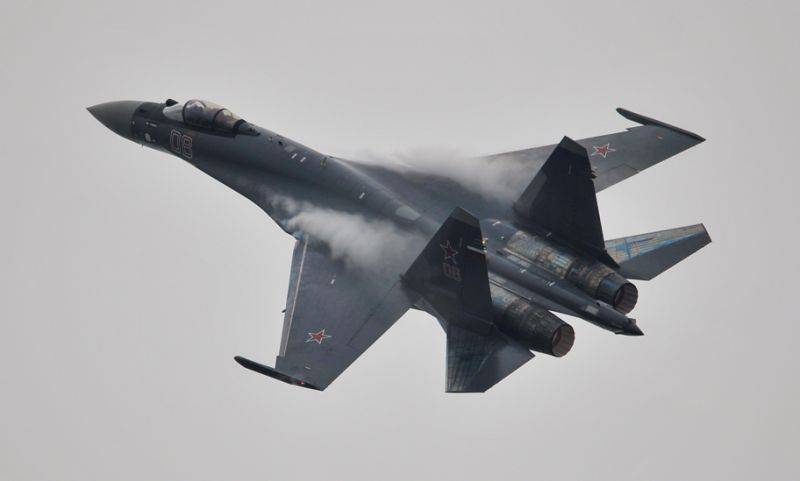 Recent comparisons of Russian and Western military equipment are regularly conducted by foreign media. As you might guess, Western experts believe that their equipment is better. Russian specialists think the same way.

National Interest magazine last week compared the capabilities of Su-30 and F22. Now the turn has reached European fighters. A military columnist for the American edition, Dave Mazhumdar, tried to figure out who would win the air battle: the Russian multi-role fighter Su-35 or the European Eurofighter Typhoon.

The choice for comparison is not accidental, because Eurofighter is in service with the air forces of many European countries, including the UK, Germany, Italy and Spain. NI believes that he will be able to withstand air combat against the best Russian fighters without any problems. Such, for example, as Su-35.

The recent training flights of the Typhoon Air Force of the United Kingdom with the Su-30 MKI of the Indian Air Force show that these aircraft are quite comparable in flight and other characteristics.

"The first impressions of Flanker (this is the name of the Su-35 in NATO terminology) are very positive," said the British squadron commander Chris Moon, who participated in those flights, in an interview with NI. "This is a great aircraft, and we are very proud that we managed to fly close to him on our typhoon. ”

Indian pilots have the most favorable impressions of European fighters. They believe that the Su-35 and the Eurofighter Typhoon are approximately equal.

“Both are of the fourth generation,” explained the commander of the Indian squadron, Avi Arya. “Both have quite comparable characteristics. In the first place there is a pilot sitting at the helm. "

The main thing in cases of confrontation between approximately equal planes is the full use of the strengths of the air vehicle and the avoidance of weaknesses.

The main advantage of the Su-35, according to NI, is its excellent maneuverability thanks to thrust vectoring engines.

European fighters are much better, according to Dave Mazhumdar, the cockpit and its interface, as well as sensors.

However, the main advantage in the very near future will be the “Meteor” missiles, guided long-range air-to-air missiles with an active radar seeker. Until Su-35 appears weapon With the same power and efficiency, Eurofighter Typhoon will have a definite advantage in combat.

Russian military experts disagree with this conclusion. For example, a military observer Viktor Litovkin, who believes that the Su-35 is more functional and is able not only to fight the enemy in the air, but also to destroy targets on land and water, as well as to support the advance of the ground forces.

In terms of ammunition Su-35 exceeds Typhoon one and a half times: 9 and 6,5 tons, respectively.

Our fighter is able to detect the target at a distance of 400 km, and the European - only 300. In addition, according to Viktor Litovkin, Typhoon, unlike the Su-35, is not equipped with a warning system about launching enemy missiles. Meanwhile, this system gives the pilot several precious seconds to maneuver.

In conclusion, the Russian expert concludes that due to better maneuverability, the Su-35 has more chances to defeat the Eurofighter Typhoon in aerial combat.