The Day of the Ground Forces is celebrated in Russia

October 1 2015
43
Based on the decree of the President of the Russian Federation No. 549 dated May 31, 2006 "On the establishment of professional holidays and memorable days in the Armed Forces of the Russian Federation", the Day of the Ground Forces is celebrated annually on October 1. SV is a huge military conglomerate, which consists of tank, motorized rifle, engineering troops, communications troops, radiation, chemical and biological defense, air defense troops, missile troops and artillery, as well as from reconnaissance formations and military units. 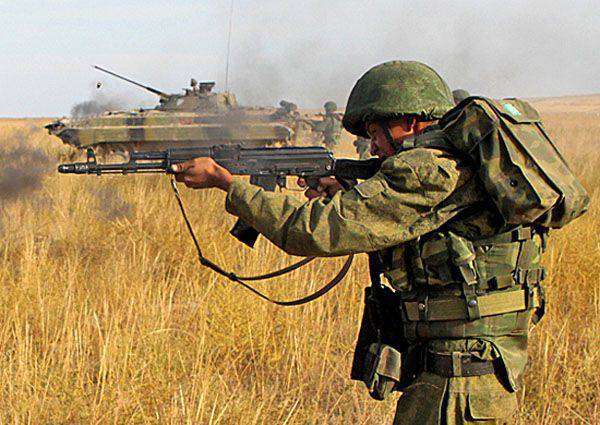 The Ministry of Defense of the Russian Federation defines the Ground Forces as the main type of the Armed Forces of the Russian Federation, which has gained high mobility in all recent years of intensive exercises and training and is ready to perform almost any combat missions on land. Troops consist of permanent readiness formations capable of achieving success in a wide variety of training and combat conditions, with the presence of the most multi-level and divers profile inputs.

The modernization of the Armed Forces of the Russian Federation, of course, also applies to the Ground Forces. One of the most important areas of modernization in the army is the introduction of an automated tactical command and control system. Such a system allows you to effectively implement the broadest functional set: control, communication, EW, navigation, recognition.

The newest operational-tactical Iskander-M missile systems are delivered to the missile formations, which, with well-placed deployment, reduce to zero the effectiveness of the proliferation of elements of the American missile defense system in Eastern Europe. There are opportunities for placing Iskander-M in the most western region of Russia. Taking into account the radius of destruction of targets - up to 500 km, the potential deployment of these OTRKs in the Kaliningrad region effectively eliminates the threat associated with plans for the Americans to supply the latest B61-12 controlled atomic bombs to Germany. So, from Baltiysk to Berlin in a straight line - no more than 490 km, and it is unlikely in Germany that adequate people in the military department ignore this fact in relation to the capabilities of the Russian Iskanders. 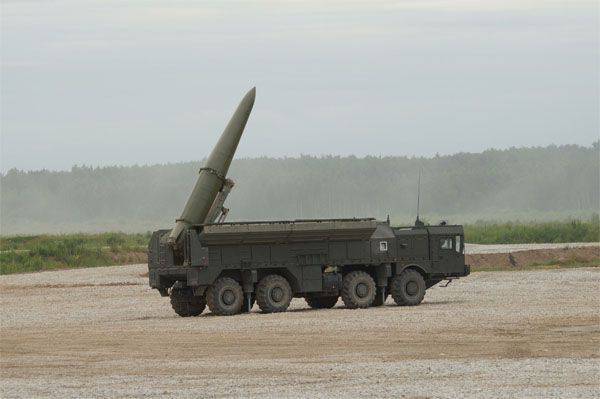 The same military equipment may well be on the Kuril Islands, for which their views are from the "comrades" from Tokyo - the city, which, for a second, is the capital of the only official empire on the planet (with the official emperor), but it also did not conclude a peace treaty with RF. Strange, but in the presence of such legal provisions, for some reason, Russia hears in its address constant accusations that it "did not run out of imperial ambitions" ...

Artillery combined-arms formations receive the latest Tornado-G (C) multiple-launch rocket systems, as well as Msta-S self-propelled howitzers with an ACS designed for precise targeting of a howitzer gun. It is supplied with the Khrisanthema-S ATGM. This is one of the most powerful land anti-tank complexes, with a large effective range of fire, high rate of fire and increased security. The complex can be used both in defensive and offensive operations. 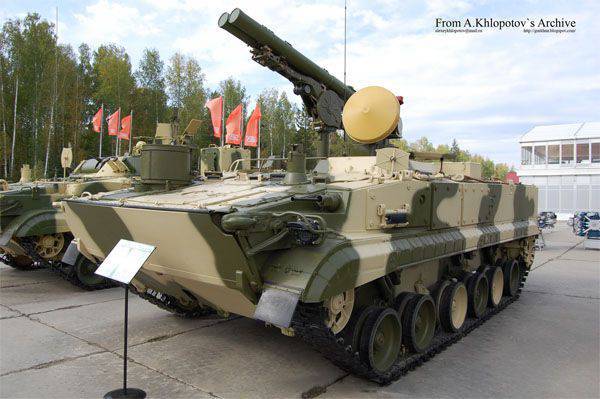 It does not bypass the modernization and tank troops as a segment of the Ground Forces. The domestic tank T-70 “Armata”, demonstrated at the Parade in honor of the 14 anniversary of the Victory, forced Western “friends” to announce that the Russian machine clearly surpasses the existing models. Germany began urgent work on the creation of the "German answer Armata." It would seem that such an assessment looks a bit premature, but the Armata T-14 test cadres that were subsequently published showed that the “partners” were not at all misleading when they evaluated the potential of the brainchild of Russian tank construction.

According to representatives of the Ministry of Defense of the Russian Federation, exclusively professional military personnel will be involved in the operation of the T-14. 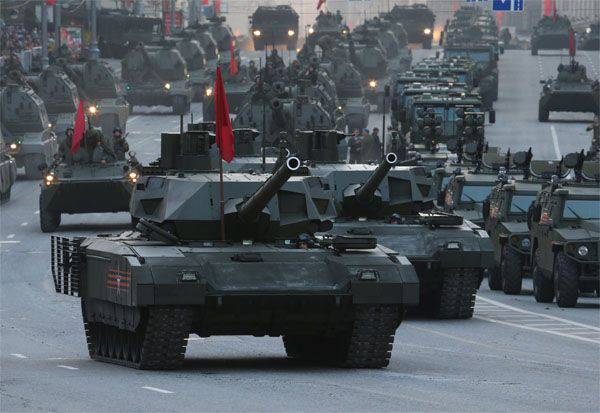 Modernized units of equipment - T-72B3 tanks, brought to the level of T-90, also BTR-82А, and other equipment come into units and formations of the Ground Forces.

Tasks modern ground forces are divided into tasks in peacetime, the threatened period and wartime:

maintaining combat potential, improving the combat and mobilization readiness of troops to repel aggression on a local scale;
ensuring the readiness of troops for the implementation of measures of mobilization and operational deployment to repel enemy aggression;
preparation of command bodies and troops for conducting military operations in accordance with their mission;
the creation of stocks of weapons, military equipment and materiel in volumes that ensure the solution of the tasks facing the Ground Forces, and their maintenance in readiness for combat use;
participation in peacekeeping (restoring) operations conducted through the UN Security Council or in accordance with the international obligations of the Russian Federation;
participation in the aftermath of accidents, disasters and natural disasters;
participation in the implementation of measures for the operational equipment of the country.

The period of threat:

increasing the composition and increasing the combat and mobilization readiness of the troops;
the strengthening of the forces and means of combat duty and intelligence for the actions of the enemy forces;
operational deployment of groups of troops in threatened areas, including coalition, in accordance with the CIS Collective Security Treaty;
an increase in the volume of ongoing military training of citizens in the reserve;
participation in the conduct of individual activities of territorial defense;
preparing weapons and military equipment for combat use, increasing the base of material and technical support and the capabilities of repair agencies;
cover the state border of the Russian Federation;
preparation of the first defensive operations.

performing tasks according to the strategic deployment plan of the RF Armed Forces;
localization (suppression) of possible military conflicts, repulse of enemy aggression by troops in peacetime, and, if necessary, with the mobilization of formations and military units;
conducting, jointly with other types and genera of troops of the Armed Forces of the Russian Federation (with the participation of the armed forces of the CIS member states that have signed the Collective Security Treaty) defensive and counteroffensive operations to defeat the aggressor;
participation in repelling the enemy's aerospace attack, conducting airborne, amphibious and other joint operations of the Armed Forces;
participation in the conduct of territorial defense (protection and defense of important military, government facilities and communications facilities; fight against sabotage and reconnaissance and terrorist forces and enemy assault forces; ensuring the establishment and maintenance of martial law).

His history The ground forces are actually from the appearance of the first Russian squads, but officially the history of the troops with their current name began in the post-war 1946 year, when the Main Command of the Ground Forces was created in the Armed Forces - the governing body of the formed type of troops. The first commander-in-chief of the Army of NE was the renowned Marshal of the Soviet Union Georgy Zhukov - Marshal of Victory. 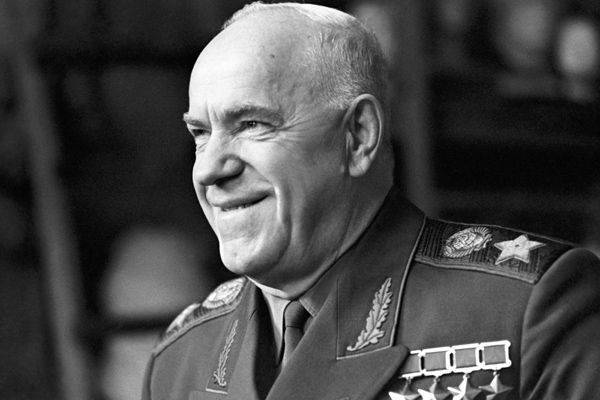 "Military Review" congratulates all the servicemen and veterans of the Ground Forces on the holiday!

Ctrl Enter
Noticed a mistake Highlight text and press. Ctrl + Enter
We are
ARMY-2016. The latest complex of biological protection
43 comments
Information
Dear reader, to leave comments on the publication, you must to register.