"Admiral Gorshkov" arrived at the White Sea base for state tests

30 September 2015
74
The latest frigate Admiral Fleet Soviet Union Gorshkov ”(project 22350) arrived at the White Sea naval base of the SF to undergo state tests, said a spokesman for the fleet, Vadim Serga. 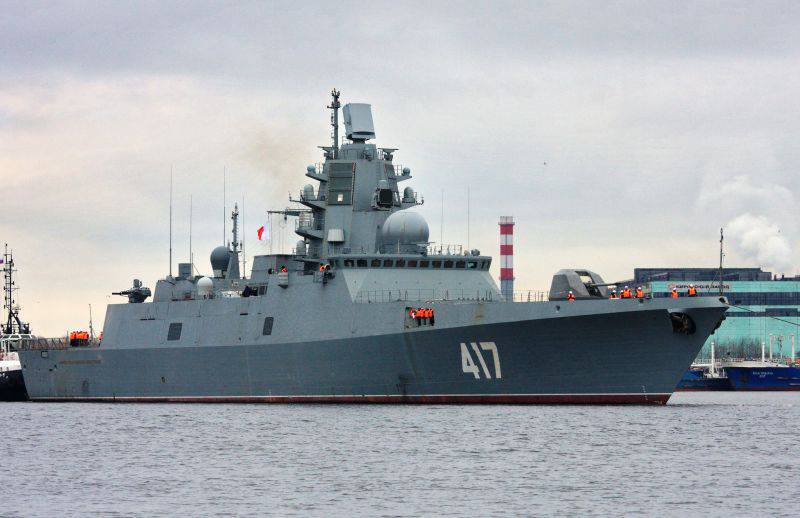 "Currently, the frigate moored at one of the berths of Severodvinsk", - quotes Sergu newspaper MIC.

"In the near future, the crew of the lead frigate of the 22350 project, together with industry, will have to proceed to state tests of the ship in the combat training grounds of the Northern Fleet in the White Sea," the officer said.

According to him, during the transition from Baltiysk, which lasted 8 days, "the crew of the frigate and industry representatives tested the ship's navigation systems, communications, detection and navigation."

The representative of the Federation Council noted that based on the Baltic Fleet, "the ship has successfully passed the stages of factory tests, including high-speed, maneuverable and vibration tests."

In addition, “at the naval ranges of the Baltic Fleet, the ship successfully completed artillery and missile firing and completed anti-submarine missions in conjunction with naval aviation».

The frigate's groundbreaking ceremony took place in February 2006. It is expected that by the end of the year the Admiral Gorshkov will become part of the Navy.

Ctrl Enter
Noticed oshЫbku Highlight text and press. Ctrl + Enter
We are
ARMY-2016. The latest complex of biological protection"Admiral of the Fleet of the Soviet Union Gorshkov" of the 22350 project - transition from St. Petersburg to Kronstadt
Military Reviewin Yandex News
Military Reviewin Google News
74 comments
Information
Dear reader, to leave comments on the publication, you must to register.