In the United States for military ships developed "communication parachutes" 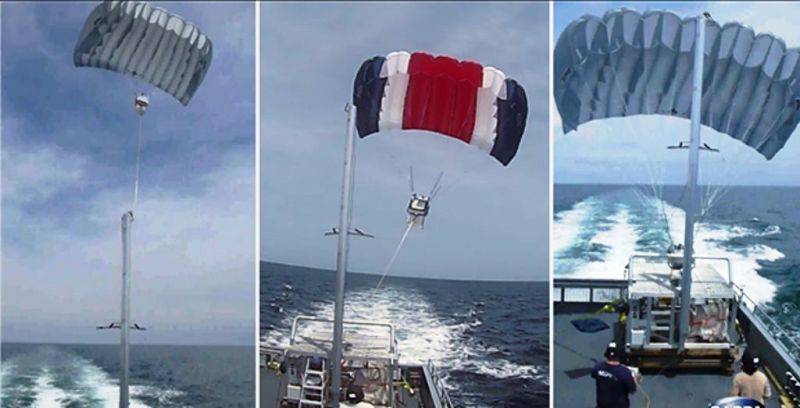 According to the portal, "the TALONS system consists of a parachute-wing, automatic winches and communication cables."

According to the Pentagon, "an inexpensive parafoil launched from a ship will be able to carry various payloads, including communications equipment and surveillance systems."

Such a parachute can raise to a height of up to 450 m more than 60-kg equipment, thereby significantly increasing the range of the system. 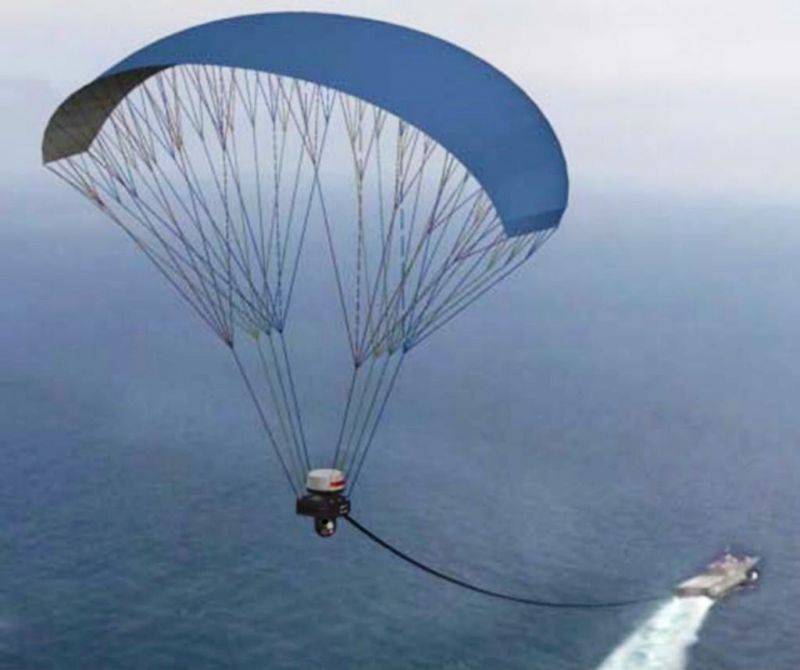 The equipment has already passed a series of tests on land and at sea, the final test remains. Based on its results, a final decision will be made on the possibility of operating the system.

Ctrl Enter
Noticed oshЫbku Highlight text and press. Ctrl + Enter
We are
Developments in the field of automatic guns and ammunitionAccurate air discharge
16 comments
Information
Dear reader, to leave comments on the publication, you must to register.