A piece of Vodopyanovskogo sky

October 5 2015
6
Not to count how many times I passed along Lenin Street, past a pedagogical university. And how many times have I seen an old pear tree that grows near it. Saw - and did not see. Because I did not know before that this pear remembers the little boy Misha Vodopyanov, the future world-famous pilot.


Probably, in the summer days this old tree remembers how he, still nine years old, worked as a horseman in the construction of the railway. Konogon is a horse driver drawn into a mine cart. The work is very difficult, even for adult men.

It is quite possible that in early autumn the pear remembers Misha with a canvas bag over his shoulder - this is how he went to the parish school number 9. By today's standards he had to go several bus stops. But then, about a century ago, there were no stops. Misha measured the distances with his desire to know and be able to do a lot, but it was huge. Illiteracy reigned in his native village of Studenki (now - the area of ​​the pedagogical university), the inhabitants were fed with garden and plowing labor. And the boy dreamed that someday all his fellow villagers would learn to read and write ...

Well, in spring, when white flowers bloom on a pear, she presents with a sigh Misha, walking past the school. The need took him to study only a year, and then forced him to look for work again. And the boy - he would have to drive the pigeons and sit at the desk! - began to carry a stone at the Sokolsky plant. 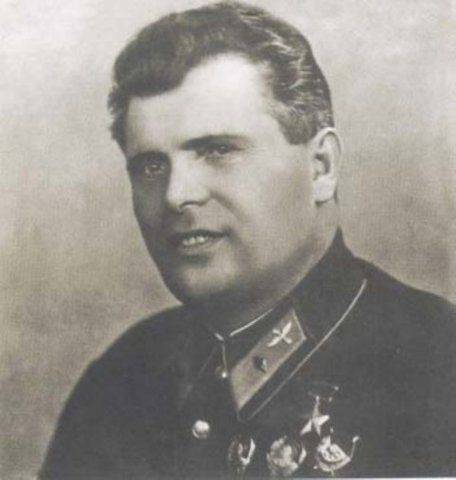 About Mikhail Vasilyevich Vodopyanov told and written a lot, and rightly so. Hero of the Soviet Union, a worthy man in all respects, wise and courageous. And I will talk about the school museum, which protects the memory of his countryman. This museum is located in schools number XXUMX, in the area where the future pilot once lived. They created a museum at the request of the council of veterans of the district of the teacher and the guys, they also keep in touch with the closest relatives of Mikhail Vasilyevich. The pilots of the Lipetsk aviation center also helped - they handed over the personal belongings of the Major General. The museum is more than thirty years old, and it was created for almost a year: the guys themselves went to Moscow, found the family of Vodopyanov.

So, today, when outside boys and girls come to the school museum (which happens very often), they always pay attention to the Ilya Muromets aircraft model, which hangs right under the ceiling. Collected mock former student Alyosha Emelyanov. 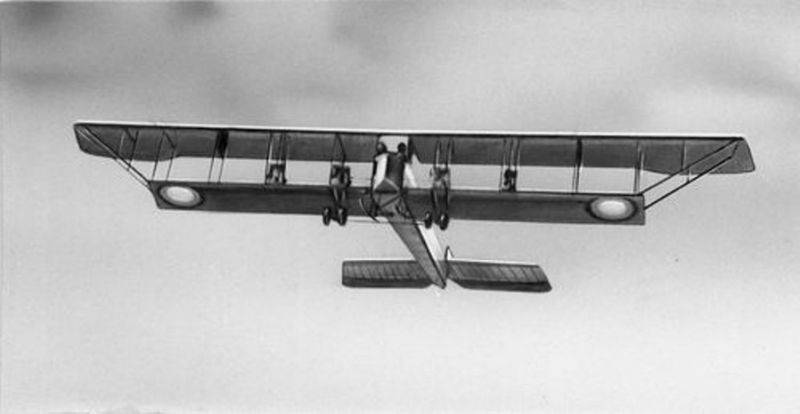 It was from the “Muromets”, the four-engine giant of the then air fleet, Misha’s dream began to become a pilot. And for the first time the boy saw a winged miracle in the sky above his village Studenki. He did not yet imagine that in 1919 he would be accepted as a volunteer in the Red Army, in the Ilya Muromets airborne division ...

There is another small aircraft in the museum - the TB-7, a heavy bomber. He also made Alesha.

On TB-7, Hero of the Soviet Union Vodopyanov bombed night Berlin in the night from 9 to 10 in August 1941. He was one of the first pilots attacking the fascist capital. That night, his plane was shot down, had to land in the territory occupied by the Nazis. But Mikhail Vasilyevich broke through the front line to his own, to fight the enemy again.

However, before deserving the title of Hero of the Soviet Union, Mikhail Vasilyevich flew airplanes to Sakhalin, Kamchatka, the Caucasus, Kazakhstan. He accomplished the feat of saving the Cheliuskites. The first to deliver a research station to the North Pole ...

In the school’s museum there are several hundred photographs, certificates of honor, letters, paintings. There are personal belongings of Mikhail Vasilyevich: a helmet, goggles, a flight pad, a fur hat. Now it is not known whether these things were with his master, when he saved the Chelyuskinites or opened the way to the North Pole. But everyone who has ever been to a museum wants to believe that it was these things that helped their master accomplish feats.

And I believed, to be honest. And vividly presented: 13 February 1934 of the year spread around the world terrible news - the steamer “Chelyuskin”, which, having fallen into the ice, had been with the crew for five months in the Chukchi Sea, crushed by ice and sank. One crew member was killed, the others managed to ship some of the things, equipment, boards to the ice and began to build a camp. One hundred and four people now lived on a drifting ice floe. Only experienced pilots could save the Chelyuskinites - after all, it was impossible to reach them by sea.

Anatoly Lyapidevsky was the first to make his way to the camp and brought out women and children. And in the next flight, together with other pilots, Mikhail Vasilyevich Vodopyanov flew to the Chelyuskinites. To do this, he had to fly almost six thousand kilometers in length — without a navigator, without a radio operator, through ridges and mountains, along an incredibly heavy air route. Thrice he flew to those in trouble. Three times people were taken to the mainland - until the huge ice floe was empty ...

For this feat, Vodopyanova was awarded the highest title - Hero of the Soviet Union. The title itself was introduced shortly before. The Golden Star of Mikhail Vasilyevich is the sixth number.

... With a smile, Papanins are looking from the photo - members of the first Soviet expedition to the North Pole "SP-1". Flag waving in the wind. The picture is black and white, but it is immediately clear: the flag is red! 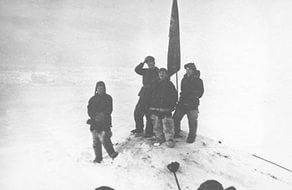 This photograph was taken on 21 in May on 1937, a few hours after the whole world circulated a telegram of the Papanins: “Moscow, the Northern Sea Route, Rudolph Island. In 11 hours 10 minutes the aircraft "USSR-H-170" under the control of Vodopyanova, Babushkina and Spirin flew over the North Pole. After breaking through the overcast, they began to search for an ice floe for landing and a scientific station. In 11 hours, 35 minutes Vodopyanov landed brilliantly ... The ice floe we stopped at was located about twenty kilometers behind the pole ... The expedition leader Otto Schmidt. ”

Today when in aviation use the latest computers, flights to the most northern point of the globe are made infrequently, but regularly. But it is not known what it would be today ”, if it were not for the feat of Mikhail Vasilievich.

A huge number of people left to meet Vodopyanova on the day of his return to Moscow after the expedition to the Arctic. And how many newspaper lines have been written about it! Several stands in the museum look like one big newspaper dedicated to the expedition. For many years, young museum staff collected these clippings in the libraries of the Lipetsk region and Moscow.

The name Vodopyanova for many years was on the lips of adults and children. He received letters from all over the former Soviet Union. People talked about their concerns, asked for advice. Mikhail Vasilyevich did not refuse anyone and did not close the door of his house for guests. Moreover, he himself came to schools in different cities, to the children, and corresponded with them. He was particularly fond of the Lipetsk boys and girls. Here is his letter to the pupils of one of the schools (unfortunately, it is now unknown which one): “... The schoolboy spent the first half of the day skating and was late for the class. And imagine that this boy grew up, became a pilot and, having been delayed for some unimportant reason, was late for the airfield to the aircraft departure. Another is careless, he has dirty, wrinkled, torn textbooks and notebooks. And what can happen if, after becoming a surgeon, he will carelessly treat his medical instruments and make the operation a rusty scalpel? ”

After retiring from aviation, Mikhail Vasilyevich gave a lot of time and effort to literary work. He has written thirty-three books.
All of them are in the school museum. His young guides who went to Moscow to buy Vodopyanov’s children's novels “How Tyapka Got into School” and “Frosya's Navigator” became adults long ago, and it was impossible to get these works in Lipetsk, since they were sold out immediately. His books for adults were published in millions of copies, so they could still be seen on the shelves of stores in our area. But some of the story the guys still had to ask friends and neighbors. 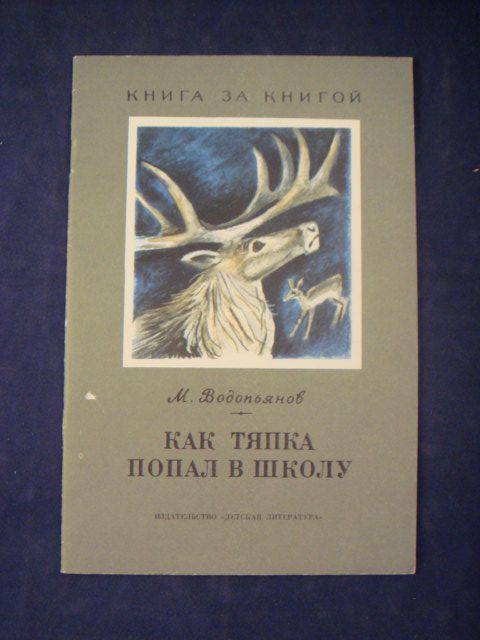 Few people know that Vodopyanov wrote the novel “Kireevs”, dedicated to Lipetsk. The novel was published in the 1956 year, it was staged in the Lipetsk Drama Theater.

Now the books of Mikhail Vasilyevich can not be found in stores. But, unfortunately, not at all for the reason I was talking about ...
But still, I don’t want to end a sad note. After all, people remember. So, everything will be fine.