Vice President of the United States: Russia should contribute to the abolition of elections in the DNI and the LC

30 September 2015
36
US Vice President Joe Biden is confident that the Russian Federation should put pressure on the authorities of the DPR and LPR to force them to cancel local elections, the press service of the White House said after the talks between Biden and Ukrainian President Petro Poroshenko. 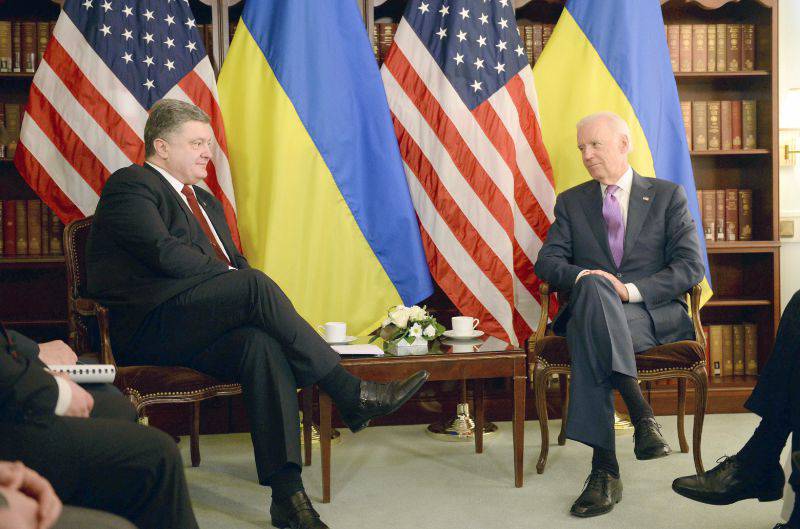 “The leaders discussed the implementation of the Minsk agreements and the need for Russia to put pressure on the separatists, whom it supports, in order to cancel false elections in the areas of Donbass controlled by them. If they are held, it will be a direct violation of the implementation plan of the Minsk agreements ", - the White House reports LifeNews.

In addition, Biden praised the agreement on the withdrawal of weapons, but stressed that the Russian Federation “continues to send to Ukraine weapon and troops. "

Meanwhile, Moscow has repeatedly denied such accusations, noting that the Russian Federation does not participate in the Ukrainian conflict, does not send the military to the Donbass and does not support the militia.

Ctrl Enter
Noticed a mistake Highlight text and press. Ctrl + Enter
We are
The action “Military service under the contract is your choice!” In Rostov-on-Don: future contract servicemen, exhibitions and “Russian Knights”Reports from the militia of New Russia for 27-28 September 2014 of the year
36 comments
Information
Dear reader, to leave comments on the publication, you must to register.