29 September 2015
69
At a meeting in New York with his colleague from Poland, Andrzej Duda, Petro Poroshenko expressed hope for an increase in military-technical assistance in case the militia still decide to hold elections in their republics, reports RIA News Post press service of the Ukrainian president. 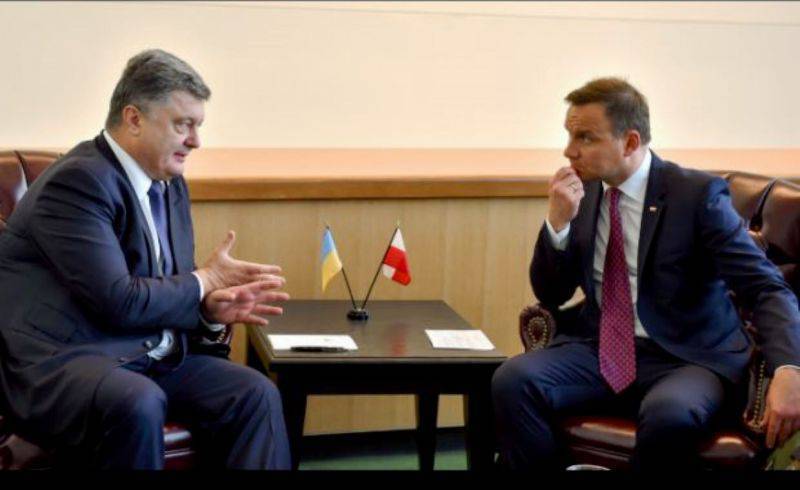 “The presidents condemned the holding of elections in the DPR and the LPR and agreed that if they were held, military technical assistance to Ukraine should be strengthened and sanctions against Russia tightened” - said in a release.

It is noted that Poroshenko and Duda "exchanged views on topical issues on the bilateral agenda, as well as the development of cooperation in Eastern Europe, in particular, in the Visegrad Four + Ukraine format, and agreed on the next meeting in this format."

According to the press service, Duda promised his interlocutor to visit Ukraine this year.

Ctrl Enter
Noticed oshЫbku Highlight text and press. Ctrl + Enter
We are
Reports from the militia of New Russia for 27-28 September 2014 of the year
Military Reviewin Yandex News
Military Reviewin Google News
69 comments
Information
Dear reader, to leave comments on the publication, you must to register.