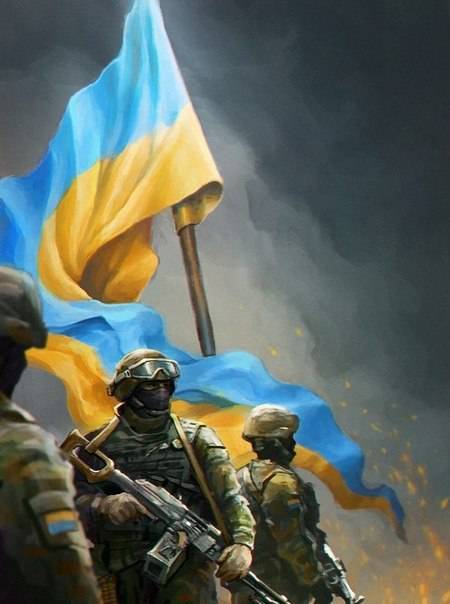 One Russian senator (!) Recently proposed to criminalize dissidents for the "justification" of Stalinism-totalitarianism. This fact, they say, is crying, because it follows from it that at the very top in some heads a real mess reigns. We understand, of course, that he reigns in liberal heads, but this does not make it any easier.


To begin the treatment of our liberals, we must understand what the “positive program” of liberalism is, that is, the liberal’s self-justification in his own eyes. In an ideological sense, it is quite simple and (speaking in scientific style) follows from the “progressive” positivistic linear view of historical process. If we agree that the world is developing “positively and linearly”, then we have to agree with the existence of leaders of progress - “civilized peoples”, and all other peoples automatically fall into “developing”, backward and even barbaric and wild. By the way, the terms “developed” and “developing” countries are universally recognized by the “world community”, and this does not bother anyone, although, if you think about it, it smacks of racism from them.

The liberals make a political conclusion from the positivist “scientific” postulate, which they do not always talk about, but they often pronounce it when the situation becomes hot, like in Ukraine, that “Western civilization”, and in the person of its Bandera puppet, is always right. Whatever she does, no matter how she murders “pro-Russian separatists” in Ukraine, even children, because “Western civilization” is always right in relation to backward peoples and “barbarians”, in this case Russians. Note that these definitions of the Russian people have become commonplace among Bandera, but the Western rumor does not hurt.

The notorious “political analyst” Latynina from “Echo” directly stated that Western civilization must oppose the “barbarians” from the Middle East, even if they are refugees fleeing the horrors of war.

Why? It is very simple: because “civilization” is intensifying at the expense of “barbarians” and moves forward the cause of “world progress”. Therefore, any civilized atrocity is justified by the liberals by the fact that it, in one way or another, serves the cause of the “progress of mankind”, which thus acts as a real bloody idol of liberalism. Accordingly, any success of the “barbarians” damages not only individual “civilized” countries, but also the cause of “world progress”.

Therefore, the West justifies all the "civilized" sons of bitches, all their crimes against the "non-civilized" peoples and countries, that is, not yet controlled by the West, because they act, ultimately, in the interests of "Western civilization" and "world progress." Therefore, for the “world community” “civilized” blood and tears are immensely more valuable than any non-European and non-American. Therefore, our liberal is always ready to clean the boots of the European liberal, according to FM. Dostoevsky, just for the sake of "progress of mankind".

Although the linear positivistic historical concept is no more than one of the earliest pro-European views on the historical process, but politically just an ideological diversion, it still dominates the “scientific world community”. The alternative civilizational historical concept, presented, in particular, by world-famous historians Arnold Toynbee and Lev Gumilyov, is criticized and defamed by the liberal public mainstream as unscientific, although it is precisely this that allows harmonizing international relations.

If we ignore liberal progressive-positivist speculations, and draw civilization and other views on history, we have to admit that dictatorial regimes were, are and will be: they inevitably follow periods of chaos and collapse of society, after unrest, splits and revolutions. In the ancient world, dictatorships, democracies and oligarchies were always side by side, and Aristotle did not see any particular advantages of any of these forms of society: they are all good in their own way.

Today it is fashionable to call dictatorships “totalitarian”, but the essence of the matter does not change from this — it is still the dictate of a certain ideology, and one can only speak about the degree of technological effectiveness of its implementation. In this sense, the dictates of the liberal “democratic” ideology in the world are today also totalitarian.

By the way, Karl Marx, apparently understanding the historical reality of the dictatorship, equipped his theory of building the communist "kingdom of freedom" with the concept of the "dictatorship of the proletariat". Indeed, it was thanks to this dictatorship that Russian Marxists managed to overcome the chaos after the 1917 revolution of the year (the socialist / communist revolution), retain power, and preserve the integrity of Russia, at least in the Soviet form. Therefore, it is simply silly to accuse Stalin and his Bolsheviks of the “dictatorship of the proletariat” and of “totalitarianism”.

On the other hand, the term "totalitarianism", that is, the absolute total power, has a West European origin, namely Hitler's. It was Hitler who shouted to the whole world about the total war with Russia, he generally loved the terrible and ultimate epithets, in this case they meant a war with Soviet Russia for destruction.

Somewhere in the late twentieth century, the epithet “totalitarian” was adopted by liberal political scientists, and again with anti-Russian goals. In order ideologically to put Hitler and Stalin on the same level, they united them with the sonorous name “totalitarian dictators”. This apparently affects the European love for the vivid insults of their political opponents: they always have "bloody executioners" and "criminal regimes", and the Europeans appear on this background, of course, in white pants.

In fact, totalitarian accusations hide a big ideological lie. If we take this view, then the modern West has already surpassed Hitler and Stalin in totalitarianism of its propaganda. At least they are talking about exposing electronic surveillance of the US special services Snowden, revelations of American "economic killers", the practice of secret CIA prisons and legalized ( !) torture of prisoners.

Note that in Ukraine in February 2014, it was precisely the “national revolution” that its apologists claim, and today we witness the dictatorial and total propaganda features of the victorious Bandera regime, which, having gained “dignity”, called its political opponents “Colorado” , "Separating", "donbounami" and "lugandonami".

These degrading and degrading nicknames speak not just about the Bandera dictatorship, but the Bandera-Nazi. What is not surprising: it has the same roots as Hitler’s dictatorship in the “national revolution”. Moreover, the absolutism of Bandera in the information and cultural sphere reached idiocy, such as compiling international "white" and "black" lists according to the criterion of "Ukrainianness" (Bandera).

Only external pressure from Europe forces the Bandera regime to observe at least some propriety, and to mask the Nazi crosses of their Shukhevychs, inhuman intentions against their opponents. It is noteworthy that the Rada adopted a law on “de-communization”, which condemns totalitarianism in general, but the pro-fascist parties in Kiev are not at all pursued, which only confirms its Nazism of Hitler's sense. By the way, Hitler would also have subscribed to "decommunization", here Poroshenko achieved the goal set by Nazism.

... From this it follows that in the “totalitarian question” common sense and logic “do not rest,” as observers sometimes say, they are consciously ignored by both Europe and America. To prove this to the world, it is necessary to show the poverty of the liberal ideology, its totalitarianism, and turn to the normal, truly universal civilization view of history, sending linear positivism to the dustbin of history.

Ctrl Enter
Noticed oshЫbku Highlight text and press. Ctrl + Enter
We are
Results of the week. “To sell something unnecessary, you must first buy something unnecessary, but we have no money!”Results of the week. “In our cooperative, the board is always agreed”
Military Reviewin Yandex News
Military Reviewin Google News
60 comments
Information
Dear reader, to leave comments on the publication, you must sign in.