Kerch military. Verified There are mines

30 September 2015
14
"EMERCOM specialists neutralized more than 3 thousands of World War II ammunition in the territory of the Kerch fortress and in the adjacent water area, the fortress is completely safe for tourists to visit," said Sergey Aksenov at a government meeting. Our site decided to check whether this is true. It turned out not quite.


The group of sappers of the Ministry of Emergency Situations has begun demining in Kerch 8 August. In addition to mine clearance of the unique fortress of Kerch, which we have already wrote, their task was to survey the coastal area and the water area of ​​the Kerch Strait, where a bridge would be built connecting the Crimea to the mainland. The work was carried out by a group of 25 specialists: dog trainers, divers, specialists of the robotic control department, as well as doctors and specialists in the radiation chemical division. 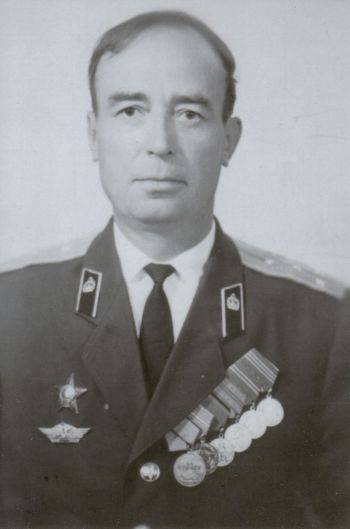 But it turned out that everything is not so simple. I turned to Guy Vladimirovich Budovich, a lieutenant colonel of the engineering troops, the immediate leader of the demining teams and the deminer in these and other sites in the 1960s for information.

According to his recollections, in just 1965 a year, an engineer unit (about 200 people) seized up to 25000 GPs, including the German anti-personnel mines "Springen-S", about 2 thousands. For the work done in the Little Fortress Budovich G.V. was awarded the Order of the Red Star. Here is what he told our site:

In total, over this 60 civilian population has been blown up in this Little Fortress. In December 1963 of the year a group of teenagers was detained at the height where the TV tower is now located. They fired machine guns and fishing seiners on the road at sea with a machine gun. It turned out that they had already extracted several machine guns and 4 thousands (!) Of grenades from the fortress. It was decided to proceed with the demining of storage.

At my own risk, I began to open these deadly storehouses using the C-100 bulldozers and the ETR-152 “Belarus” excavator. And not military, but civilians. This, of course, was a serious violation of the service. In the event of a detonation of technology or people, I was threatened by a military tribunal. However, it was indifferent to see how every year 10-15 people were undermined in Kerch, I could not.

Such an operation by its complexity was not in the Soviet Union or in Europe. Work here continued over 30 years. From here, 22 echelon of ammunition for 10-12 cars was seized (more than 8 thousand tons in total). These were pre-war ammunition stores with a length of 20 meters. Two floors. The depth of 8 meters underground. The dungeons that were blown up during the war were chaotically piled piles of rubble, brick and soil. All of them were blown up during the retreat of the Red Army in 1942. When they were found, they thought it was a ravine. We cleared 1963 of the year, finished already in 1996. At one of the sites we had a suspicion of chemical munitions, a team of the Chief of General Staff S.M. Shtemenko (you can read about it herea) stop working. When clearing the sappers were discovered two boxes of staff documents of the front. The boxes were seized by representatives of the KGB, and the information about them is still covered in secrecy. 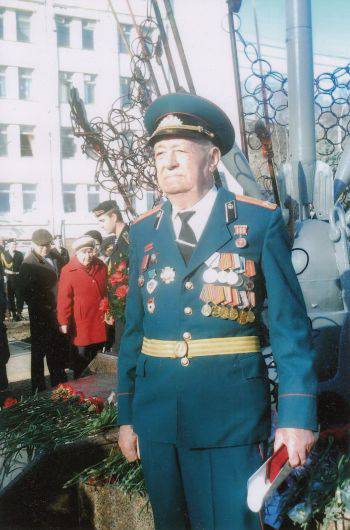 In 2004, Ukrainian sappers appeared with Japanese mine detectors. Removed ton bombs. Now here arrived Mchsovtsi from mainland Russia. And then we did not go. They all hit the tails! There they checked dozens of times, they picked up what was left after us on the upper floors. And what is under the rubble, under the brick arches of the first floor, remains to lie.

You can completely defuse the fortress only with the help of equipment, bulldozers, excavators, as we did on the Starokrymsky channel, in the Adzhimushkay quarries, in the Starokarantinsky quarries, in the Russian Fortress. If we had not used the equipment, all these munitions would have lay in the ground. There for several decades of work by hand!

In addition, manual work is much more dangerous. It’s one thing to wield pickaxes, hoes, crowbars (it's much more dangerous, human factor!), Another thing: the sappers checked the depth of the 50 cm with the mine detectors, and then the excavator removed the layer on the 30, see the back of the officer. Checked the layer - next. And already laying - manually. You must use the technique. If, for example, a company works, if you use equipment, the lower floors of the Fortress can be cleaned for two summer seasons. All the calculations I have.

I can tell you this tragedy for hours. how Tanks they broke through, as they blew up, as part detonated, part not, then the storekeeper came from Rostov, came here, told where the supplies were. They broke it in one place, in another, then calculated the system by the distance between the storages. Now it is also necessary to determine where storage is based on the masonry.

Now about the water area. I will reveal the true face of what is called. Where the bridge is being built, they are checked “selectively-heel”, only where there will be supports. Check the area adjacent to the bridge is impossible. There are just dumps! During the war years there were battles, ammunition was heated. The Germans came when, without a fight, ours surrendered Kerch: they discharged shells, took brass, and took ammunition and drowned it there, in the area of ​​Ak-Burun cape, just where the bridge will be. There are hundreds of thousands of ammunition, including chemical ones. 6-7 years ago, Ukrainian divers came and we also participated. They found several barrels of mustard gas, chlorine, and they were concreted. And how many of them left there? Everyone knows that our Mchsovtsi, who are now called the Special Marine Detachment.

They need a permanent security service. First, they must determine the boundaries of the landfill. What types of ammunition are there? aviation, chemical, artillery ... Full-scale reconnaissance diving and search operations should go, and then proceed to mine clearance. Well, they’ll clean out where the supports are, and the rest will lie. And there is not one year of work, moreover, serious forces.

The officers who were engaged in demining at depths, in the ground forces, they need to meet with aksakals, like me, and jointly make a decision. This is not done!