October 2 2015
25
The fascinating books of Yakov Isidorovich Perelman were published in huge editions and instantly found their readers. However, their author was not a writer.


His cunning tasks with enthusiasm were solved by children and adults, Perelman devoted his whole life to serving science. However, he also never called himself a scientist and did not have any degrees or titles.

He created a unique museum of living physics and mathematics, which was not empty for a minute during working hours. And at the same time he called himself "just an amateur to think".

“This traction lives in me since childhood,” Perelman admitted. “My father was a bookkeeper, and I fell in love with the numbers” ...

Indeed, the father of the future popularizer of science served as an accountant at the cloth factory of the city of Bialystok, Grodno province (now the Republic of Belarus). The family lived very hard. But it was even harder for them when Isidor Perelman died suddenly. Family cares fell on the shoulders of the mother, a primary school teacher. And she managed not only to feed her family, but also to give her two sons a good education.
Yakov (the younger son) graduated from the Belostok Real School, and after him the St. Petersburg Forest Institute. Perelman was a very good teacher, no one doubted that an excellent specialist would come out of this young man. Moreover, the activity of Yakov Isidorovich as a popularizer of science began ... in his school years.

So, in 1899, in the newspaper "Grodno provincial news" an article appeared by an unknown author at that time - Ya.P. (by the way, Perelman often signed his essays and articles for almost his whole life, and he had 11 aliases altogether). It was called “About the expected fiery rain” and was the answer to a certain magistrate, who dared to “scientifically” predict the world the soonest end. A novice schoolboy not only debunked all the arguments of his opponent, but he did it so easily and gracefully that almost the entire circulation was read out literally to the holes.

But back to the time of the student body. The first literary and scientific experience inspired the young author so much that he very soon wrote a new article, this time to the journal Nature and People. Cooperation with this edition will last for many years, in 1904, Perelman will become his executive secretary. And all this time, his work will be of great interest to readers. Moreover, it is thanks to Yakov Isidorovich that some works of KE Tsiokolvsky will be published in the journal.

However, despite the enthusiastic, painstaking and multifaceted work, Perelman-student struggled to make ends meet. Earned fees are clearly not enough to pay for their studies. And then the popularizer of science turned for help to the director of the institute. And he, taking into account the brilliant abilities and successes of his student, freed him from paying for the first half of the academic year 1902-03.

In the 1908 year, Perelman graduated with honors from the institute, he was awarded the title “1 forest scientist level”. However, he did not work in his specialty. 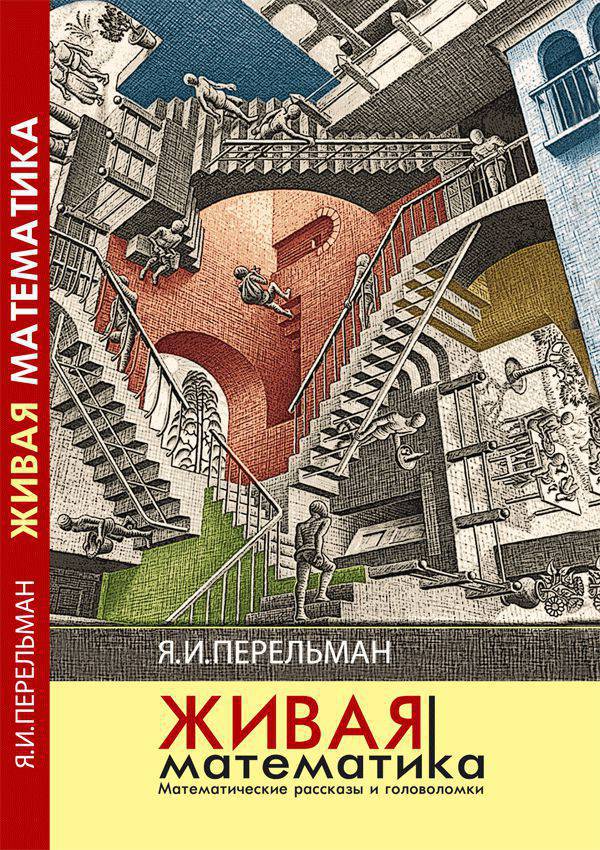 During his life, Perelman has written over a hundred popular science books!

Moreover, Yakov Isidorovich never stopped working in magazines. In the publication Nature and People, he labored 17 for years. He initiated the creation of a collection of stories and stories "World of Adventures." Here were published the works of Jules Verne, Arthur Conan Doyle, Edgar Poe ...

Yakov Isidorovich was engaged in research and teaching activities, developing new study guides in physics, mathematics, astronomy, and taught in various educational institutions. After the October Revolution, all former popular science publications were closed; it was necessary to create new ones. So, thanks to Perelman, the magazine “In the workshop of nature” was published, with which K. Tsiolkovsky later collaborated.

By the way, it was Perelman who suggested, in order to save fuel, to switch the clock hands to the so-called “summer time”. He was engaged in the development of the first Soviet anti-hail rocket and created its project.

In 1915, Yakov Isidorovich met a doctor, Anna Davidovna Kaminska, and soon the young people got married. They rented an apartment on Plutalovskaya street, in the house number XXUMX. And from that day on, Perelman indicated this address in all his books.

In 1935, a scientist (because he is a scientist after all!) Created the House of Entertaining Science in Leningrad, in the former palace of Count Sheremetyevo, and became its scientific leader. It was one of the most amazing museums in the world. Instead of the well-known inscriptions “Do not touch your hands!” And “Do not enter the fence!” Here all the exhibits are not only possible, but you had to touch, twist and even try to break.

Miracles began right at the entrance. From the grid of the gate on the pavement, a wide white stripe led to the entrance door. And near the door of the guests met a stone column with a sign: “Own meridian of the House of entertaining science. Coordinates..."

And then the guests were “awaited” by such a poster: “When midnight comes to Honolulu, it will be noon in Leningrad. At this hour, the doors of the House of entertaining science open every day, in which they will tell you about time, about Earth, about the sky. About numbers, about color, about sound and about many other things. ”

Trade scales here guessed any conceived number or surname. In the cupboard from the bottle, which stood in pieces of crushed ice, poured boiling tea. A seemingly metal teaspoon melted faster than sugar, which she stirred! (the spoon was molded from Wood alloy melting at 68 temperatures of degrees Celsius).

It was very interesting for children and adults to push metal balls hung on threads, to leave their shadow on a special screen, even moving away from it; to look through binoculars at their feet (barely trying to raise the left, after it itself rises and right). And what a delight caused the mockup of a starship installed in the astronomy hall! They were invited to climb, shut the door and start the “flight”.

In the museum one could see Maxwell's pendulum, the two-meter model of the rocket “according to Tsiolkovsky’s own sketch”, Galton’s board ... There were more than five hundred amazing exhibits in total! There was even a Jules Verne Hall!

And even the guestbook was surprising: as soon as the visitor sat at the table, she opened on the right page.

It is not surprising that visitors did not know the end. The guides worked in each hall, who explained all wonders with pleasure and affordably.
The scientist devoted all his free time to the museum, the exposition was constantly expanding, it was already planned to open the hall of entertaining linguistics. Active work was carried out on the publication of miniature popular science books on various branches of science and technology.

But the Great Patriotic War began ... The museum had to be closed in its first days, June 29. Many employees, including director V. Kamsky (he died on the Volkhov front), lecturers, and artist went to the front.
Many expositions were buried in the garden near the Fountain House, according to some information, some were evacuated to the Urals, but almost the entire museum died in the besieged city.

January 18 The 1942 of the year Anna Davidovna died from exhaustion while on duty at the hospital.
Jacob Isidorovich Perelman outlived his spouse by just two months: he died of starvation in the besieged Leningrad 16 of March 1942. He died, until the last day of his work on how to help soldiers navigate the terrain, which should have been useful to them during the fighting ... 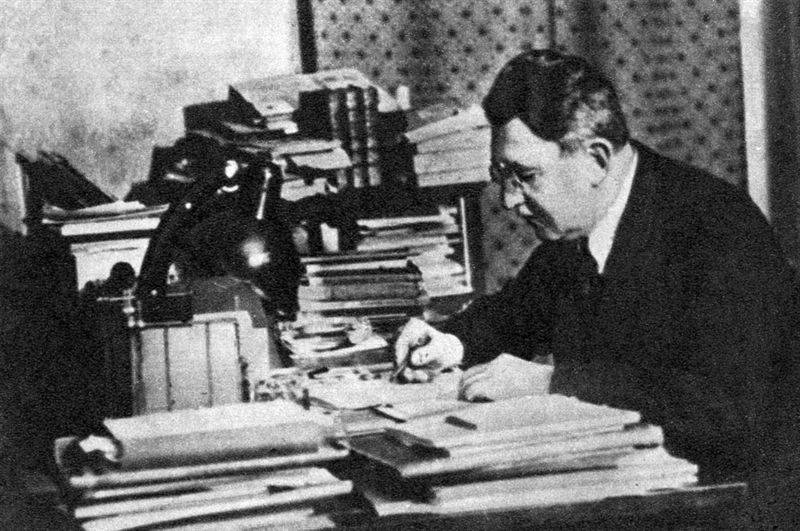 The material used articles from the magazine "People's Education" for 1979 year.