Klimkin: It makes no sense to extend the implementation of the Minsk agreements

29 September 2015
39
The head of the Ukrainian Foreign Ministry, Pavel Klimkin, in an interview with the Sputnik agency stated that he sees no point in extending the period of the Minsk agreements, since delaying their implementation will lead to a “frozen conflict”, reports RIA News. 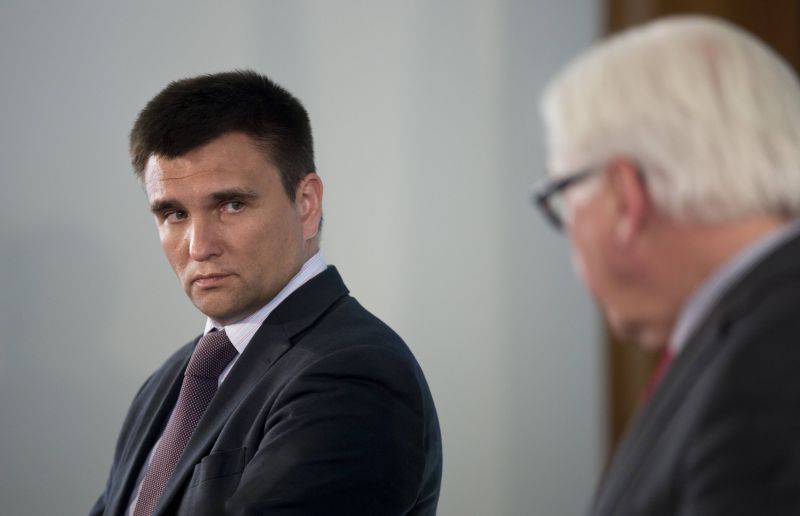 Recall that last month, representatives of the DPR proposed to extend the deadlines for the implementation of agreements on 2016 g, since their implementation this year is unlikely.

“(The extension does not make sense), because each side of the Normandy format must fulfill its obligations in the form in which they are indicated in the Minsk agreements. Someone performs them, but someone for some reason does not, so there is no need to get out of compliance with the obligations. It’s just that you have to fulfill the obligation, and not sometime, but now, because if you ever fulfill them, then we will slowly come to a frozen conflict, ”said Klimkin.

The last document, adopted in Minsk on February 12, in addition to the withdrawal of heavy weapons, entails Kiev conducting a direct dialogue with representatives of the self-proclaimed republics on issues such as holding elections, decentralizing Ukraine and giving “certain districts of Donetsk and Lugansk regions” a special status. None of these issues was discussed with the republics, all decisions were made unilaterally by Kiev without taking into account the interests of the DPR and the LPR.