Kuchma proposes not to leave the conflict in Donbass “frozen”

29 September 2015
42
Leonid Kuchma, representing Ukraine in the format of 4-side consultations in the Minsk Group, said that the conflict in the Donbass can not be translated into a frozen format. This Kuchma told in an interview with Belarusian journalists. His statement leads RIA News:

If we bring it to a logical conclusion, rather than throwing halfway somewhere, if the world, the European Union, Russia, America and Ukraine are not convinced that yes, we have achieved peace in Ukraine, until then the efforts of the world community cannot be stopped. We know it on our own stories. I often refer to the post-Soviet experience. We have many hot spots - Transnistria, Abkhazia, South Ossetia, Karabakh. No conflict has yet ended. Because they threw halfway. People in those regions suffer from it. A frozen conflict is a terrible conflict. It does not allow people to develop normally.

At the same time, Kuchma said that he is a big optimist and expects that the conflict will finally end, but at the same time he wondered: "when will it end?" 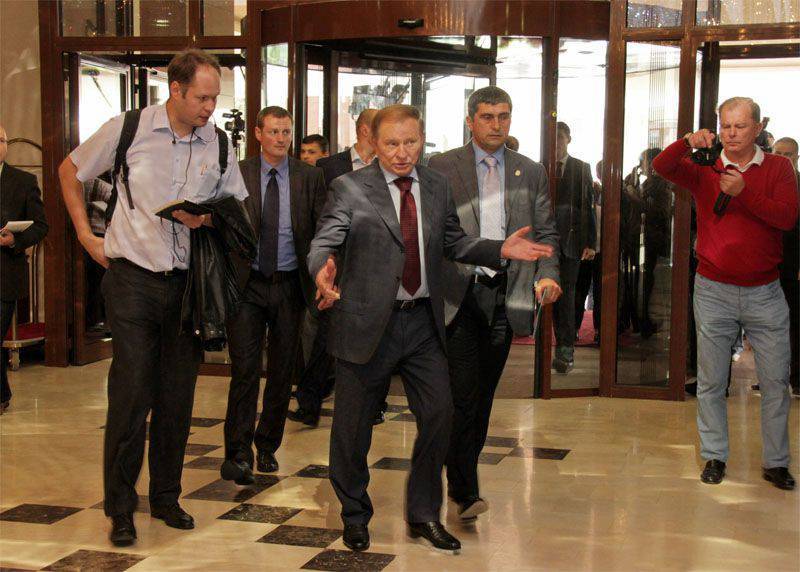 At the same time, Kuchma, for some reason, did not directly touch on the theme of the Minsk agreements, where, in general, all the measures that should lead to the end of the civil war in Ukraine are laid out on the shelves, the main thing is to take these measures. And he didn’t touch, so then he would have to answer questions about why the Ukrainian authorities do not honor their obligations and do not fulfill several points of agreement at once: on lifting the economic blockade from Donbass, on exchanging prisoners, on withdrawing weapons and so on d.

Ctrl Enter
Noticed oshЫbku Highlight text and press. Ctrl + Enter
We are
Results of the week. “When a lot of people look stupid, it starts to look normal.”
Military Reviewin Yandex News
Military Reviewin Google News
42 comments
Information
Dear reader, to leave comments on the publication, you must sign in.