October 3 2015
24
Modernized Aviation complex them. S.V. Ilyushin IL-38N anti-submarine aircraft entered service with the Pacific Naval Aviation fleet Of Russia. Airplanes are based at the airbases Yelizovo (Petropavlovsk-Kamchatsky) and Nikolaevka (Primorsky Territory). The personnel of the airbases underwent retraining for a new type of aviation equipment and began flights from airfields. The retraining took place at the Center for Combat Use and Retraining of the Naval Aviation Flight Staff of the Russian Navy in Yeisk, where the first modernized Aviation Complex named after S.V. Ilyushin anti-submarine aircraft IL-38N. 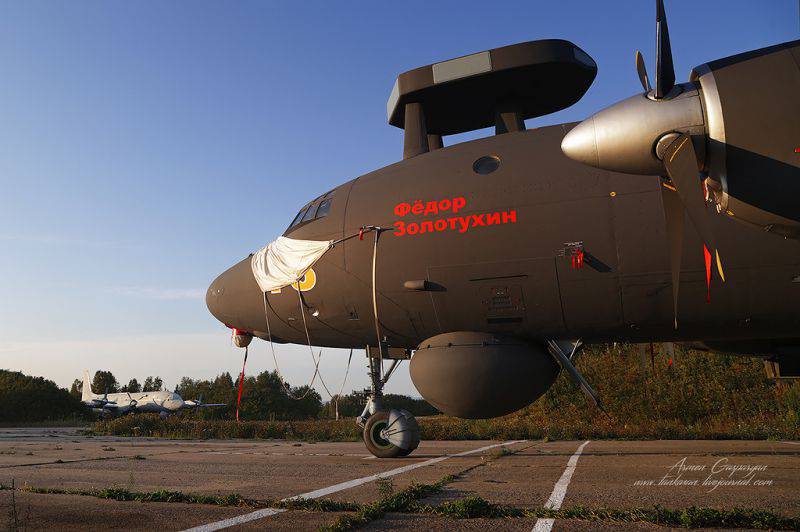 The chief of aviation of the Pacific Fleet, Colonel Sergey Gennadyevich Rasskazov, clarified that the modernization, which involved installing new Novella-P-38 search and target systems on airplanes, significantly expanded the scope of the tasks solved by the aircraft and their combat capabilities. According to him, the search capabilities of the aircraft have improved qualitatively and increased several times compared with the base IL-38. The possibility of using radioacoustic buoys of a new generation has appeared, the station’s electronic reconnaissance station and a thermal imager operating in the infrared and visible spectrum were additionally included in the aircraft’s equipment. 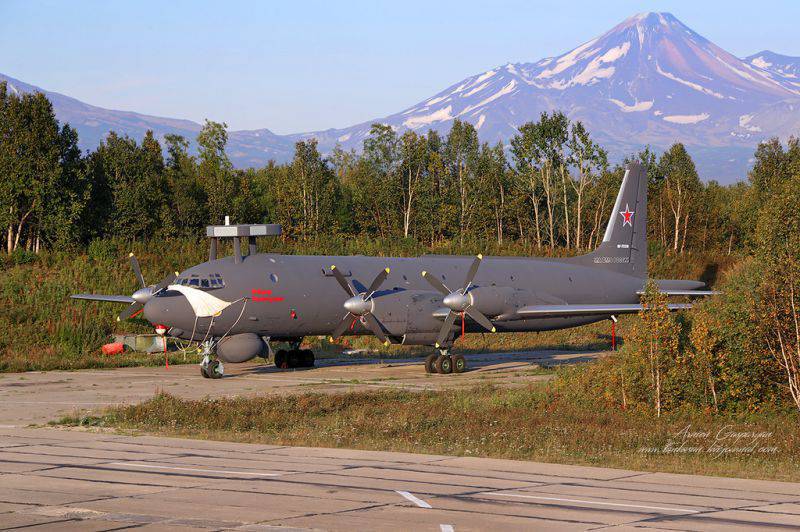 With the help of a new search and sighting system, a modernized aircraft can successfully accomplish the tasks of patrolling, search and destroy submarines, radio-electronic surveillance of surface and aerial targets, minefields, search and rescue of people at sea, as well as environmental monitoring of the water surface. 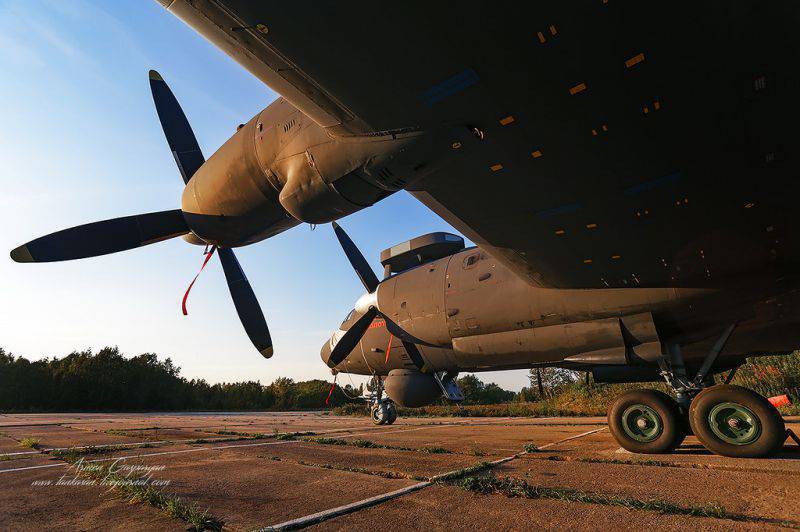 In coordination with the command of the Naval Aviation, the fifth modernized aircraft was named after Fyodor Zolotukhin, the chief designer of the search and aiming system "Novela-P-38", which are equipped with IL-38Н aircraft. 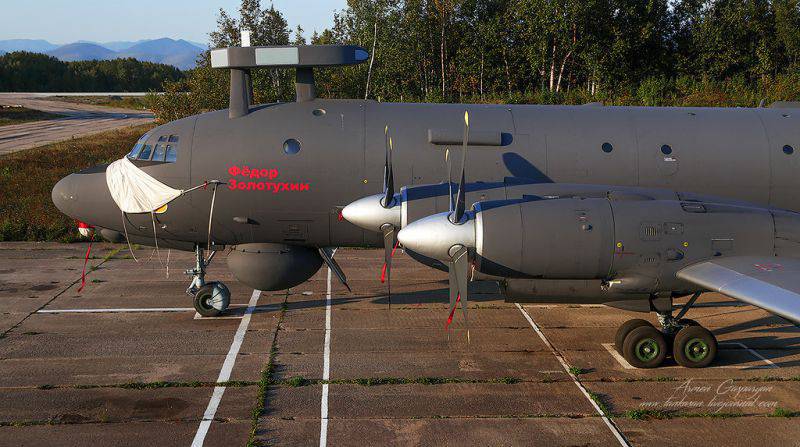 According to the commander of the 859 th center for combat use and retraining of the flight personnel of the naval aviation of the Russian Navy, Major General Alexei Serdyuk, the search performance of IL-38 has quadrupled. One renewed aircraft will be able to perform tasks on an area four times the former Il-38 area of ​​work. There is an opportunity to conduct technical reconnaissance, target designation. Airplane glider allows you to complete tasks in the far and near sea zone. 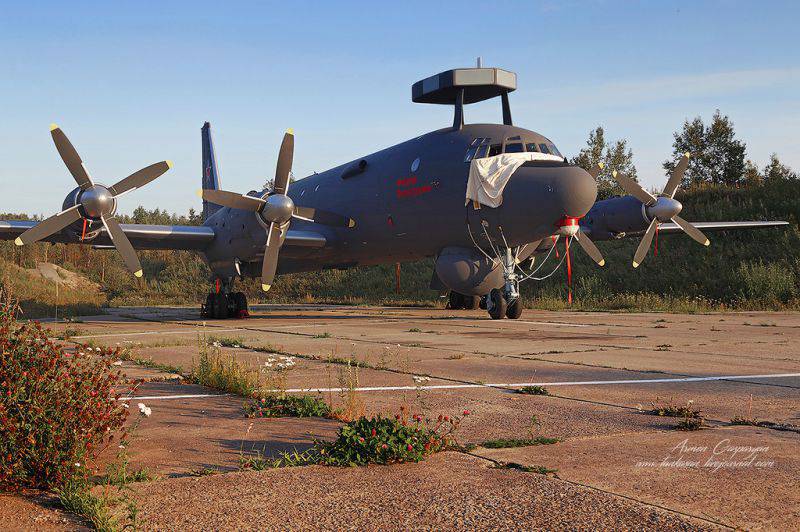 Serial production of IL-38 aircraft began in 1967 and lasted until 1972. During this period, 65 machines were built at the Banner of Labor plant. 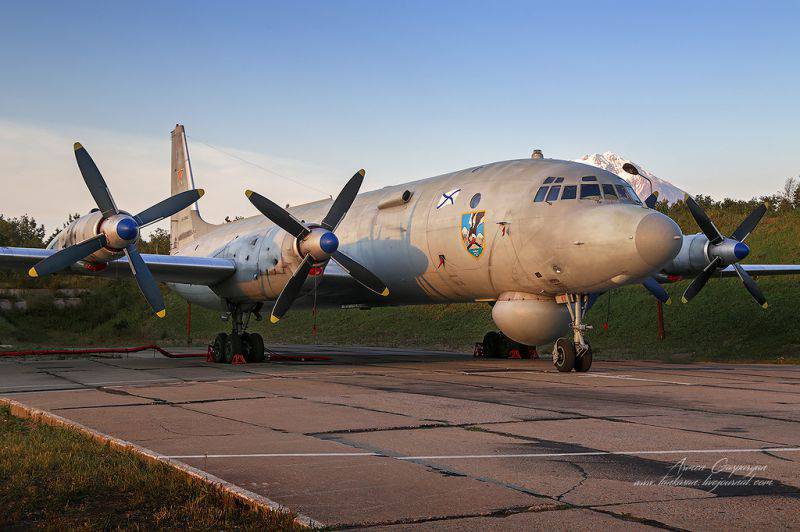 The aircraft's fuselage, 40 meters in length, ends with a tail beam of metal and non-magnetic parts of 5,60 length. Special equipment and weapons necessitated a significant change in the aircraft’s airframe compared to IL-18D (wing position was shifted forward by 4). Due to this, it became possible to place torpedoes of considerable length in the armament compartment. In the nose of the aircraft under the cockpit placed fairing powerful search radar. In the terminal part of the fuselage behind the tail assembly in a long coke, a magnetic anomaly detector sensor was installed. 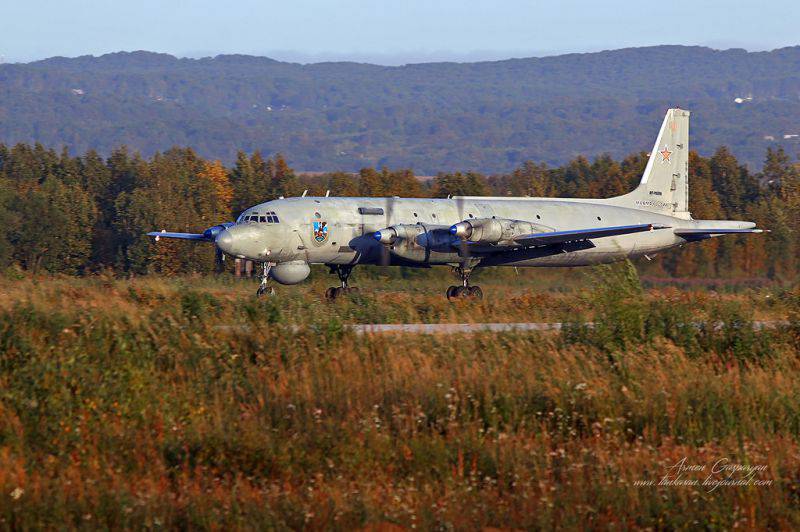 To illuminate the submarine used hydroacoustic station. Hydroacoustic buoys and the deployed ADS antenna array detect the submarine in a multi-static mode. In addition to sonar, the boat can be detected by another three dozen different physical fields and phenomena caused by the boat’s actions. Relevant sensors track changes in the natural background of the environment caused by the presence of the ship. For example, as a result of the passage of the boat, the water pressure changes, a wave of increased hydrostatic pressure is formed, which can easily be fixed. Seismic sensors can track the oscillations of the seabed caused by the passage of a submarine (the boat puts pressure on the water, and that in turn on the seabed). Due to the passage of the boat, the illumination of the underwater bottom, the magnetic field, the gravitational field of the Earth change. Finally, from a satellite, under certain conditions, you can see the wave trail of a boat, even if it goes deep under water. Modern anti-submarine systems use a whole range of search tools. 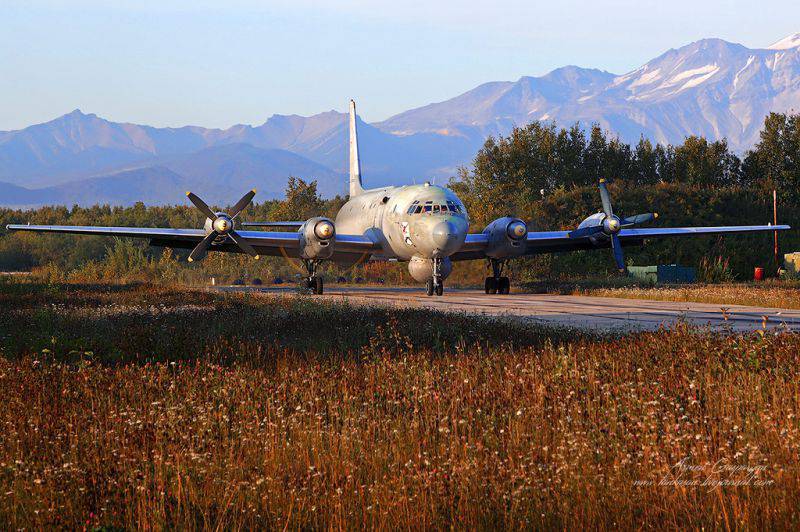 Upgrading the early versions of IL-38 to the level of IL-38H is quite reasonable. NATO is still in service with its peers Il-38 - P-3 Orion. They, as before, accompany the exits of the Russian ships to sail. 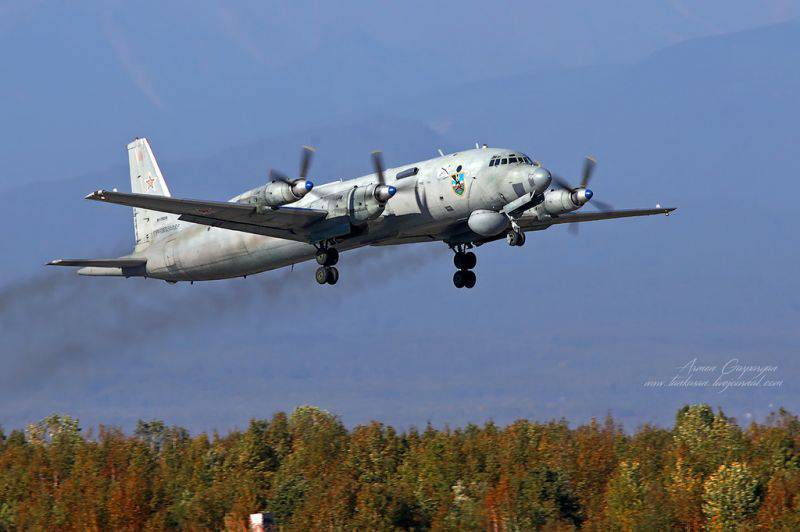 To date, the search, detection, support and destruction of modern submarines does not require high speeds. IL-38 has a range of 2,2 thousands of miles. and it is quite enough for patrolling near the coast to conduct reconnaissance. 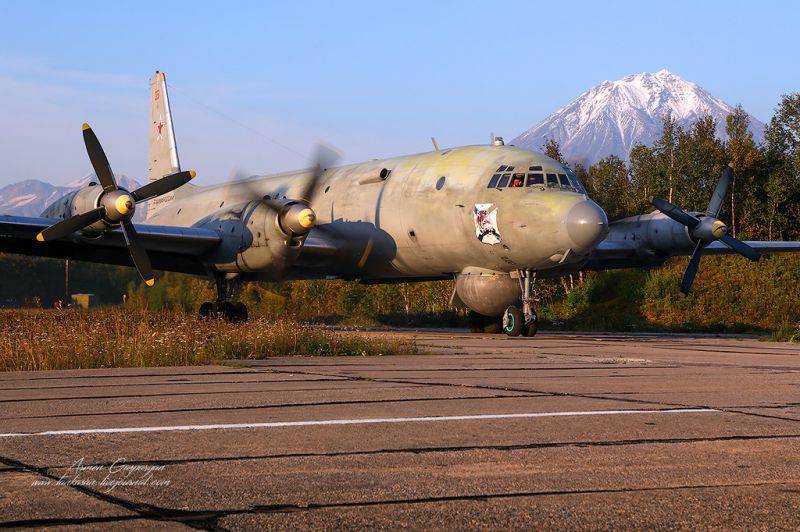 If a boat or a detachment of ships will be detected by other means of the fleet, IL-38 will be at this point earlier and will be able to independently pursue a pursuit or even an attack on a target or a whole group of targets. He possesses such possibilities. 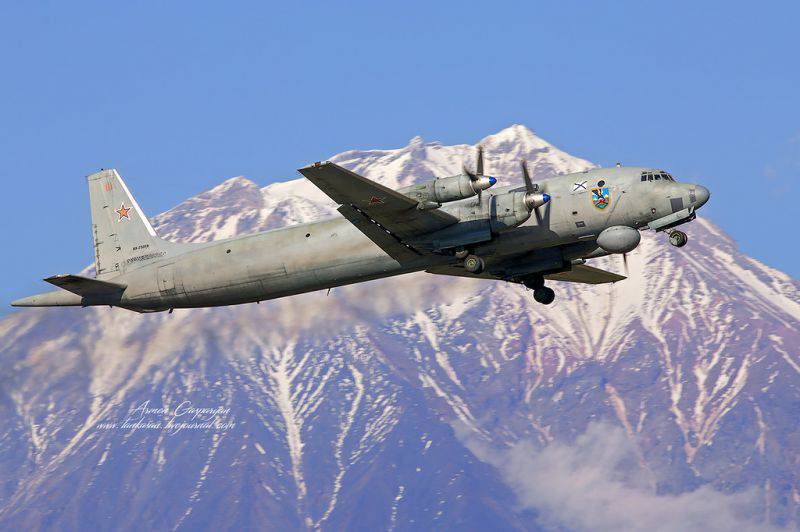 For all the time of operation, the IL-38 has proved itself to be unpretentious, reliable and reasonably economical. 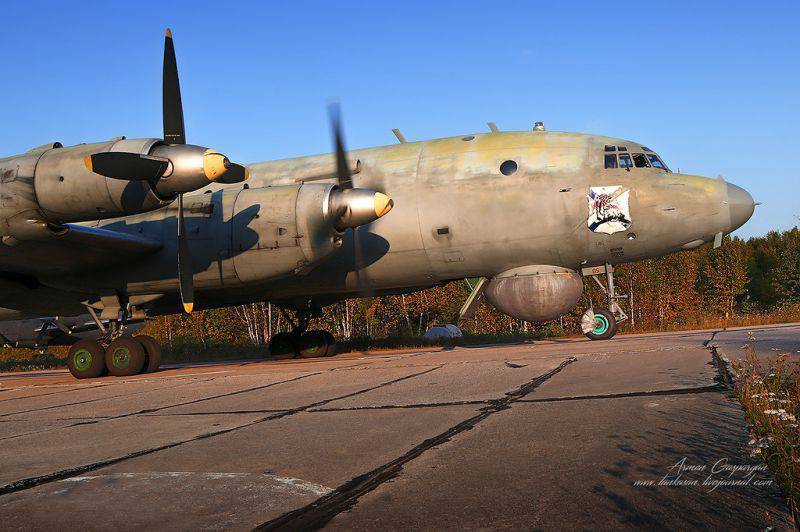 The Russian Defense Ministry has decided to completely modernize the fleet of anti-submarine aircraft Il-38, which are in service. This was stated by the Commander of Naval Aviation, Major General Aviation Igor Kozhin: -
“The conclusion of the contract is now under discussion. It is impossible to give an exact figure, but the entire park will be modernized. ” 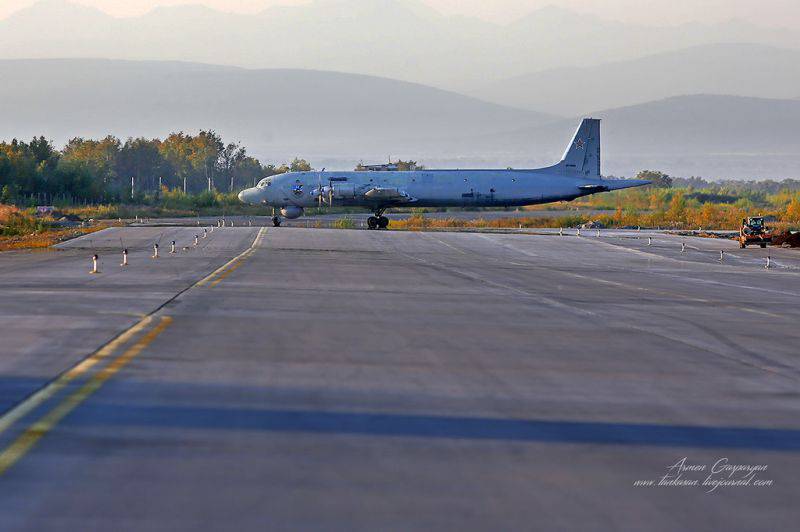 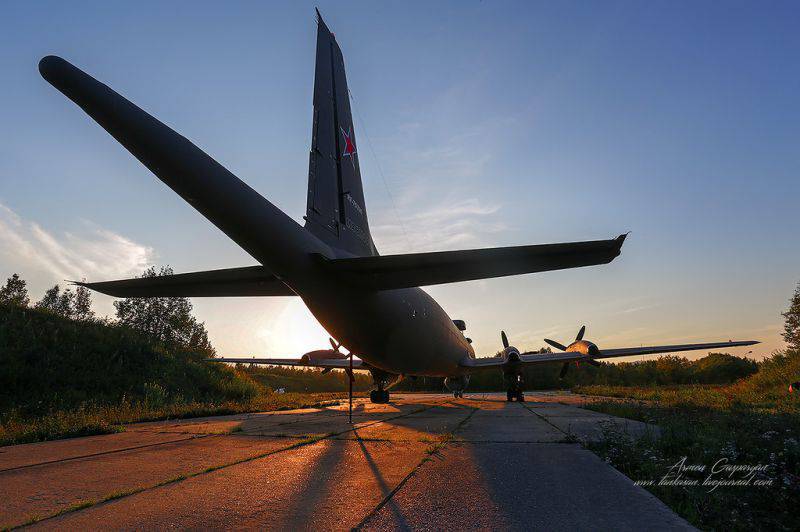