28 September 2015
20
New diesel-electric submarine "Krasnodar" (project 636.3) will be transferred to the Russian Navy in November 2015 g, reports Flotprom with reference to the representative of the Admiralty Shipyards, Natalia Volovik. 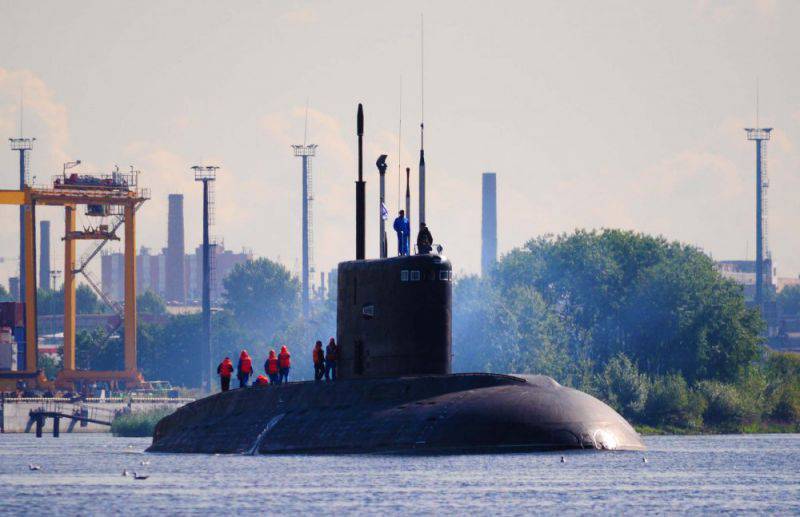 “The date is not yet known, but we will transfer the submarine on time - before the end of November, perhaps even earlier,” Volovik said.

According to Volovik, Krasnodar diesel-electric submarines are undergoing the 3-th stage of sea trials.

"On the other two submarines under construction at the 636.3 project Kolpino and Veliky Novgorod, the hull is currently being docked," she added.

Portal Help: "Krasnodar" is a diesel-electric submarine of the 636.3 Varshavyanka project. Designed to combat submarines and ships of the enemy, for the defense of naval bases, coastal and sea communications, reconnaissance and patrol activities on the communications of the enemy.

Ctrl Enter
Noticed a mistake Highlight text and press. Ctrl + Enter
We are
The diesel-electric submarines Veliky Novgorod and Kolpino will be transferred to the fleet by the end of November.The head export diesel-electric submarine of the 636 project for Vietnam has been launched at the Admiralty Shipyards
20 comments
Information
Dear reader, to leave comments on the publication, you must to register.