Baluevsky: Iskander in the Kaliningrad region and the strengthening of the Navy will be an adequate response to the deployment of nuclear weapons in Germany

28 September 2015
44
Expansion of the group in the Kaliningrad region, as well as an increase in the activity of the Navy in the Black Sea and the Baltic Sea, will be able to neutralize threats in connection with plans to upgrade the nuclear weapons in the Federal Republic of Germany, said Army General Yuri Baluyevsky, former head of the General Staff of the RF Armed Forces. 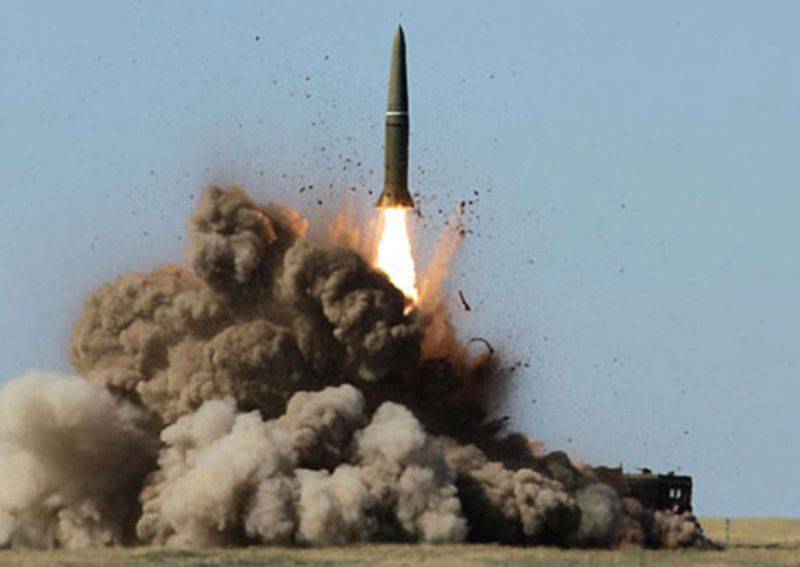 “Creating and, if necessary, increasing the group of troops in the Kaliningrad region, including by deploying Iskander-M operational tactical missile systems, can be one of the adequate actions of Russia in response to the deployment of modernized US tactical nuclear weapons in Germany and other European countries ", - quotes the general ВПК.name.

According to Baluyevsky, one more measure “may be an increase in military activity in the Baltic and Black seas”.

“At one time front-line planes were based in Crimea aviation The Russian Air Force, capable of carrying, including nuclear ammunition. But Ukraine in every possible way impeded the modernization and replacement of these aircraft. Now our hands are untied. Today, in the Black Sea region, both on land and on the sea, we can do everything we need, ”he said.

The general recalled that "at the end of 80-x - the beginning of 90-s, the Soviet Union assumed obligations, in accordance with which it reduced the number of tactical nuclear weapons."

“Today, all our nuclear weapons are in Russia. And what about the USA? In Europe, according to various estimates, there are now from 20 to 50 American atomic bombs. Previously, these were B-61, then nuclear weapons were modified to the B-61-12 variant. Thus, the US tactical nuclear weapons in Europe have been and remain, moreover, in a modernized version, with increased combat characteristics. And if the United States, others, let's say, our potential adversaries, is threatened only by strategic weapons of the Russian army, then in Europe, in particular, in Germany, in the immediate vicinity of the borders of Russia, there are tactical nuclear weapons that already have a strategic character. ”

“Today, pilots from the German Bundeswehr and other European countries are learning how to use tactical nuclear weapons. For what? Who are they going to fight with? Only with Russia - this is obvious, ”he stressed.

“In addition, airfields in the Baltic republics of the former Soviet Union are also prepared for the landing and use of NATO aircraft capable of carrying nuclear bombs,” he added. “All this creates certain conditions for Russia to take adequate measures.”

Ctrl Enter
Noticed a mistake Highlight text and press. Ctrl + Enter
We are
"Iskander" in Syria. Rocket DetectiveThe Dangerous Future of US Strategic Forces (PetroleumWorld, Venezuela)
44 comments
Information
Dear reader, to leave comments on the publication, you must to register.