Putin: Militants must be fought in Syria, and not waiting for their return

28 September 2015
23
For Russia, it is preferable to fight the Islamists - people from the former USSR - in Syria, than to wait from returning home, Vladimir Putin said in an interview with American media. 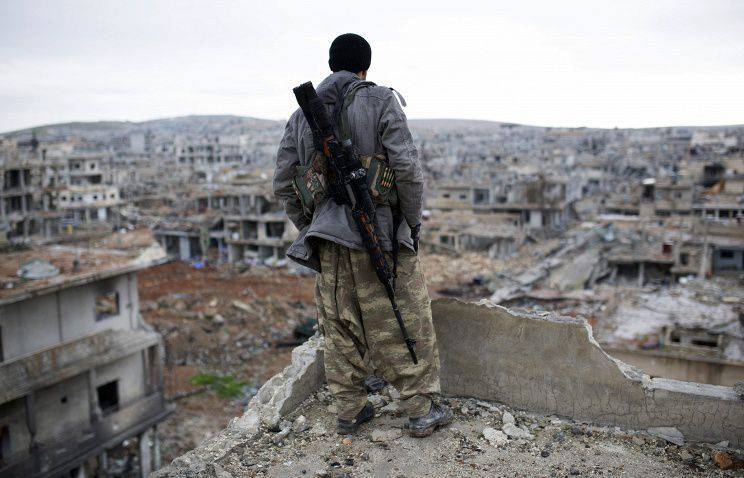 “More than two thousand militants, immigrants from the former Soviet Union are in Syria. There is a threat that they will return to us, - quotes the president TASS. “So, rather than waiting for them to return to us, it’s better to help Assad fight them in Syria.”

“This is the main motivating factor that pushes Russia to assist Assad,” he stressed. “On the whole, of course, we don’t want the situation in the region to become totalized.”

At the same time, according to Putin, "Russia will not participate in any military operations in Syria or in other states." “In any case, today we are not planning this,” he added.

The President noted that the Foreign Ministry of the Russian Federation is constantly working with both Assad and with partners from other countries.

“There is no other way to solve the Syrian problem, such as strengthening the existing legal state structures, helping them in the fight against terrorism, but of course, encouraging them at the same time to have a positive dialogue with the healthy part of the opposition and to carry out political transformations,” Putin

He did not deny that Moscow’s actions were aimed at preserving the power of Assad. “I am deeply convinced that by acting in a different direction, towards the destruction of legitimate power structures, we can create a situation that we see today in other countries of the region or in other regions of the world, for example, in Libya, where all state institutions are completely disintegrated”, noted the Russian leader.

“We are seeing a similar situation in Iraq,” he added, and advised all the forces seeking and wishing for Assad’s resignation, “to send this wish to the Syrian people, because only the Syrian people within the country have the right to decide who to rule the country".

Putin suggested that those who accuse the Syrian president of a war with his people should think about whether they are doing the right thing, “supporting the armed opposition and, mainly, terrorist organizations, only to overthrow Assad, not caring about what will happen to the country after complete destruction of its state institutions. "

“You all the time, repeatedly, with perseverance that deserves a better use, say that the Syrian army is fighting with its people,” said the President of Russia. - But look who controls 60 percent of the territory of Syria? 60 percent of the territory of Syria controls either ISIS (IG) or others - “Dzhebhat al-Nusra” and other terrorist organizations, organizations that are recognized as terrorist and the United States and other states, and the UN ”.

Putin also called the “anti-Syrian propaganda” claims by the West that Assad’s actions “play into the hands of the IS”, and that his departure from the political scene will help intensify the fight against terrorists.

Ctrl Enter
Noticed a mistake Highlight text and press. Ctrl + Enter
We are
The big press conference of Vladimir Putin
23 comments
Information
Dear reader, to leave comments on the publication, you must to register.