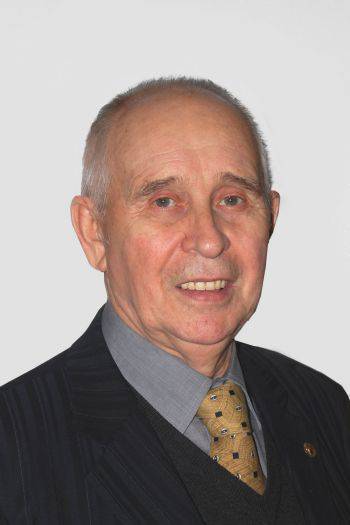 Constant communication with the commanders of the Ministry of Defense of our country and friendly countries prompted me to convey to the readers of the "VO" some correct statements that can cause smiles and not offend anyone. Maybe some will remember their youth and add in the comments "catch phrase".


1. "Comrades fighters, please kill in my nose that it is not necessary to hurt the mind a lot."

2. "The orders of the platoon commander must be carried out first, and personal affairs must be done immediately."

3. “Dig deeper, throw further. While flying, rest. So you never get tired. ”

4. "To combine space and time, you should dig from the fence to lunch."

5. "Your employment should not interfere with the excellent service to the Fatherland."

7. “Comrades officers, please do not rejoice much. Once a year and the donkey can become a horse. ”

8. “To whom and the mare the bride, and in some farms and a hedgehog of cattle”.

9. "Remember the fighters that history it is difficult to enter, but it is easy to plunge. ”

12. "There are three reasons for the absence of evening verification: forgot, washed down or scored."

14. “Remember, the soldier’s father is the commander, and the mother is service.”

15. "The winter coat warms the fighter in winter, and cools it in summer."

18. “If a fighter answers“ now, ”then know that this is tantamount to a Jewish“ infection ”.

19. "Fighter, strive to conquer not the world, but his knowledge."

20. “Well, what can I say, comrades officers. Your flat reasoning most vividly demonstrates the stereotype of your thinking. ”

21. “An honest fighter wants not to serve, but to sleep. Therefore, he must be forced into service. ”

22. “The plan of operational use of each combat unit is a serious and important document. Here, "maybe", "probably", "nakosu nakos" should not take place. Therefore, I feel sad that the division’s operational division did not find anything smarter than how to entrust the development of a plan to a lieutenant colonel with an elementary military education. ”

23. “The frightened fighter is disposed to disrupt the internal routine. This is a potential criminal, a future killer and a rapist. ”

24. "If a fighter today lost a spoon, then tomorrow he may lose the bolt from the carbine, and so close to the betrayal of the country."

25. "Conversation of the duty and duty officer of the school:" Comrade Captain of the second rank, would you go from here. Soon the foreman will come, I will fall, and you will get it. ”

26. "Remember, attractive women distract an officer from the service."

27. "Cadet, do not make a smart face, do not forget that you are a future officer."

31. “At the first lesson with recruits about the structure of the Armed Forces, the lieutenant was asked the question:“ Comrade Lieutenant, is it true that the strongest units of the construction battalion are considered the most “cool” among all types of troops? ” This is my friend from a nearby platoon. ” - “Yes, he is right; stroybatovtsam for the performance of combat missions are not even given weapon, you get a weapon after the oath, for example. And God forbid you to meet them. " - "Clear."

32. "Comrade Sergeant, broadcast on television that the Americans landed on the moon." - “Thank you, darling. Good news. That's where we drove them. ”

Some sayings of military personnel of the armies of the Warsaw Pact countries:

“When a fighter asks for something from the commander, he is embarrassed. This is similar to how a woman asks God for something, as she asks for 77 things. ”

"Remember: whoever is hanged will not be drowned."

"Remember fighters: a healthy person is a rich person."

"Of the two swearing, the one who is smart is guilty."

“When playing, do not torture the animal. It feels pain just like you. Respect the colleague and submit to the commander. "

"Remember, commanders, that it is better to raise a good fighter than ten one-time heroes."

"Fighter, learn to yourself that it is not your hare, whom you chase, but the one you caught."

Ctrl Enter
Noticed a mistake Highlight text and press. Ctrl + Enter
We are
004 "Count" ordered ...My grandfather's front-line letters (part 2)
57 comments
Information
Dear reader, to leave comments on the publication, you must to register.