Will the report of Glazyev change the history of Russia?

29 September 2015
99
Pyotr Nikolaevich Durnovo in February 1914 of the year gave Tsar Nicholas II an analytical note in which he very accurately predicted the development of the events of the First World War ... 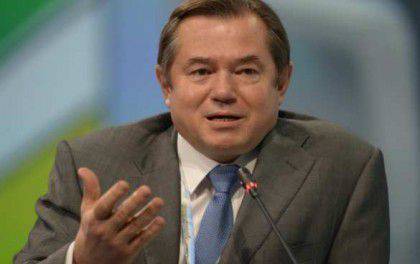 В stories There is a certain number of documents, the appearance of which in itself can be called a historical event.

We will not touch upon world history now, describing all sorts of “US Declaration of Independence” or “Billy on Rights” (including because there documents are only part of and the result of events, not being events in themselves).

For example, the so-called "Note Durnovo". Former Minister of the Interior of the Russian Empire, Peter Nikolaevich Durnovo, in February 1914, gave Tsar Nicholas II an analytical note in which he very accurately predicted the development of the events of the First World War and in every way warned the Tsar against entering the war, especially on the side of the Entente. Among the consequences of joining the war, Durnovo called "shell hunger", the blockade of ports, heavy losses and the almost inevitable social revolution.

If the king listened to his former minister, he could have avoided several million Russians killed and, quite possibly, would have remained in power. But Nicholas II was more interested in hunting for ravens and cats than foreign policy and government.

Another document of similar historical significance is the report of the Vernadsky Commission, published in 1915 year, which noted the absence in the economy of the Russian Empire half of the chemical elements necessary for the development and stated that without accelerated modernization development, Russia will inevitably continue to lag behind in the technological and industrial development from the Western countries, and in a couple of decades will be destroyed.

The report of the Vernadsky commission has the exact opposite fate. They listened to him and took into account. As a result, in the first place, according to Boris Kagarlitsky, this is why the General Headquarters of the Russian army supported the Bolsheviks as the only foreseeable force capable of carrying out the modernization spurt described in the report.

And, secondly, Stalin, relying in many respects on the calculations of this particular report, and carried out industrialization, which in the forties allowed successfully, though with great efforts, to repel the Nazi invasion.

Moreover, the report was not only taken into consideration, but also on the basis of the Vernadsky commission by the Bolsheviks, as soon as possible, five research institutes were created, the developments of which were immediately put into practice.

This month an event took place that can be safely related to the listed documents - the fundamental report of Glazyev was released.

Today the situation in many ways resembles the beginning of the twentieth century: the planet is on the verge of a world war, and Russia again needs a modernization leap. And depending on whether the Russian government’s response to the report of Academician Glazyev is adequate depends on which path the story takes.

Will the modernization begun with the army continue in other sectors, will it choose the right side and strategy of actions in the unfolding global confrontation, will it abandon idle liberal dogmas in favor of more rational development recipes? Soon we will see ...

Ctrl Enter
Noticed oshЫbku Highlight text and press. Ctrl + Enter
We are
On the other side of the “red” and “white”. Izborsk Club ReportHow can Russia survive and win in the 21st century?
Military Reviewin Yandex News
Military Reviewin Google News
99 comments
Information
Dear reader, to leave comments on the publication, you must sign in.