Neither Churkin, nor Lavrov in the hall of the General Assembly was not during the speech Poroshenko

28 September 2015
58
Russia's permanent representative to the UN, Vitaly Churkin, during his speech Poroshenko left the General Assembly hall, but other members of the Russian delegation remained in the hall, reports RIA News message from a diplomatic source. 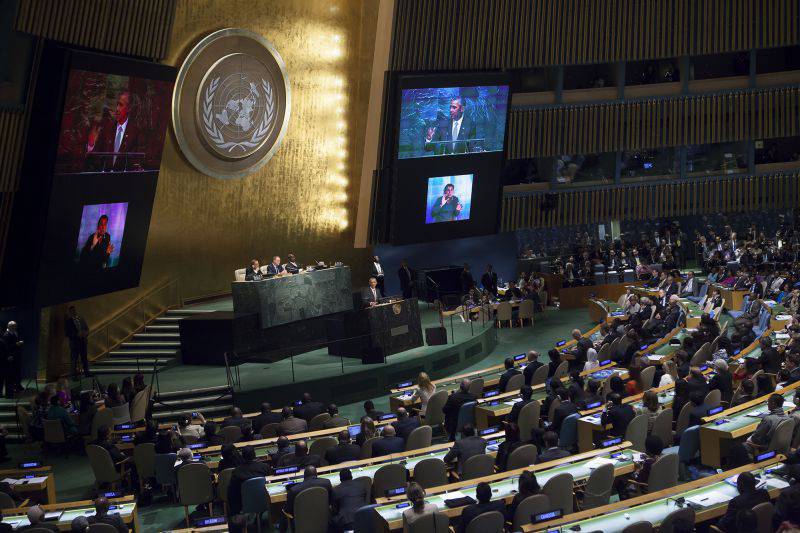 The interviewee noted that Sergei Lavrov was not in the hall - he was in the waiting room and was preparing for his speech.

“As for Lavrov, he did not go anywhere, but waited for his turn to go to the podium (according to the order of speeches) in the waiting room,” he explained.

At the same time, the Ukrainian president was late, and his speech was postponed to a later time. He made a speech directly to Lavrov.

“He (Poroshenko) missed his turn, came later. This happens. There is nothing wrong with that, ”said the source.

Another agency interlocutor said: Poroshenko was late due to the fact that "he spoke elsewhere."

Ctrl Enter
Noticed oshЫbku Highlight text and press. Ctrl + Enter
We are
Of the Russian Federation in the UN: Yanukovych asked Putin to engage the Russian troops in Ukraine
Military Reviewin Yandex News
Military Reviewin Google News
58 comments
Information
Dear reader, to leave comments on the publication, you must sign in.