27 September 2015
78
The deputy from the Poroshenko bloc, Commissioner for the Affairs of the Crimean Tatar people Mustafa Dzhemilev took over as head of the National Council on anti-corruption policy, reports RIA News. 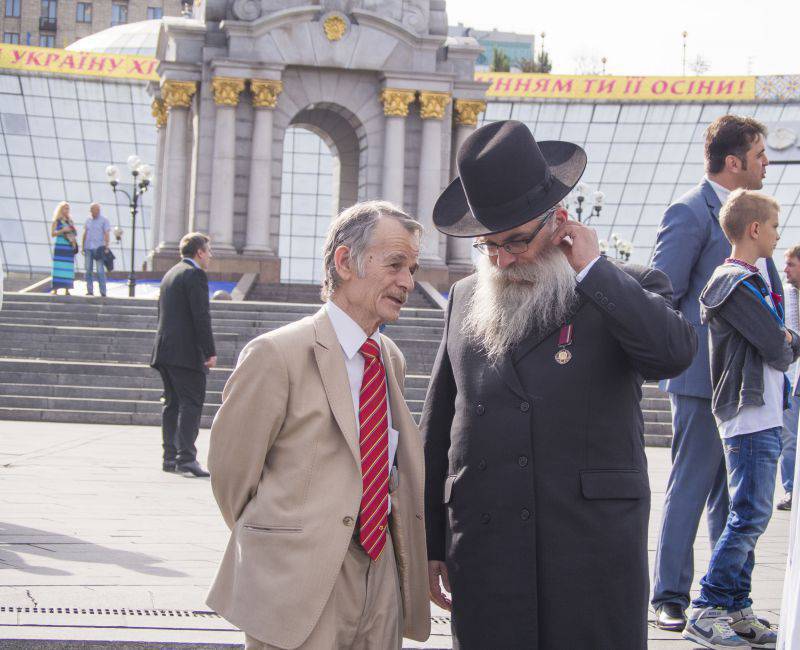 “To appoint Mustafa Dzhemilev - the authorized President of Ukraine for the Affairs of the Crimean Tatar People - Chairman of the National Council for Anti-Corruption Policy”, - says the text of the decree of the Ukrainian president.

The agency reminds that the leaders of the Mejlis of the Crimean Tatar people (organization is not registered) Dzhemilev and Chubarov are involved in two criminal cases opened in the Republic of Crimea. Both of them last year were banned from entering the Crimea for 5 years "for inciting ethnic hatred."

Ctrl Enter
Noticed a mistake Highlight text and press. Ctrl + Enter
We are
Dzhemilev is looking for 24 million dollars to create a "Crimean Tatar battalion"Dzhemilev: "Crimean Tatars live with expectations of the end of this nightmare"
78 comments
Information
Dear reader, to leave comments on the publication, you must to register.