Plasma "stealth" - our response to the American "invisible" 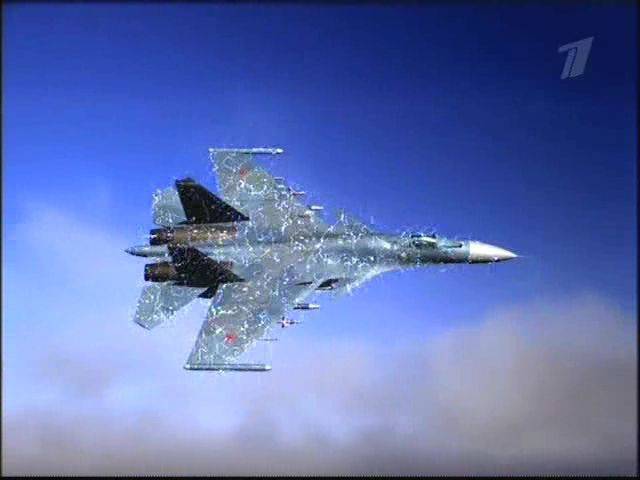 Below, the bony ridges of the chains of the great Hindu Kush ridge, the “Hindu murderer,” flashed. The ranks of rocky treeless mountains are strictly parallel to the main ridge. Artsybashev peered into the horizon. There, in front, the main ridge of shining peaks should rise, and the on-board radar, shining green, showed this great wall.

"Hannibal is at the gate!" This meant that the group was already in place, and the object was in sight. Artsybashev moved the lever on the console, and only his instinct told him that he had earned a hundred kilogram plasma generator in the nose of the car. After a few seconds, the MiG was shrouded in a bluish haze.

At that moment, his mark disappeared from the radar screens of the Kabul aeronautical station and even from the indicators of the powerful A-50. Four aircraft at once melted in space, as if disappearing in the next "Bermuda Triangle" ...

It is difficult to say who was the author of the idea of ​​plasma stealth generators, but Maxim Kalashnikov (whose passage became an epigraph to the article) was not the first. The idea quickly penetrated into the masses and firmly captured the minds.

To understand how plasma stealth works, you need to go back a hundred years to the past.

1919 year. J. Hattinger obtains a patent for a plasma antenna. A device for emitting and receiving radio waves, which uses ionized gas instead of metallic conductors. Hattinger's invention was not immediately used. Only today, with the advent of plasma solid-state antennas, the possibility of creating high-speed data exchange networks (WiGig) has appeared. 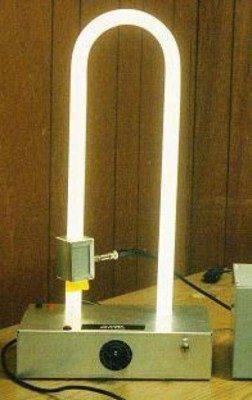 The military, on the contrary, was interested in the possibility of forming plasma antennas in open space. The main task is to increase the secrecy of military equipment. Such a system has better noise immunity and is capable of inertia-free change of its parameters.

What do we have in the end?

Now we turn to the basics of radar. Here, everything determines the principle of changing the direction of movement of radio waves when passing through a non-uniform medium. And the higher the electrical conductivity of the reflecting medium, the stronger the reflection of radio waves from the interface between two media.

A confirmation of the high reflectivity of plasma is the reflection of radio waves from the Earth’s ionosphere.

Someone may be confused by the mention of the reduced visibility of military equipment. But visibility is reduced not due to some effects when the plasma antenna is working, but at the time of its disconnection. Unlike metal structures, a plasma antenna exists only while the generator is operating. And then it disappears without a trace.

There is also the effect of a temporary loss of radio communication during the descent of spacecraft from orbit. But the connection does not disappear because of the invisibility of the spacecraft. These are commonplace interferences in the antenna devices of the descent vehicle itself, caused by strong electromagnetic fields. The descending capsule is visible from the Earth, but it is impossible to contact the astronauts sitting inside. If necessary, this problem can be solved in the original way. Engineers suggest using a plasma cloud itself as an antenna ... enveloping the descent vehicle.

The fourth aggregate state of a substance is a partially or fully ionized gas. According to modern calculations, plasma is the phase state of 99,9% of baryonic matter in the Universe.

Suppose the creators of the “stealth generator” have chosen a low-temperature plasma, similar to that used in plasma torches (flame temperature ~ from 5000 to 30 000 ° C). 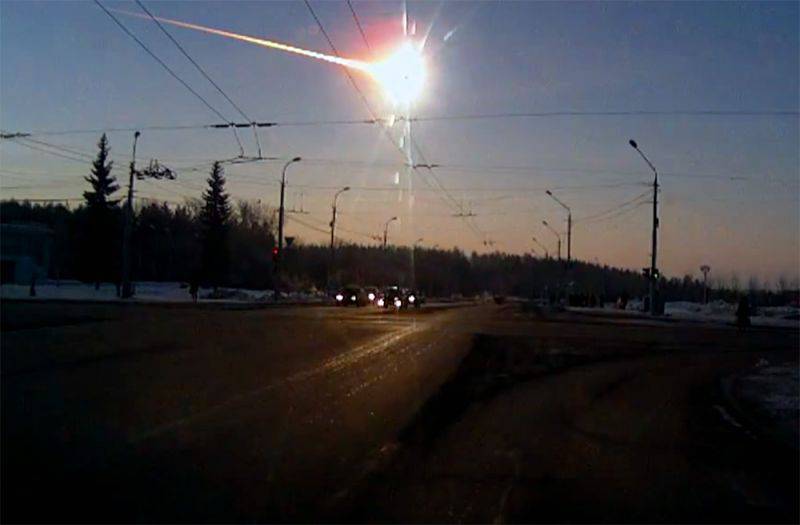 The luminosity and infrared signature of the “plasma cloud” will be similar to a meteorite, and the “stealth” itself is noticeable thousands of kilometers away.

Finally, a simple and well-known fact. 11 ... 72 km / s bursting into the Earth's atmosphere at meteorites (like the ICBM warheads) are well detected by radar, despite the plasma cloud that has enveloped them.

Of no less interest are ways to create and hold a “plasma screen” around an aircraft. How to create a plasma? How to apply for trim? How, in this case, to protect the trim of the aircraft from heating?

These problems are so great that there is no “100-kg generator under the nose fairing” here (hello to M. Kalashnikov).

Finally, none of the supporters of plasma “stealth screens” do not think about where to draw energy for a plasma cloud the size of an airplane!

As a result, to create a plasma screen the size of an airplane, you will have to lift an entire nuclear power plant into the sky. 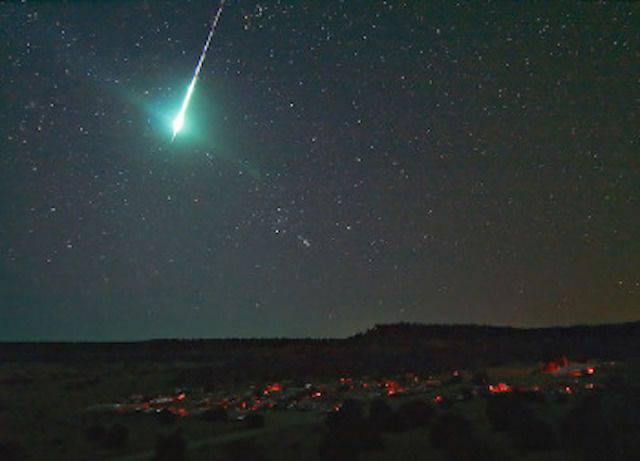 Then there will be a question about the safety of the aircraft equipment and about the threat to the life of the pilot due to exposure to high-intensity electromagnetic fields. However, thermal heating will put an end to this issue much faster.

Before rushing to drill thousands of holes in the casing and put a nuclear reactor on the wing, you must answer the question: FOR WHAT?

All attempts to find at least some information about the development and creation of "plasma stealth", as a rule, lead to the same fictional interview with the experts of the Research Center. Keldysh.

“We have decided to make“ invisible ”on technologies based on fundamentally different physical principles,” said the director of the Research Center. Keldysh Anatoly Koroteev. According to him, if you create a plasma screen near the aircraft, the plane becomes invisible to radar.

A simple example: if you throw a tennis ball at a wall, it will bounce off and come back. Similarly, the radar signal is reflected from the aircraft and returns to the receiving antenna. Aircraft detected. If the wall has angular edges and they are tilted in different directions, the ball will bounce off anywhere, but will not return back. Signal lost. American stealth is based on this principle. If to impose a wall with soft mats and throw a ball at them, then he will simply plop on it, lose energy and fall near the wall. Similarly, plasma formation absorbs radio wave energy. ”
- Legend from the Internet, 2010 year.

Dear scientist, Ph.D. Anatoly Sazonovich Koroteev, I would hardly have talked like this about the properties of plasma. Obviously, some kind of illiterate journalist invented a “duck” about a stealth generator. Plasma formation, by its very nature, is not capable of absorbing radio waves, as described in the quoted “interview”.

Due to its high electrical conductivity, the plasma cannot contribute to a decrease in radar visibility. When enabled, such a “cloud” will shine the brightest mark on the screens of all radars, and its visibility will be even higher than that of a full-metal aircraft. In all spectra without exception!

To say otherwise is the same as declaring that the earth is flat.

And it is a matter of considerable concern that the inhabitants of the most reading country in the world with universal 10-class education so easily believe in different nonsense.

Well, for now - the angularity of the shapes, parallelism of the faces, the use of radio-absorbing paints and composites. Sukhoi T-50 with stealth technology. The future of domestic aviation without plasma generators. 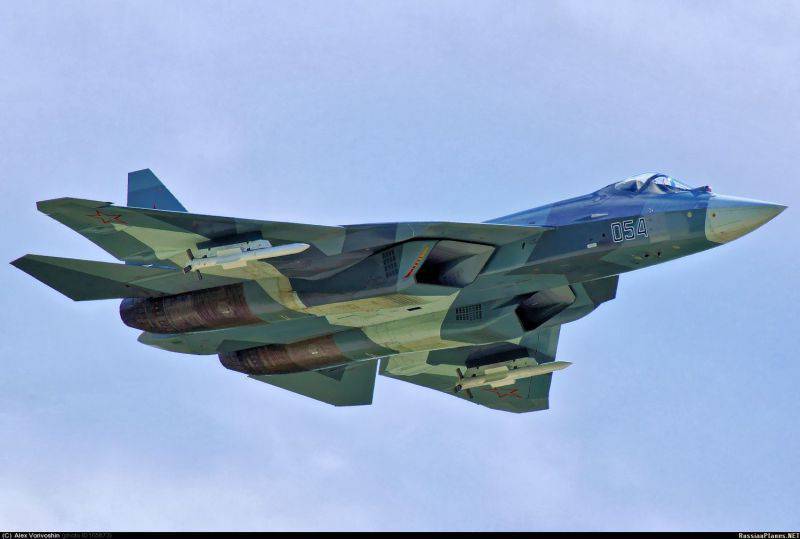 Based on the dispute on the site "IN" and comments from the visitor opus.