28 September 2015
54
Import substitution in Russia is possible and quite real. But a radical change in the Central Bank’s policy is required, a well-known economist believes. 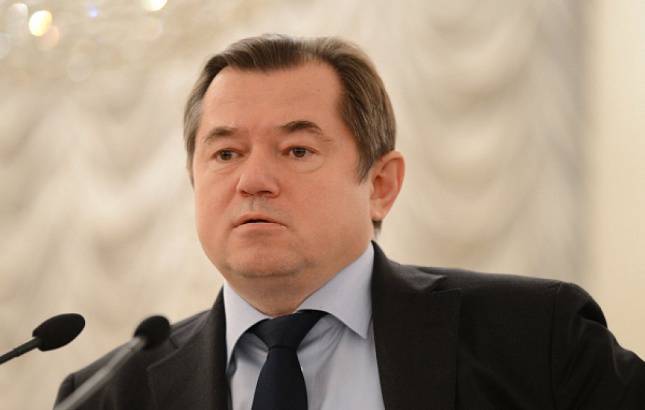 The Russian budget is about half dependent on taxes from the oil and gas sector. Despite the dramatic fall in oil prices, the budget for 2015 was set up on the basis of very optimistic estimates. Low oil prices are dragging down the Russian currency and, as a result, the volume of the monetary and credit base is decreasing. But it’s not worthwhile to see only negative moments in the cheapening of oil, said NSN Advisor to the President of Russia on Regional Economic Integration Sergei Glazyev.

“There is no need to create panic because of falling oil prices,” said NSN Eyes. - To reduce the price of black gold you need to look for positive moments! And above all it is - the cheapening of energy. Previously, no one considered separate oil and non-oil budgets. Linking budget expenditures to the price of oil is a rule imposed on us by the International Monetary Fund. It is this approach that played a fatal role in financing our development. Instead of investing petrodollars in development, we buried them in a stabilization fund and gave loans to Western countries. Today we need a budget to transfer everything to normal sources of replenishment. ”

“Every year we lose a trillion rubles due to the export of capital, which goes to offshore zones without paying taxes. Another couple of trillions flow away due to the shadow economy and its misregulation. By eliminating these shadow zones, the lost oil revenues can be offset. Mineral extraction tax needs to be reorganized. This tax should be rent and payable from the super-profit from the use of our subsoil, and not be a tax on the consumer, thereby increasing the price of energy resources, ”said the source of the NSN.

According to the expert, import substitution in our country is real and possible.

“The utilization of production capacities in high-tech industries is only 20-30%. Production output can be increased several times if loans are provided. The calculations carried out by the State Council have shown that the potential volume of import substitution is 3 trillion rubles. But in order to produce products for this amount, you need to take loans for 2 trillion rubles. And the volume of the monetary base has been decreasing for the second year in a row. Therefore, enterprises do not have the opportunity to expand production, despite the fact that after the fall of the ruble, the price competitiveness of our products has doubled. And since the debt burden of enterprises today is more than half of the working capital, there is no possibility to expand production without additional credit. As a consequence, enterprises, instead of doing import substitution, simply raise prices to make ends meet. And the Central Bank, trying to suppress inflation by reducing the monetary base, is actually strengthening it, ”the adviser to the president complains.

“Import substitution is the most important area, which is much talked about, but due to the fault of the Central Bank, little is done for its development. It is not worth counting on the initiative of young personnel and talented engineers in this matter. Our people are capable of heroic deeds, but it is not humane to force people to do them every day, ”summed up Sergei Glazyev in an interview with NSN.

Experts note that despite the fact that oil has almost doubled in price, taxes and fees from the oil and gas sector remain the main source of income for the federal budget. In the face of falling industrial production and the lack of reform, there are no chances for oil dependence to be removed. And the announced import substitution policy cannot lead to a significant acceleration of industrial production, as happened after the devaluation of the ruble 1998 of the year, unless supported by large-scale investments.

Ctrl Enter
Noticed oshЫbku Highlight text and press. Ctrl + Enter
We are
Way out of chaosWill Kudrin’s resignation lead to the abandonment of the “currency committee” regime?
Military Reviewin Yandex News
Military Reviewin Google News
54 comments
Information
Dear reader, to leave comments on the publication, you must sign in.