26 September 2015
48
CENTCOM (Central Command of the US Armed Forces) received a message from Syria that the “moderate” oppositionists prepared by American instructors handed over part of their ammunition and equipment to the militants of the “Dzhebhat al-Nusra” group, reports RIA News. 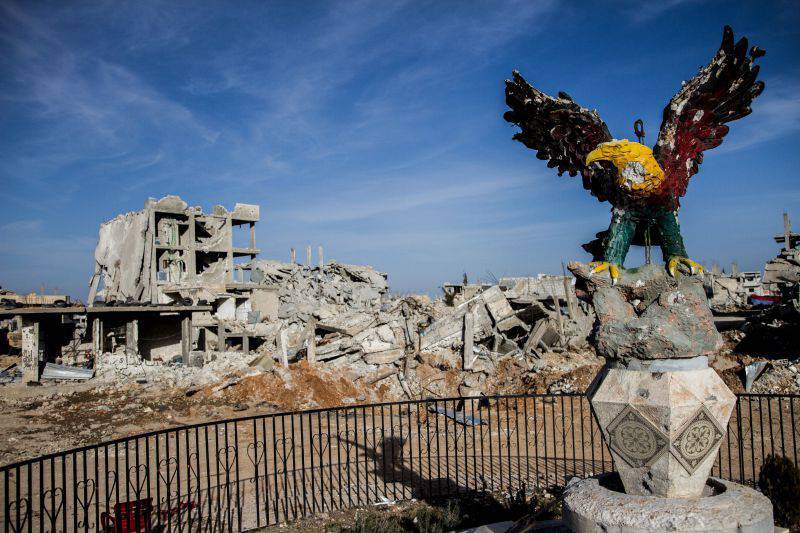 Earlier it was reported that the so-called "New Syrian forces" as part of 70 trained fighters moved from Turkey to Syria to conduct combat operations against the Islamists.

“Today, the New Syrian Forces (NSF) unit contacted representatives of the coalition and informed us that on September 21-22 they donated six small trucks and part of their ammunition, presumably, to the intermediary from the Dzhebhat en Nusra group, approximately 25% of equipment issued to them ",
CENTCOM spokesperson Patrick Rider told.

“Reports on the provision by members of NSF equipment“ Dzhebhat en-Nusra ”, if they are reliable, are very disturbing to us, they are contrary to the principles of the training and equipment program in Syria”- added the officer.

According to the command, the transfer of weapons, was a kind of tribute "for the passage through the territory, which is under the control of the group."

Ctrl Enter
Noticed oshЫbku Highlight text and press. Ctrl + Enter
We are
Reports from the militia of New Russia for 7 September 2014 of the year
Military Reviewin Yandex News
Military Reviewin Google News
48 comments
Information
Dear reader, to leave comments on the publication, you must to register.