October 26 2015
1
Many countries are trying to independently create weapons and military equipment, but not everyone is able to bring new projects to their logical end. Lack of necessary experience, insufficient level of industrial development and other factors of an economic, technical or even political nature often put an end to promising projects. So, for one and a half decades, Spanish gunsmiths worked on a new project managed by aviation bombs, however, this development did not reach the troops.


In the mid-seventies, the specialists of the Spanish company SENER began work on the project of a perspective guided bomb. This weapon was planned to be used on existing and prospective front-line aircraft. Due to the use of a laser homing head of the original development, it was supposed to achieve a high accuracy of hitting targets and, as a result, increase the efficiency of the new weapons. The project of such ammunition was named SBGL (SENER Bomba Guiada por Láser - “SENER bombing with laser guidance”). The project manager was appointed Jose Luis Lopez Ruiz.

The new project proposed to use some existing ideas. In addition, the Spanish experts were going to introduce several new solutions to the project. As a result, the overall appearance of a promising weapon was formed. The SBGL bomb was supposed to have a streamlined body of large elongation and be built on the aerodynamic "duck". It was proposed to equip the ammunition with two groups of planes to ensure the highest possible flight characteristics and control capabilities in flight. The total weight of the product, according to calculations, reached 1000 kg. 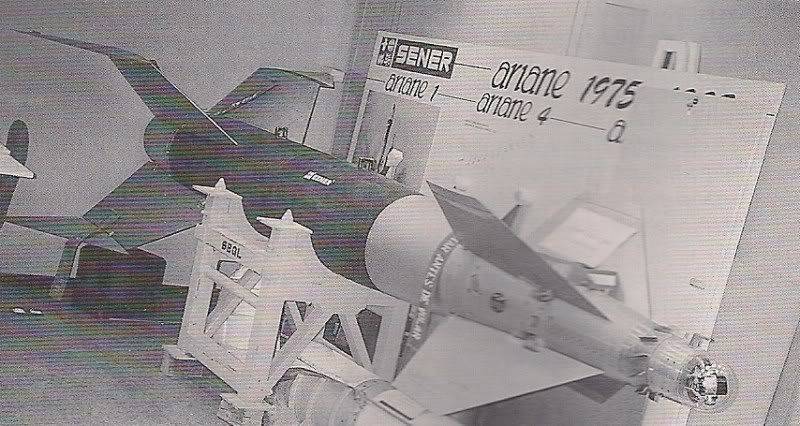 General view of the SBGL bomb

Perspective high-precision weapons received a body of complex shape, formed by several main surfaces. The head part of the SBGL bomb had a conical shape, and was also equipped with a hemispherical transparent fairing. Behind a large head cone there was a cylindrical block. The tail part of the hull was made tapering. On the head fairing of the hull, four full turn steering wheels were provided. In the tail were X-shaped triangular wings. To reduce the size of the bomb during the transportation of the wing tips were folded, reducing the overall height of the product.

The new Spanish-made bomb had a typical layout for such a weapon. In the head compartment placed homing head and steering cars. The rest of the body was given under the warhead and some other units. It is noteworthy that the head compartment with control systems was manufactured in the form of a separate unit mounted on the case. On one of the surviving photos captured such a head unit with a pair of steering wheels. The lower planes, however, were dismantled due to the need to place the unit on a special stand.

A movable photodetector of a laser homing head was located under the transparent fairing of the head unit. Behind this device were the autopilot and other electronics. The steering gears were placed in the tail section of the unit, because of which the steering wheel supports were located at the rear cover of the compartment.

The SBGL bomb was supposed to carry a high-explosive fragmentation warhead. The exact parameters of this product are unknown. Apparently, the total weight of the bomb charge did not exceed 500-600 kg. Probably, it was planned to use a contact fuse, providing undermining of the warhead in a collision with a target.

The development of the prospective guided bomb project continued until the 1982 year. After that, SENER specialists began assembling the first prototypes of the new weapons. Soon the first test dump of an experimental product took place. Performance checks and testing continued until the 1989 year. During this time, spent nine test bombs dumps on conditional targets.

During the tests, it was possible to confirm the calculated characteristics. The aerodynamics of the SBGL made it possible to hit targets at ranges up to 25-30 km from the drop point. Characteristics of the guidance systems, primarily circular probable deviation, etc., are unknown. It can be assumed that this parameter should not exceed 10-12 m.

The relatively long range of the bomb after discharge from the carrier had an effect on the method of combat use. To use this weapon effectively, the carrier aircraft had to move in the direction of the target and perform a discharge at a certain distance from it. Further, the bomb had to independently produce the detection of the target and direct it. Laser gos was induced by the reflected light of the laser, illuminating the target. The illumination could be carried out both from the side of the carrier and advanced aircraft manufacturers. 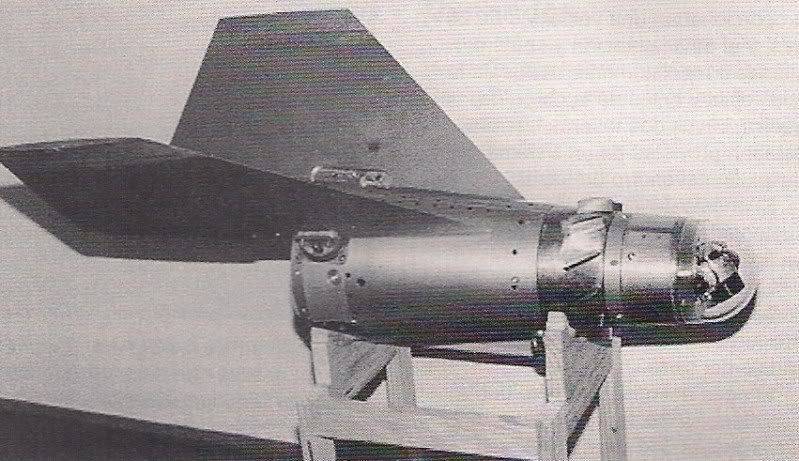 By the mid-eighties, the Spanish Air Force launched a rearmament program. In the very near future, the EF-18 American-made fighter-bomber of the American production should have entered into service with the air forces. In this regard, SENER began to integrate its new weapons into the armament complex of promising aircraft. However, these works ended in failure and did not give the expected result.

Having received the necessary documentation on the new aircraft, the gunsmith designers learned that the SBGL bomb cannot be used by the EF-18 aircraft for a number of reasons. Despite the folding wings, the bomb turned out to be too big for the suspension for new aircraft equipped with existing holders. In addition, due to the relatively large weight of such weapons fit poorly into the nomenclature of aircraft weapons and could impose certain restrictions on the composition of the payload in the combat departure.

Because of these features, the further fate of the SBGL project was called into question. The final blow to it was a very advantageous offer of the American defense industry, concerning the supply of weapons of various types, fully compatible with the EF-18 fighter-bombers. As a result, the Spanish Air Force Command decided to order guided bombs abroad, abandoning the SENER project. The last test of the promising Spanish bomb took place in 1989 year. Shortly after this test reset, all work ceased.

It is known that SENER, wishing to receive new orders from the military department, continued to develop guided bombs, using the existing project as a basis. On the basis of SBGL was created a new ammunition caliber 500 kg, using the same components and assemblies. However, by the time this project was launched, the air force had already acquired the required number of US-made aircraft, which is why the new domestic project was of no interest to them.

The latest attempt to promote advanced weapons of its own design was the BGP-2000 guided-bomb project. Unlike its predecessors, this weapon could interest the customer in the face of the Spanish air force and enter into service. Currently, the main carriers of the BGP-2000 bombs are EF-18 fighter-bombers, which were previously considered as possible carriers of the SBGL product.

We are in Yandex Zen
Air-to-ground guided missiles of the X-29 family (USSR)
Right on target. Domestic guided bombs
1 comment
Information
Dear reader, to leave comments on the publication, you must to register.