25 September 2015
76
"Russian newspaper"referring to the portal "Military informer", reports that Russia sent Lynx armored cars to Syria. The report says that these armored vehicles will help to avoid negative consequences in the event that militants organize ambushes on public roads with the use of explosive devices.


The Lynx armored car is the Russian version of Iveco's Italian LMV M65 armored vehicle. At one time, a contract was signed with the Italian side for the supply of these armored vehicles, while attention was focused on a high level of protective properties. The then Defense Minister A.Serdyukov stated that for the Russian Armed Forces it is necessary to purchase at least 3 thousand "Iveco". However, having bought about 1,4 thousand of such armored vehicles, the Ministry of Defense refused to further purchase.

On the number of set "Rysya" Syria is not reported. 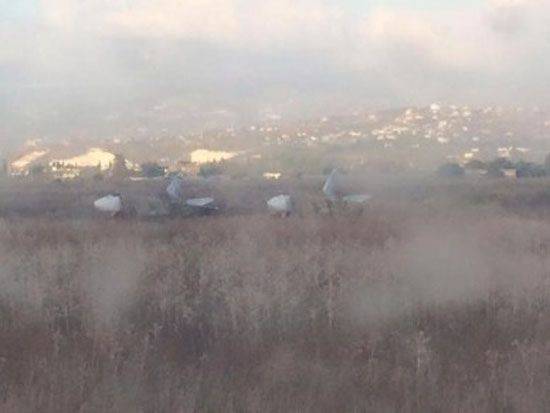 Meanwhile, photos appeared on the Web of Russian Su-24 front-line bombers located on aviation base in Syrian Latakia. At least that's what the author of the photograph says. According to the source, at the moment 12 such aircraft have been delivered to Syria. If earlier the planes were “in sight”, now a special camouflage net is used to reduce their visibility.