25 September 2015
15
A separate air transport regiment stationed in the Sverdlovsk region at the Koltsovo airfield adopted the Terminator helicopter 4, reports MIC with reference to the message of CVO. 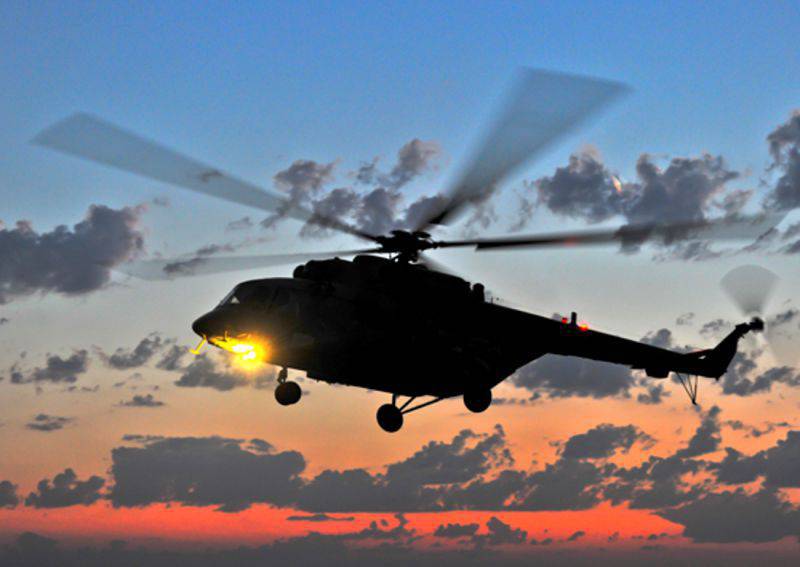 "The link of the Mi-8AMTSH helicopters" Terminator "arrived in accordance with the plan of the state defense order," - said in a release.

“The Mi-8AMTSH transport and attack helicopter is capable of carrying out fire support missions for the units on the battlefield, destroying the armored vehicles, manpower and engineering structures of the enemy. The helicopter can carry up to 37 paratroopers, up to 12 injured on stretchers or transport up to four tons of cargo, perform search and rescue and evacuation operations. ”- told the press service.

It is also reported that for the performance of combat missions, helicopters are equipped with “modern missile and rifle armaments systems, a complex of defenses against landing, transport and airborne and sanitary equipment”.

Ctrl Enter
Noticed a mistake Highlight text and press. Ctrl + Enter
We are
Completed a surprise check of the troops of the Central Military DistrictAttack helicopter armament
15 comments
Information
Dear reader, to leave comments on the publication, you must to register.