“The name of ordinary Nikolai Alekseev will be forever glorified”

In a series of brief essays and notes on the 100 anniversary of the First World War, we have repeatedly told about the exploits of famous and unknown Russian heroes - officers, soldiers, Cossacks, priests, women and children. Some of the glorious names have already come out of oblivion, but the vast majority of the heroes of the Great War are still unknown to our contemporaries. One of these forgotten heroes of the First World War is soldier Nikolai Alekseev, whose feat in the fall of 1915 was reported by many periodicals. We give a note from the popular magazine "Niva", dedicated to the feat of this hero. 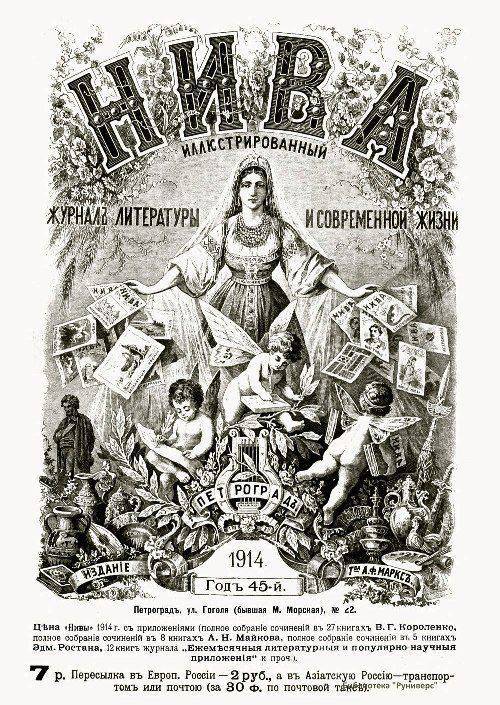 As the glorious name of ordinary Vasil Ryabov, the martyr-hero of the Russian-Japanese war, is immortalized in Russian folk hearts, the name of ordinary Nikolai Alekseev will be forever glorified. Several of our heroes, who managed to escape from enemy captivity, reported on the outstanding fearlessness and high understanding of their duty and love for their homeland, shown by the ordinary 82 th Dagestan infantry regiment Nikolai Alekseev during his stay in captivity with the Austrians.

Nikolai Alekseev, along with our other prisoners, were forced by the Austrians to build fortifications and dig trenches.

Knowing that these works were directed against us, he resolutely refused to take part in them. The Austrians tried to force Alexeyev to submit to his demands with all kinds of torment and torture, but they did not achieve their goals.

The most painful torture Alexeyev underwent was the following: they placed Alekseeva with their backs on a tree with several bricks laid one on another, tied his legs with ankle with twine, hanging the last one on a nail hammered at that height, and weakly hung the body to the tree. Then the bricks were pulled out, so that Alekseev was suspended on a nail. He was kept there for about twenty minutes, while at the same time an Austrian officer with a revolver in his hand was threatening to die all the time. It was a spectacle, and even the Austrian sentries turned away from him.

When after that Alekseev refused to dig trenches, he was taken to one of the higher headquarters for the court and put in prison. 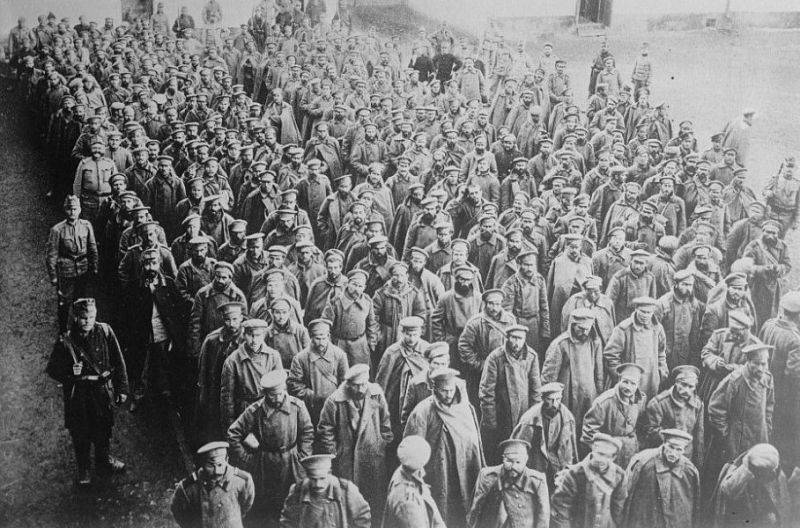 The behavior of N. Alekseev made a strong impression on all the prisoners, as well as on the Austrians themselves.

By the way, the officers at the prison where Alekseev was kept, bringing out his prisoners, arrested for drunkenness, etc. misdeeds, put Alekseev's ranks on the left flank and, scolding and reproaching their Austrians, calling them for their misbehavior "internal enemies of the state", at the same time set them as an example of Russian Alekseev, who showed so much devotion to the motherland. 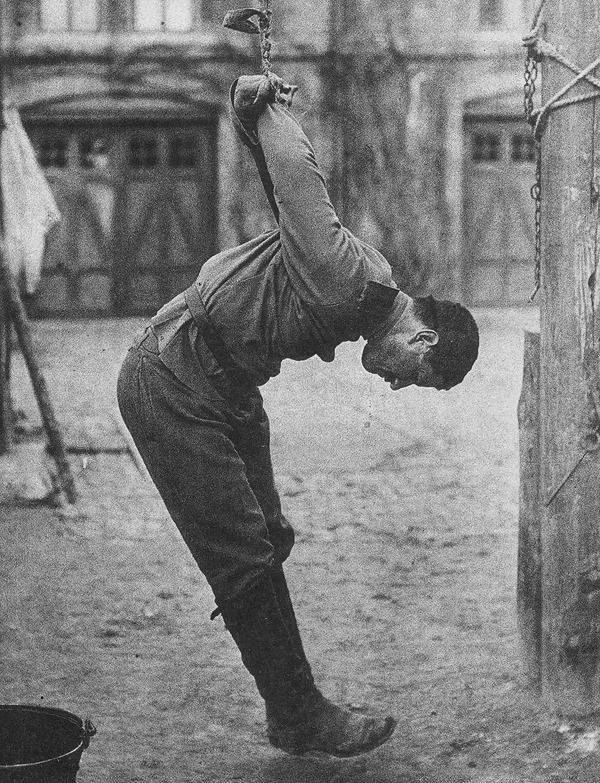 Upon Alekseev’s return from prison, he again refused to dig trenches, despite the fact that the Austrians convinced him that these trenches were not intended against the Russians.

After that, Alekseev was taken to a prisoner of war camp, and his further fate is unknown.

On the heroic behavior of Nikolai Alekseev in captivity was reported to His Majesty the Emperor. It was pleasing to His Majesty to tell Alexeyev to return to his homeland about his feat and take steps to clarify his fate.

The subsequent fate of the hero, it seems, has remained unexplained. However his name история retained thanks to the work of the well-known military historian A.A. Kersnovsky “The History of the Russian Army”, in which there are such lines: “Inhuman treatment of Russian prisoners of war fell forever in indelible shame on the memory of the Austro-German armies. Prisoners were forced to dig trenches in the French, Italian and Macedonian fronts. Those who refused were subjected to torture. The most common was hanging by the arms. In Germany, puncturing and self-harm were practiced. Russian soldiers, who remained loyal to the oath to the end and refused to work for the enemy army, were shot in front of the front. The cadets, the future officers of the imperial-royal armies, were appointed to carry out the execution. For these German young men, shooting Russian prisoners was a holiday - and the number of applicants was many times higher than the number of lucky ones. The names of Izmailovsky Fyodor Lunin, Dagestan Nikolai Alekseev and the memory of thousands of other heroes tortured by Central European savages, should, like inextinguishable lampadas, shine in Russian souls, like the names of Agathon Nikitin and Thomas Danilov tortured by savages of Central Asia. The atrocities of the Austro-Hungarians surpassed the atrocities of the Germans. " 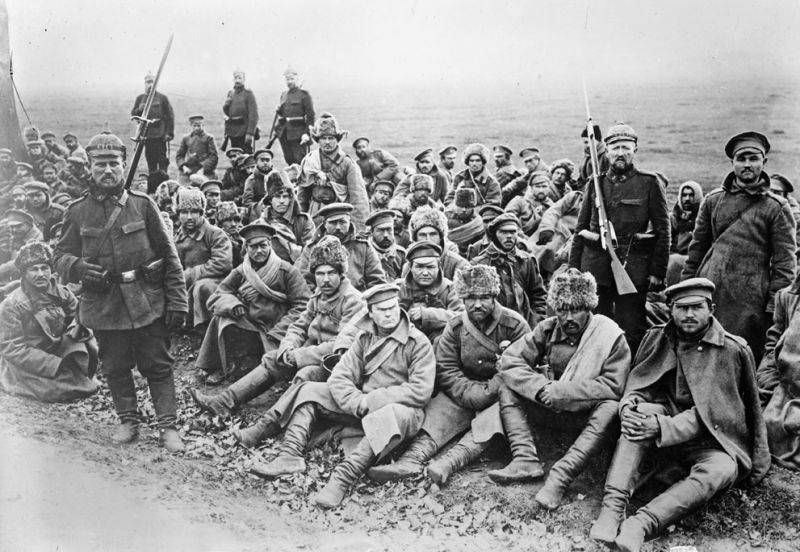 As you can see, the feat of the soldier Nikolai Alekseev was not isolated - he had both predecessors and followers. The history has preserved for us the names of at least five heroes, as well as Alekseev who categorically refused to work for the enemy - Fyodor Lunin, Filipp Ivanov, Ivan Kataev, Ivan Timofeev, shot by the Austrians for refusing to work for the enemy, as well as the ordinary Kolpakov, executed by the Germans in August 1915 year and the refusal to perform military work against the allied France.

Here is what contemporary author T. Simonov reports about their exploits: “The Emergency Investigation Commission in Petrograd, among many others, received information about the execution of three Russian soldiers and one non-commissioned officer on the Austrian-Italian border, on the Bregiser Pass. Russian prisoners of war were transferred here for the construction of defensive fortifications against the offensive of the Italian troops 26 in May 1915, under the pretext of being sent to work in private farms. All one thousand prisoners of war of soldiers and non-commissioned officers refused to work. The measures taken by the Austrian guards at first were usual in such cases - starvation and hanging to the posts in groups of ten to twenty people. Since these measures did not give the desired result, the head of the party threatened the whole execution. Two days later, one hundred and thirty pupils from a junker preparatory officer school under the command of captain Pilz arrived at the pass from Innsbruck. The prisoners were built, they began to prepare for death, "doing prayer, baptizing and bowing to the earth." Six hundred people from this group did not withstand moral strain and agreed to work, while the rest continued to starve for four days. Another two hundred soldiers from those subjected to hunger could not stand it. After that, all non-commissioned officers were suspended from the poles for two hours for two days, after which they were taken in an unknown direction. On June 1, the remaining two hundred prisoners of war who did not agree to work on the front lines were built along the highway. The non-commissioned officer of the Life Guards Izmailovsky Regiment, Fyodor Lunin, and five other soldiers put in front of the ranks and asked them the question: would they work? Following the refusal, Lunin was blindfolded, "he crossed himself, bowed to the earth and, stretching his arms at the seams, waited for death." His and three soldiers, Filipp Kulikov, the private 193 th Sviyazhsky regiment, Ivan Kataev, the private 47 th Ukrainian regiment, and Ivan Ivanov Timofeev, the private 324 th Klyazminsky regiment, were shot. The fourth soldier was saved because most of those present at the execution agreed to work. ”

We are in Yandex Zen
Anglo-Transvaal war in the illustrations of the magazine "Niva"
Feat Ikansko hundreds
8 comments
Information
Dear reader, to leave comments on the publication, you must to register.