Put up bombs - for an ally 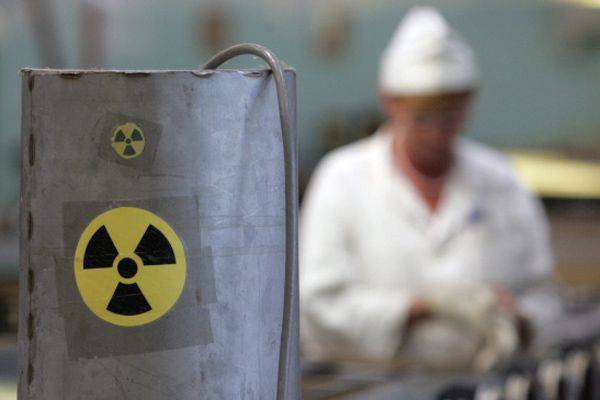 Russia will respond in response to US plans to deploy new tactical nuclear bombs in Germany. This statement was made yesterday by the press secretary of the Russian President Dmitry Peskov. According to him, the plans of Americans can lead to a violation of strategic balances in Europe. "Therefore, of course, this will require Russia to take appropriate counter-steps, countermeasures to restore this strategic balance and parity," he said.

Recall that the United States plans in the near future to place 20 atomic bombs in Germany. The sensational report, more typical of the period of the Cold War, was issued by the German TV channel ZDF. According to journalists, on the American base in the German town of Büchel tactical atomic bombs like B-61-12 will be placed.

Currently, tactical charges of the same group and destination are located on this air base, but of an earlier modification - the 11 series (B-61-11). Also in the amount of 20 units. Their replacement by more modern warheads, according to German media, will cost the US 10 billions of dollars. The funds will also be used to adapt ammunition for German Tornado aircraft. Since so far only American fighters F-22 Raptor are capable of carrying such charges.

According to military experts, the B-61-12 type bomb is much more accurate and powerful than its predecessor. It is worth noting that 11-I and 12-I modifications are fundamentally different from all previous methods of application. Older B61 modifications were designed for surface action and did not exceed 9 megatons in TNT equivalent. Simply put, the bombs exploded in the air and were designed to destroy the equipment and manpower of the enemy in the usual way. The current modifications are equipped with a special case and retarder fuse. This allows the bomb to penetrate a few meters into the surface and explode already underground. In this case, the 9-megaton charge dramatically increases in power: with a ground explosion, some of the energy is lost, going into the air, and with an underground seismic effect, the damaging power dramatically increases.

By the way, it is precisely because of its "non-strategic" nature that weapon never fell under any agreement on nuclear disarmament.

In the Ministry of Defense of Germany refused to comment on reports of new nuclear bombs. But Berlin’s plans were confirmed by Thomas Hichler, a politician from the Social Democratic Party of Germany, who specializes in state security issues. According to him, in the coming years, the federal government intends to spend 112 million euros on the development of an airbase in the city of Büchel. In turn, the former parliamentary secretary of state under the German defense minister, Willy Wimmer, called it "the deliberate provocation of our Russian neighbors."

The Russian Foreign Ministry said they are concerned about the information that countries that do not have their own nuclear weapons are practicing their use.

We add that, according to the German TV channel, it is planned to modernize other European bases with American nuclear weapons, such as Incirlik in Turkey and Aviano in Italy.

At the same time, yesterday it became known that Russia, in response to the emergence of new American nuclear bombs in Germany, could deploy Iskander-M operational-tactical missile systems in the Kaliningrad region. "Such a question is being considered," a diplomatic source told Interfax.

- According to the letter and spirit of the Treaty on the Non-Proliferation of Nuclear Weapons, nuclear countries must take measures to not transfer control and management of nuclear weapons to other countries. However, as pilots aviation The Bundeswehr, as well as pilots, for example, Holland, Belgium, and in recent years, Poland have been training in the use of American tactical nuclear weapons, including these bombs.

- Considering our nuclear arsenals, these bombs do not carry a separate threat to Russia. True, in conjunction with the nuclear forces of Britain, France and the United States, this is a very significant addition.

Pavel Zolotarev, Deputy Director, Institute for the USA and Canada:

- Nuclear weapons have long been no means of warfare, it is only a factor used exclusively for political purposes. By the way, during the Cold War, more than 7 thousands of nuclear weapons were deployed in Europe, after which the Americans left only 150. We now remembered the US tactical nuclear weapons because of the situation in the world. From a military point of view, it poses no threat to Russia, because these are bombs that can be delivered to the target only by aircraft. And the aircraft that is based in Europe, at best, can reach the border with Russia. As for the possibility of their relocation closer to the territory of Russia, it is meaningless, because such objects are always the goal of the first strike.