Why Russia saves Syria, not Ukraine

26 September 2015
495
It is asked why Russia joins the military confrontation in Syria, but not in Ukraine. Like, what, the Syrians are closer to us Ukrainians? Not only that, but, in general, sadly, it turns out that yes - some became brothers in spirit, ready to fight for their right to be human, others - sold out for beads and called themselves “non-brethren.”


Comparing Syria with Ukraine is very revealing, as it gives answers to the main questions about Ukraine: how and why Russia acted this way and not otherwise. Both countries became victims of Western propaganda and aggression, attempts to bring scumbags and terrorists to power. But the script is completely different. 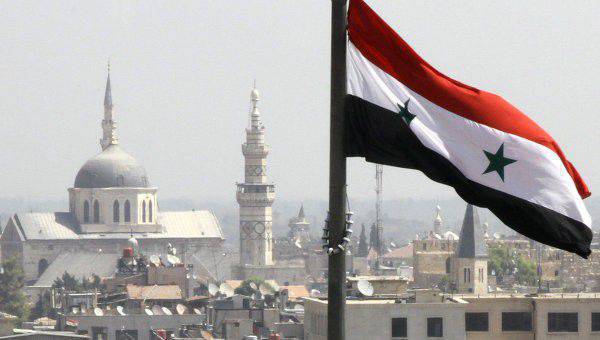 1. President Assad did not go on about the "peaceful opposition" and the ultimatums of the West.

2. When the West launched a scumbagging terrorist against him, passing it off as a rebel, Assad found support in the Syrian elite. Despite a series of betrayals, he managed to retain control of the country through the management layer and army personnel.

3. The United States on the ruins of Iraq is creating a new gang of ISIS and delivering a new, even more severe blow to Syria.

4. During the 4 years in the toughest battles, despite the huge sacrifices and multimillion-dollar migration, Syria continues to resist gangs of scumbags, demonstrating will and a sober understanding of the situation. The people of Syria, along with the core of the elite and the government becomes a monolith.

1. President Yanukovych, indirectly supported by Moscow, at the decisive moment (February 21) got cold feet. He did not take responsibility for the necessary violence and still considers it an achievement.

2. The elite, in turn, betrayed both Yanukovich and that part of the country that did not share pro-Western views and was oriented towards Moscow. The elite surrendered to the West with giblets. Zero resistance.

3. The population of Ukraine, sadly, for the most part accepted - either frightened or left aside - the illegal seizure of power by scumbags in Kiev and in the field. Only the Crimea, Donbass, and hundreds of people in Odessa, Zaporozhye and Kharkov rendered active resistance.

4. For more than a year and a half, the population of Ukraine, despite all the bullying of scumbags, has tolerated them and, moreover, allows them to set them against the residents of Donbass and Russia. No propaganda can justify the fact that many Ukrainians have committed treachery within themselves. Ready to kiss the shoe of a US soldier to trample on the Russians. A shame.

In Syria, Russia stepped up its assistance only after it saw that Assad was on the verge of a possible defeat, when Syria demonstrated all the 100% of its capabilities, and even more. When, judging by some information, Washington was ready to conduct a ground operation to eliminate Assad.

Purely legal detail, important personally for Putin as a lawyer: Assad is the legal authority in Syria, which officially, on behalf of the majority of the people, asked for help. The Russian military base has long been located in Syria. There are no obstacles in terms of international norms and laws in assisting Damascus.

What is in Ukraine? Immediately after the violent seizure of power in Kiev, Moscow, by carrying out a unique operation, fulfilled the minimum task: it defended the Crimea and its fleet from the invasion of extremists. At that moment it was legal and understandable - the state collapsed, extremists came to power, the inhabitants of the peninsula expressed unequivocally against them and for returning to Russia. Russia had a pivot point in the form of a military base. This is a unique situation in reality.

Further, Moscow, clearly expressing its position on what happened in Kiev, was expecting a reaction from local residents and elites. Active resistance waited only in the Donbass. In Kharkov and Zaporozhye, it came to naught at the first wave of terror. The burning in the Odessa House of Trade Unions became that tragic point, after which it became clear that, throughout Ukraine, the resistance turned out to be the lot of singles, and the majority accepted this power and believed in its propaganda of hatred towards Russia.

During the election of Poroshenko, the junta actually received a mandate from the majority of the population, and the window of opportunity to overthrow the impostors with the help of Russia slammed shut. Yes, it was the defeat of the Russian world in most of Ukraine, and Moscow was forced to admit this. There was nobody to lean on Ukraine.

The only task left is to defend the Donbass without direct intervention of the Russian army, which would look like external intervention and would be unacceptable for Russia. And in principle, it was possible, but, to a great regret, it led to huge casualties, since the Russian army could not speak out directly and use its full potential, the Kiev authorities were so frostbitten that they formally treated the citizens of their state as nonhumans and killed them frenzy.

To recognize the Donbass independent and to annex Russia, had no legal right, since in these territories there was not enough self-government and successive power, as in Crimea. In addition, having annexed Donetsk and Lugansk (a small part even from the territory of Novorossia), Russia thereby dismissed the rest of Ukraine. The Donbass turned out to be the anchor that kept Kiev under our influence, exhausting its regime.

So: military assistance to Syria can be official and even direct, because in Syria there is legitimate power, a cohesive elite and a heroic people who have not betrayed or sold out. In Ukraine, however close she was to us, none of this turned out to be. We all together lost this territory ideologically, and therefore (so far) we are not able to fight openly in a military way.

In Syria, scumbags who call themselves true Muslims resist with machine guns in their hands; in Ukraine, with scumbags calling themselves patriots, they are considered as having power — the streets are called by their names. This is a fact, and this is not going anywhere.

Ctrl Enter
Noticed oshЫbku Highlight text and press. Ctrl + Enter
We are
About Stalin and KhrushchevInterview by President Bashar Al-Assad to the Sunday Times
Military Reviewin Yandex News
Military Reviewin Google News
495 comments
Information
Dear reader, to leave comments on the publication, you must sign in.