Russian Foreign Ministry: US blocking the resolution on the inclusion of ISIL in the UN Security Council's sanctions list

24 September 2015
117
Director of the Department for New Challenges and Threats of the Ministry of Foreign Affairs of the Russian Federation Ilya Rogachev told the correspondent RIA News that Washington is blocking Moscow’s initiative to include the Islamic State terrorist organization in the sanctions list of the UN Security Council. According to Rogachyov, the United States does not want to make ISIS specifically on the sanctions list, allegedly because Al-Qaida is already on this list, and ISIS should be considered only one of the options for “regional” Al-Qaida names.


RIA News publishes a statement by the representative of the Ministry of Foreign Affairs of the Russian Federation:
It is not a secret for anyone that ISIS is an independent structure, acting to a certain extent as an al-Qaida rival. At the same time, in the UN Security Council’s anti-terrorism sanctions list, it is designated as one of the names of al-Qaida in Iraq. We have already proposed to include the IG in the UN sanctions list as an independent person involved. But our proposals are blocked by Western members of the Security Council, primarily the United States, under various pretexts. (...) They think the IG is Al Qaeda in Iraq, which has replaced the "brand", that Al Qaeda has been reborn, and that Al Qaeda in Iraq is no more, but Moscow has other information .

If the West is trying to circumvent the sanctions question in relation to ISIS, then this is yet another proof that the terrorist organization was generated by Western financiers and politicians to achieve their goals, along with the geopolitical goals of the United States. 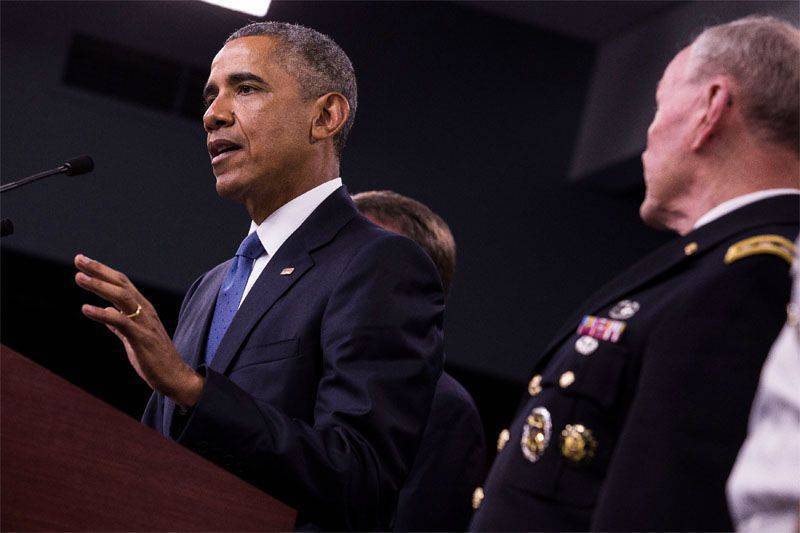 Rogachev is diplomatically reserved:
We believe that Americans say this only because of one circumstance: the desire to show that this set of IS power, its current successes, is in no way connected with the fact that the Westernizers, first of all the USA, very indiscriminately raised opposition to the government of Bashar al-Assad, including significant resources fell into the hands of extremists. This is a purely politically calculated position that has almost nothing to do with antiterror. Therefore, we are persistently raising this question and we will continue to persistently raise it.

Earlier, the head of the Ukrainian Foreign Ministry Klimkin announced that the members of the IG were “financed by Russia”, and that it is impossible to solve the problem of ISIL existence by military means. These pearls were commented on Facebook by Russian Foreign Ministry spokeswoman Maria Zakharova:

To understand the depths of the Novoukrainian foreign policy thought and the flight heights of its implementers, consider the quotation of Ukrainian Foreign Minister P. Klimkin from the 24 channel interview: “You will never defeat ISIS militarily. A significant number of those on the side of ISIL are the former military armies of Saddam ( Hussein.) Russia knows them perfectly well. She knows their mentality well. She has trained them to a great extent. "

I wonder if the Pentagon knows that ISIS cannot be defeated militarily? Why is it so hard to troll those with whose hands you feed? .. The guys are trying, agitating the community, fly back and forth. After all, not only P. Klimkin understands that the effect of coalition actions tends to zero, but still somehow it does not work out in a comradely manner.

And it is also funny that the one who represents the government, which plunged his country one and a half years ago into the bloody abyss of the “Anti-terrorist operation”, speaks about the impossibility of solving the problem of terrorism by force.

Ctrl Enter
Noticed a mistake Highlight text and press. Ctrl + Enter
We are
117 comments
Information
Dear reader, to leave comments on the publication, you must to register.