28 September 2015
68
Everything flows, everything changes. Once, people excitedly looked at clippings from post-Soviet newspapers with the magic words "karate" and "Russian style", but today they are too lazy to watch even a short clip. Masters note the loss of interest in classes with their students. What happened? What is the reason for the decline in the popularity of martial arts in general and Russian hand-to-hand combat in particular?


- The first reason - glut of information. Information was very valuable when it was extremely small. People photographed televisions in video salons, trying to catch the movements of Bruce Lee on the screen. Now, with the advent of the Internet and flash video information, the sea. But people have already “ate” everyone. Neither books nor videos interest them, especially since paper books are becoming less and less popular. 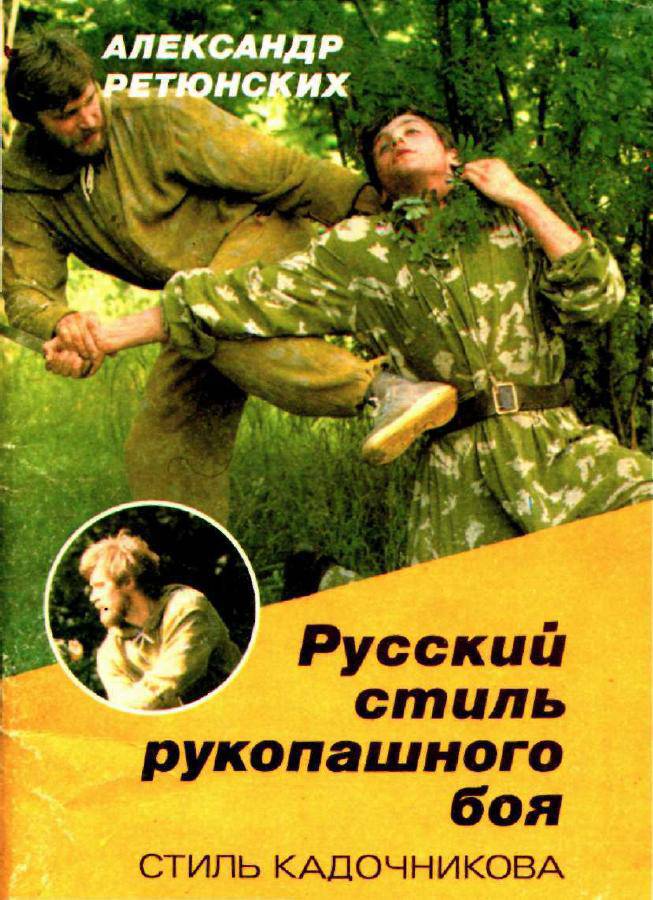 - The second reason - natural loss of interest over time. For example, the styles of Russian hand-to-hand combat appeared at the end of 80 - the beginning of 90-s on the wave of interest in everything patriotic, popular, his own. Moreover, at that time, respected and appreciated the power, the ability to stand up for themselves physically. But time has passed. The reference points of society have changed - consumption, beautiful things, trips, and luxurious holidays are now at a premium.

- The third reason - loss of credibility. At the beginning of the 90s, Russian styles had a huge credibility among the population. It seemed that this is something new, that now everything will be different, etc. But Russian styles by and large did not meet the expectations placed on them. Too much was profanation, speculation and commerce - and, accordingly, too many disappointments. No authoritative federation or association has been created, there are no known fighters, there are no mass tournaments. Honestly, Russian styles are more likely to have a negative association with most martial arts enthusiasts. And time was enough - a quarter of a century.

- The fourth reason - the unwillingness of masters to teach for real. To learn as they were taught in their time. Here, apparently, and the ego and finance - the fear of growing his opponent and competitor. Kadochnikov, in his time, was burned by this, having taught Retunsky and Lavrov, who then left the patriarch. It's so great to be unique! Masters take the money, but teach haphazardly, not so rigidly, and, therefore, not so effectively. And they turn the once acquired skills (obtained, as a rule, in the service) into author’s schools, which also does not lead to an increase in efficiency. And they love to tell fairy tales, thinking that this will create a legend and increase popularity. As a result, adepts melt like a snowball every year. Because there are, of course, people who want to do something like “Slavic Aikido,” but if the masters taught them normally (even if not the way they were taught), then the groups would probably be larger. 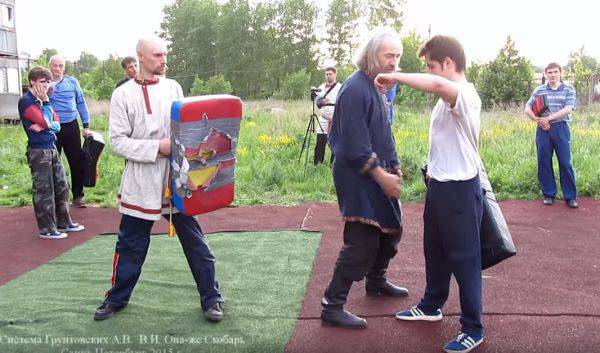 Episode about Skobar A.V. From the video to the magazine Russian style / Martial arts

- The fifth reason - a sense of pseudo. 90 th as if passed. There are fewer fights on the streets, and already not even everyone in schools is fighting. Simply no need. And a man is such a lazy creature that without urgent need he will not rise from the sofa. Especially when in the hands of a “tablet” with an interesting game (which no one even dreamed of at the beginning of 90's). 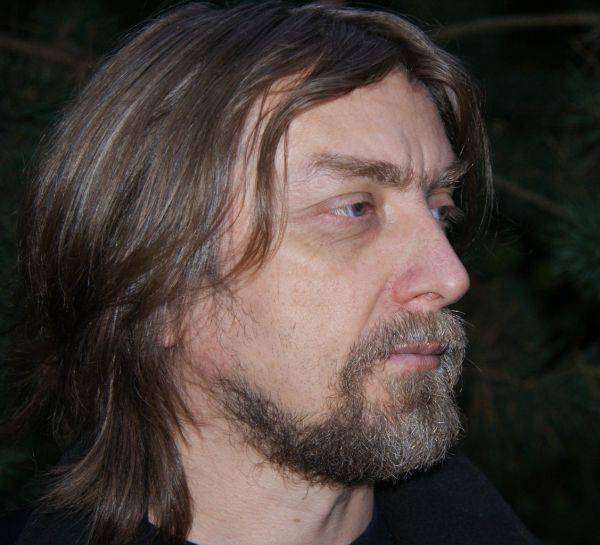 - The sixth reason - increased feminization of society. Now men are more guided by women's attitudes like "you can always agree," "you can not stoop to a fight," etc. What can we say, even if some self-defense instructors write that "violence" is "bad." How do they then get their street experience, which the self-defense instructor should be - absolutely incomprehensible. 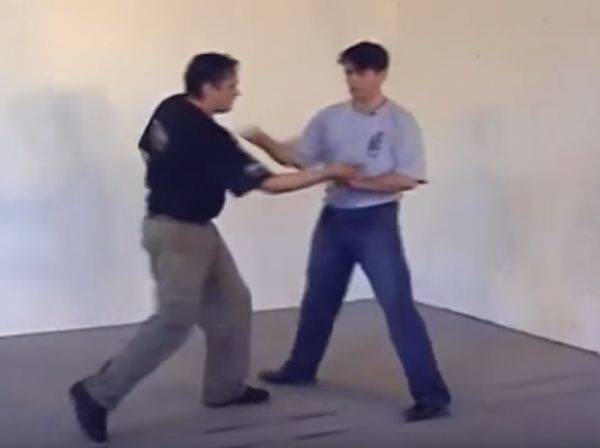 - Seventh reason - liberalization of laws and technical progress. Why learn to beat fists and legs when you can easily buy the coolest designer's knife or stun gun? Or jet gas cylinder? Or a traumatic gun? Or a tactical flashlight? Or or...
By the way, a certain number of lovers of "violence" has flowed into the so-called "knife fight", and even a thinner trickle in practical shooting, etc. 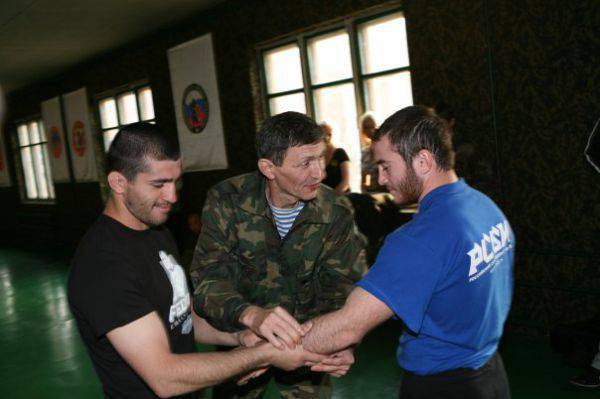 Eighth reason lies in the complexity of these Russian styles - combat and wellness. They do not correspond to the paradigm of a modern person brought up by films and TV, for which single combat is something Oriental or Brazilian, and wellness is fitness.

For example, take such a direction as "Forest" - this is the "inner" style of martial art. In it, much attention is paid to internal sensations, to such subtle and complex moments, as, say, building a bone structure. Ordinary "fighter" does not understand what it is about, show him this style. In his head, "cool" is when they throw a trough (nowadays even football fans try to show such throws in their fights, imitating their wrestling opponents, which means that fashion is more important for a person than practicality and important things). And fashion is now in Brazilian jiu-jitsu (or grappling), or on the "gladiatorial" MMA. And some strange movements or exercises for a modern person will not inspire confidence in him, since they are not consistent with his stereotypes.

And still in the present "handwriting" training, as a rule, is built on the stress method. You didn’t execute the element correctly, didn’t dodge it - you automatically get a stick on the head (for example). It hurts, it is unpleasant - and not as much as in wrestling training, but in a different way. And besides - how to explain to the wrestler that it is more useful on the street, than the sports combat, ground under other purposes and tasks? He has other images, patterns, pictures in his head.

Therefore, less and less people go to classes in different cities (even where it seems to be still in demand by the street order), the sections are closed. Only such "whales" as Ryabko, Kadochnikov and Volostnykh remain afloat - and even then the first two are increasingly shifting their activities to the West. 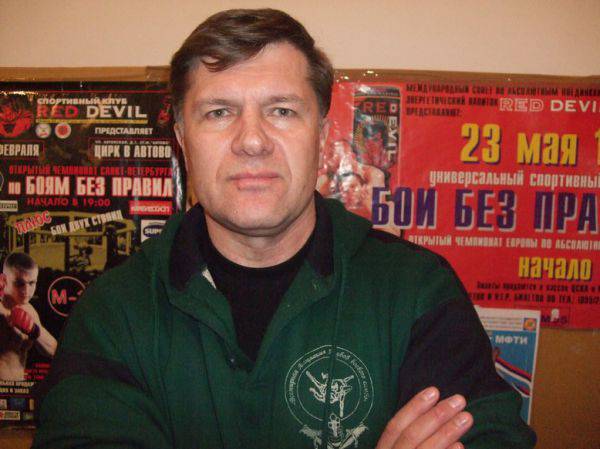 What will be next? New round? It is unlikely - from the experience of the West, we can judge that martial arts are successfully replaced by pleasure from consumption. While the ability to fight was an integral part of the image of a man and a necessity in some cities and districts - the training halls were crowded. In our time, a man is rather determined by the availability of funds, and the level of physical readiness is determined by the relief of the abdominal muscles.

In the West, even an experienced and well-known instructor in self-defense cannot guarantee a stable income, teaching men in a classic brutal manner is not very interesting to anyone. Earnings are possible only when teaching self-defense to women.