Several Abkhaz sanatoriums will be transferred to the Ministry of Defense of the Russian Federation.

24 September 2015
36
The deputy head of the military department, Ruslan Tsalikov, said during a press conference that several resorts located in the territory of Abkhazia would be placed under the jurisdiction of the Russian Defense Ministry, RIA reports "News". 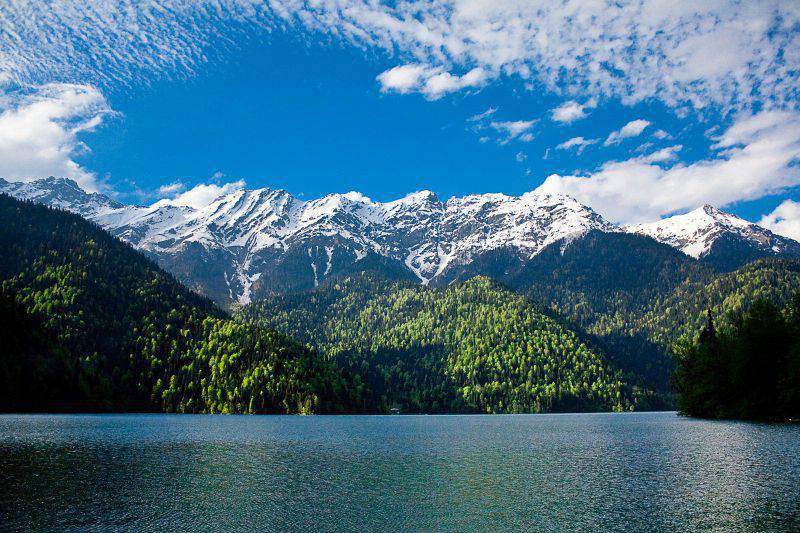 "During the negotiations, a number of policy decisions were taken on the implementation of the articles of the agreement governing the functioning of sanatorium-resort complexes taken by the Russian Defense Ministry," he said after a meeting of the Russian-Abkhaz working group implementing the interstate agreement between Russia and Abkhazia on 2010 year, which concerns the objects of the united Russian military base in the republic.

In addition, during a working visit to Abkhazia, Deputy Defense Ministers, General of the Army Dmitry Bulgakov and Ruslan Tsalikov inspected the development and construction of the 7 Russian military base in Gudauta, as well as preparations for the modernization of the railway infrastructure.

“As a result of the trip, it was possible to solve the tasks associated with the construction and commissioning of the social and military infrastructure facilities of 7 ORLB,” he stressed.

Ctrl Enter
Noticed oshЫbku Highlight text and press. Ctrl + Enter
We are
Members of the Estonian government inspect the "eastern border of Europe and NATO"Russia has established its own presence in Abkhazia, South Ossetia.
Military Reviewin Yandex News
Military Reviewin Google News
36 comments
Information
Dear reader, to leave comments on the publication, you must to register.