24 September 2015
14
The Russian concern Air Defense "Almaz-Antey" on Tuesday, 22 September, told about the successful testing of short-range anti-aircraft missile system "Tor-M2U" when firing in motion. Test firing from the tracked 9А331МУ from the Tor-М2У air defense system was conducted in the Astrakhan region. It is reported that the vehicles of the complex moved at a speed of 25 km / h on a steppe country road. Without stopping, the Tor-MXNUMU air defense system was able to detect the Saman target missile, took it for auto tracking, and then hit the target missile at a distance of more than 2 km.


The tests carried out in the Astrakhan region proved the possibility of shooting from a complex in motion. In the end, this should give the air defense missile system a tactically important advantage, which ultimately will allow the Tor-MXNUMU air defense system accompanying the military columns to repel enemy air raids in motion. Until recently, covering the troops on the march with this complex was possible only from a short stop, Pavel Sozinov, who holds the post of general designer of the concern, told reporters about it. 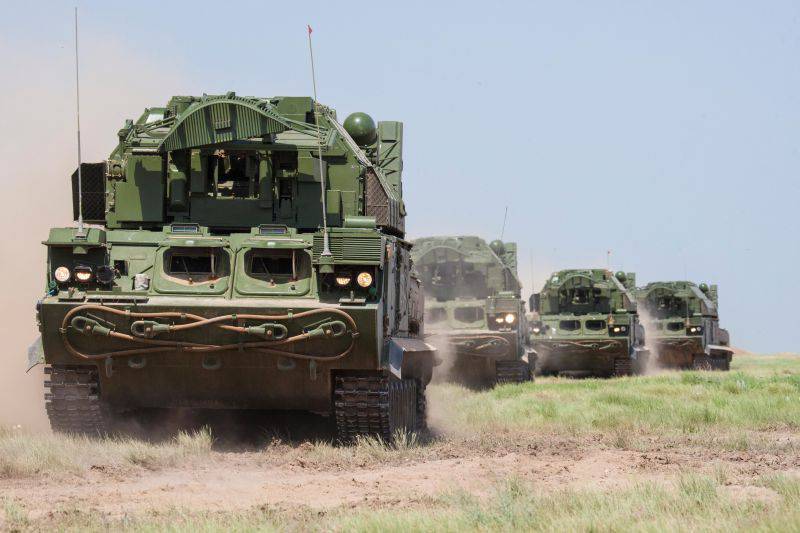 SAM "Tor" (NATO codification SA-15 Gauntlet "Plate gauntlet") is a Soviet and Russian all-weather tactical anti-aircraft missile system, the main purpose of which is to solve the problems of air and missile defense of troops and objects at the divisional level. Air defense complexes "Tor" in various modifications have been in service with anti-aircraft air defense units of the Ground Forces since the mid-1980s. Moreover, over the past 30 years, these complexes have been repeatedly modified. Complexes "Tor-M2U" are intended for the organization of air defense of ground forces in the areas of their concentration, during the conduct of hostilities and on the march, to protect communication centers and command posts, bridges, airfields, radio equipment, etc. from planes, helicopters, radio-controlled missiles, corrected and gliding aviation bombs, UAVs and other elements of modern high-precision weapons.

In order for the Tor system to lag behind the units of the ground forces covered by them, they were initially mounted on a tracked chassis, which ensured the possibility of the ZRK to follow the covered units in almost any kind of terrain. But until recently, the Russian “Torahs” could not shoot on the move. If there was a danger of an enemy air strike against a column of troops making a march, the air defense system should have stopped and waited in order to carry out missile firing at the detected targets without any problems. At this time, the column accompanied by them could go far enough, and the effectiveness of its cover decreased. 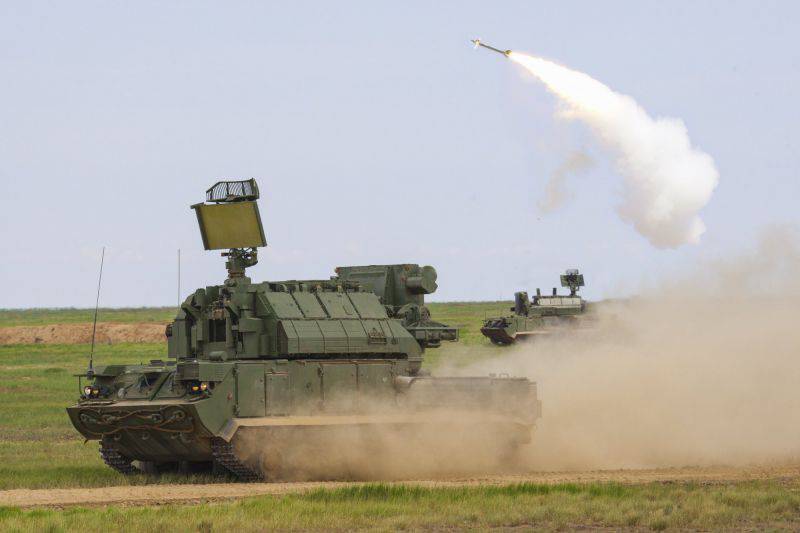 “Teaching” the air defense missile system to shoot in motion was far from being the easiest. In any case, not a single modern anti-aircraft missile system in the world can do this. Therefore, the designers of the Almaz-Antey concern were able to solve the seemingly unsolvable task. Thanks to their efforts, Tor-MXNUMU is able, without stopping, to cover army units and subunits along the entire route to their designated locations of deployment and deployment. During the tests at the Kapustin Yar test site, the means and forces of the test site itself, as well as the training center of the Izhevsk Electromechanical Plant (IEMZ) Kupol, where the Tor system is made today, were used.

Yan Novikov, general director of the Almaz-Antey concern, which includes the KEMU IEMP, noted that it was possible to confirm in practice that it was possible to detect and pick up a target for automatic tracking in motion; accuracy and quality of tracking air targets in motion; the shocklessness of an anti-aircraft missile exit from a container and a number of other technical parameters. According to the general designer Pavel Sozinov, the concern’s specialists managed to bring the “Thor” complex to a qualitatively new technical level of its development.

All air defense systems of the Tor family use a single anti-aircraft guided missile (SAM), which was developed by specialists of the ICB Fakel. This SAM was specially designed to effectively intercept small-sized and actively maneuvering in flight air objects. In addition to the basic version of the deployment of combat means of the Tor-M2U anti-aircraft missile system on a tracked chassis, other placement options are also offered on the market. In particular, at the MAKS air shows, more than once, starting with 2007, a variant of the complex was demonstrated with an all-terrain vehicle on a wheeled chassis; in this case, the MZKT-6922 wheeled chassis acted as the base. The use of this chassis allows you to improve the conditions of habitability of the calculation, as well as improve the performance of the complex on roads with hard surface. In addition, a modular version of the complex was introduced, which received the designation "Tor-М2КМ". 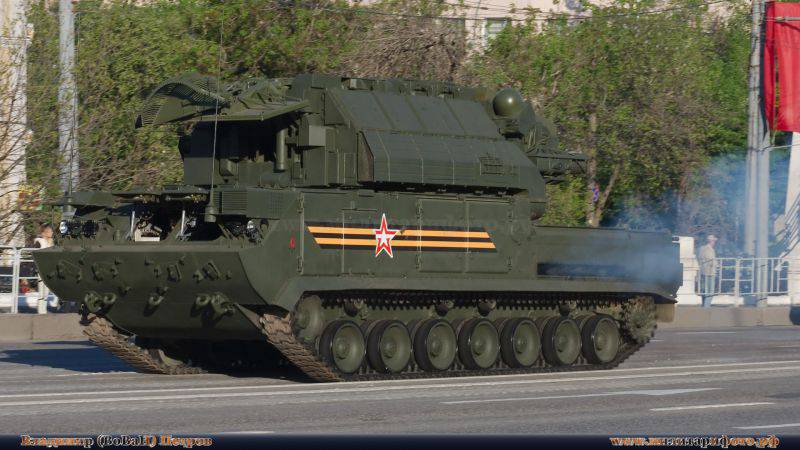 The Tor-M2U complex developed by the Almaz-Antey Air Defense Concern belongs to the new generation of short-range air defense systems. The complex can be used to organize air defense tank and motorized rifle troops on the march, important military and state installations from an enemy air attack within their zone of destruction, at any time of the day or night, as well as in a difficult jamming and meteorological environment. SAM "Tor-M2U" was adopted by the Russian army in 2012. The complex is capable of simultaneously hitting 4 air targets located at an altitude of 10 kilometers with 4 anti-aircraft missiles.

The Tor-MXNUMU air defense system is able to effectively fight at a short range with all existing types of modern air attack weapons, including intensively maneuvering, small-sized, low-flying, and also made using stealth technology. The complex has no analogues among Russian and foreign air defense systems in this class. The high degree of automation allows the complex to detect and rank airborne targets according to the degree of 2 danger presented. Compared with the previous version of the Tor-M48 air defense system, the number of guided missiles simultaneously firing aerial targets was increased from two to four. In addition, more than a quarter was able to raise the detection range of air targets (from 1 km to 25 km), as well as the range of their destruction (from 32 to 12 km). 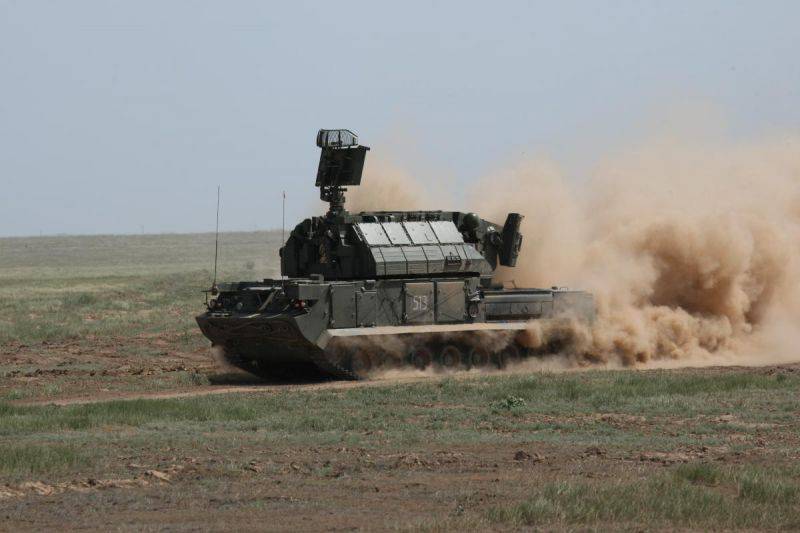 Due to the almost complete automation of this modern short-range air defense system is very effective. The combat crew of the complex needs only to decide on the destruction of the most dangerous objects of air attack, among the targets detected by the complex, which are selected by the combat vehicle by various criteria. This possibility was realized through the use of modern computing systems. One of the main advantages of the complex over foreign counterparts also includes the minimum reaction time of the air defense missile system, its deployment, as well as the ability to escape from the possible attack from the enemy. Due to the relatively high mobility, it is possible to minimize the risks, both for the complex itself and for its crew. In addition, the Tor system is fairly easily integrated into the existing air defense systems, while maintaining the possibility of an independent, fully autonomous use of this anti-aircraft missile system.

Currently, the Tor system is in steady demand on the international market and is in service with many armies on the planet. In particular, Greece, China, Egypt, Venezuela and Iran are armed with these air defense systems. And the fact that the complex was able to hit air targets, while on the move, in the long term only add to its popularity in the international arena. The updated complexes are also supplied to the Russian army. So already 23 of September 2015 of the year, information appeared that the air defense units of the Eastern Military District, stationed on the islands of the Kuril ridge, had taken up combat duty on the new Tor-M2 SAMs. This is the agency "Interfax" with reference to the headquarters of the Eastern Military District. “Currently, the air defense duty is organized as part of two Tor-M2U anti-aircraft missile batteries. In total, the Russian armed forces include more than 120 Tor complexes.

Ctrl Enter
Noticed a mistake Highlight text and press. Ctrl + Enter
We are
Anti-aircraft missile systems of the Tor familyTwo news from the concern "Almaz-Antey"
14 comments
Information
Dear reader, to leave comments on the publication, you must to register.