24 September 2015
6
The Italian company Tactical73 Srl, headquartered in the municipality of Venaria Reale in the north of Italy (the province of Turin), is mainly known in the community of shooters of its own country as a distributor and importer of firearms weapons and accessories to it are produced by a number of world famous American brands, which include PWS, Masterpiece Arms, Strike Industries, Lucid, Arredondo, and many others. The company specializes in the marketing of various products, ranging from the details of weapons and ending with clothing. At the IWA OutdoorClassics 2015 exhibition in Nuremberg, this company presented its first development of a service rifle, information about which is not yet available even on the company's official website.


This is a service rifle with a rotary sliding bolt. The tactical model was designated TUS Mod.1 "Tactical Urban Sniper", which can be literally translated from English as a "tactical urban sniper", this definition itself and reveals the whole essence of the presented novelty. The rifle was originally designed for firing both at long distances, and to meet the needs of police and military personnel who can be employed to resolve critical situations in urban environments. 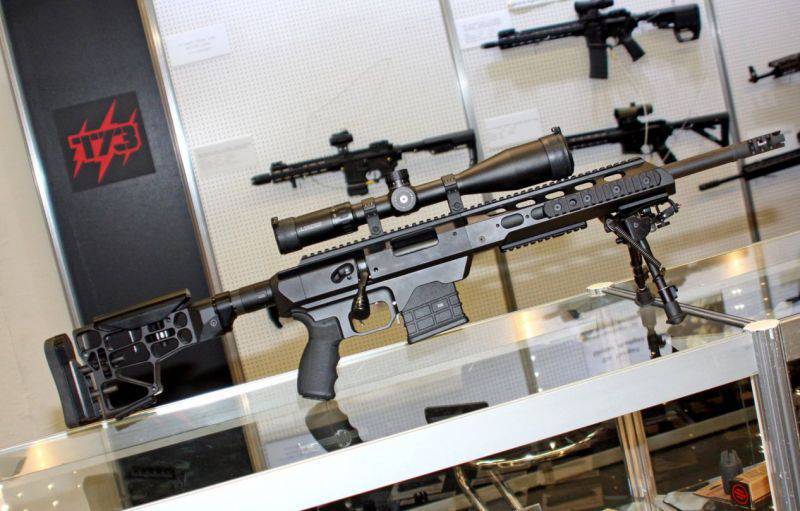 The rifle meets the criteria for use in an urban environment, it is quite compact, the barrel length is only 16 inches (406 mm) and is equipped with a folding, removable butt. The rifle meets the criteria of comfortable carrying and can be easily deployed by police special forces in confined spaces. The prototype rifle, which was presented at the IWA exhibition in Nuremberg, was equipped with a PWS FSC30 muzzle nozzle. In this case, the standard cutting at the barrel of the rifle allows you to use any compatible flame arrester or muzzle brake, including silencers designed for police and military personnel. It is worth noting that in urban environments, with short distances using sniper weapons, the question of the sniper's disguise becomes particularly important, which is largely facilitated by the use of silencers, which eliminate the sound of a shot and the presence of muzzle flame. Maximum psychological impact on the enemy has a flameless and silent shooting at night. Also, the company Tactical73 noted that as soon as it becomes possible, they will try to offer other options for muzzle nozzles for their tactical sniper rifle.

The Tactical73 TUS Mod.1 sniper rifle with a rotary longitudinal sliding bolt is based on the use of the Remington 700 bolt group. The rifle is equipped with a detachable magazine and MDT TAC-21 aluminum slats. The original version of the rifle, which was presented at the exhibition in Germany, involves the use of a cartridge caliber 7,62X51mm, but in the future, according to manufacturers, other gauges will be available to buyers. In general, we can say that the caliber 7,62 mm is quite effective in urban environments, having the necessary stopping power, accuracy and the ability to shoot through natural urban obstacles. At one time, the M110 SASS semi-automatic sniper rifle was created in the United States to meet all these criteria. 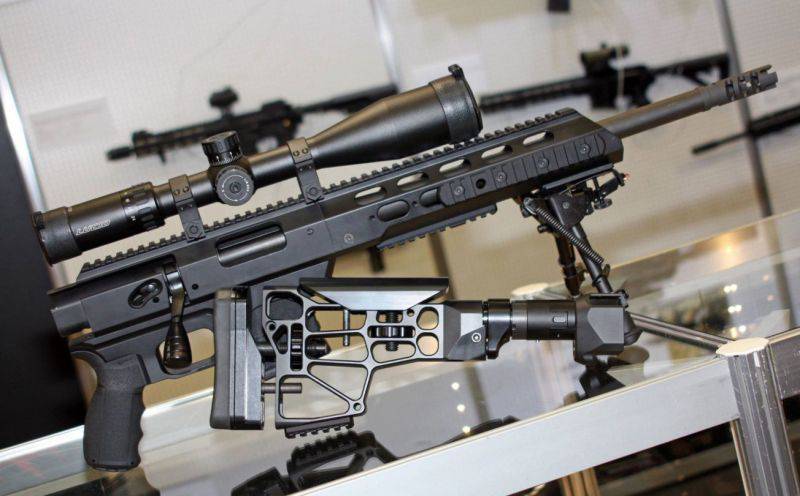 The use of the MDT TAC-21 aluminum bed allows the Picatinny MIL-STD-1913 guide rail to be placed on the weapon, which is located along the entire length from the top and provides the ability to quickly install / remove electronic-optical and optical surveillance devices. In addition, the short picatinny guides are located on the rifle's shank in the positions on the 3, 6 and 9 clocks, they are designed to add extra weight to the rifle through the use of various tactical accessories.

The Tactical Urban Sniper tactical sniper rifle from Tactical73 is reported to be compatible with any M4 / M16 / AR-15 pistol grip and will be shipped from the factory with a fully adjustable butt from HERA Arms, which is mounted on a side-folding arm. This bracket can be removed and replaced later with another one in order to ensure compatibility of the weapon with other butts, for example, butts from the above-mentioned M4 / M16 / AR-15 rifles.