Germans, they are good. Only suicidal

24 September 2015
51
I read the article by Roman Skomorokhova about the beer festival. I thought: after all, everything is not so simple. Well, the Americans dictate their will to German politicians. Well, imitate those and other "love to the grave." Quite normal diplomatic relations. As in the cell of criminals. Everyone smiles at each other, and at night they stifle pillows. Nothing personal. The fight for sending ordinary convicts. Although, maybe I'm wrong. Not an expert in criminal matters. And I do not want them to be. 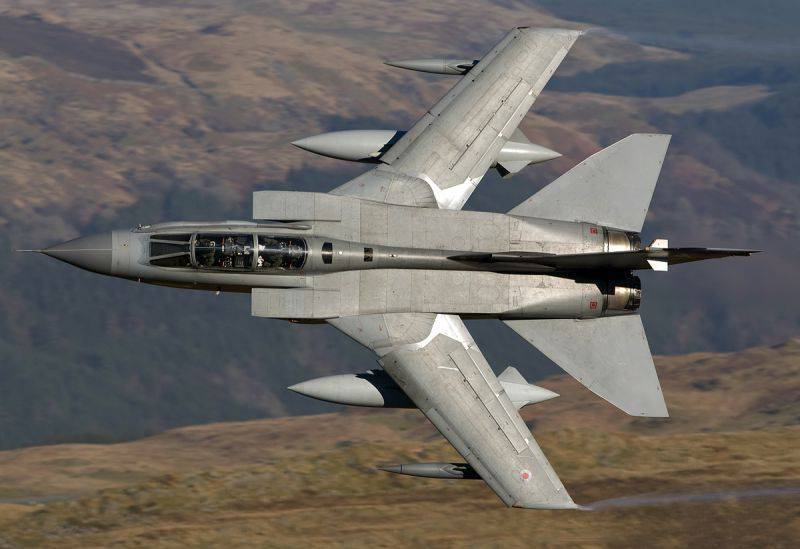 There will be this Oktoberfest, it will not happen - this is the business of the Germans. And the "new Germans", of course. But all will be alive. And that is good. But there are things, and serious things that already concern all Germans. Regardless of "old age" or "news". All, including babies.

On the eve of the radio station "Deutsche Welle" with reference to the German channel "ZDF" reported that the United States will begin to deploy a new type of nuclear weapons at the Bunchewehr airbase in the federal state of Rhineland-Palatinate. The United States today is replacing outdated atomic bombs with their modernized version. Specialists or people who are interested in armaments already understand the name: tactical atomic bombs В61-12 are much more accurate than those that were still stored at the air base.

True, the Americans, as often happens, framed their German colleagues. The bombs will be carried not by American bombers, but by German Tornado fighter-bombers. And, most unpleasant, the placement has already begun. So far, the test stones, but they are already at the base.

And what does it give to the Germans and the Americans? And what threatens Russia?

To begin, quote the message "Interfax".

“This could lead to a violation of strategic balances in Europe. Therefore, of course, this will require Russia to take appropriate counter-steps, countermeasures to restore this strategic balance and parity,” said Peskov.

"Certainly, this is not a step towards strengthening stability and increasing the level of trust and towards ensuring security in Europe," he said.

According to Peskov, this decision will be another step in the direction of heightening tension on the European continent.

According to the press secretary of the president of the Russian Federation, taking into account the decision of the Bundestag, the United States is “confidently going” along the path of implementing plans to deploy a new type of nuclear weapon.

To the clarifying question, what countermeasures from Russia are we talking about, Peskov replied: "These are the steps that will be required to ensure the national security of the Russian Federation, as well as strategic parity in Europe."

I specifically cited the entire message. As they say - neither subtract nor add. If someone thinks that it is possible to create machinations with impunity, he is very mistaken.

Russia has long warned Europe that it’s not worth breaking the balance of power. It turns out more expensive. It seems to understand. But the owner ordered ... Nowhere to go. And this is the leading European state. A country that in many ways is a benchmark for most European countries.

The Germans are well aware that now not only the armed forces, but the whole people will pay. Atomic bombs are not a weapon that Russia will not pay attention to. And not a weapon that will kill only military personnel. This is a weapon of destruction. Destruction of human destinies, cities, infrastructure, states, if you like.

And now we will try to answer the question at the end of the quote. The one from which Sands correctly deviated. What will the Russian Federation be doing now to restore strategic parity?

In my opinion, the first and probably most urgent thing is that Russia will be forced to increase the number of Iskander battalions in the Kaliningrad region. And aim them specifically at Germany. Not only to the base where the bombs are supposedly stored, but also to all possible storage sites.

This means that the whole of northern Germany will be under the gun and in full control of our rocket engineers. The word “all” includes not only air bases, military bases and military units of the Bundeswehr, but also cities, factories, and warehouses in some zones. It is clear that the Germans are well aware that we also know these objects.

The next step, by the way, is quite logical, will be the deployment of strike air groups in the border regions of Russia and in Belarus. Air groups, consisting not only of fighters, but also of bomber aviationcapable of carrying something similar on its board. The answer should be such that the enemy "answerer" shuts up after it forever.

Naturally, all this will be accompanied by an increase in air defense groups. The shelves of the most modern "Triumphs" will stand along the most likely directions of strikes.

Gloomy picture? Alas, gloomy and dear. I am about the funds for the purchase of all this wealth. But after placing new bombs, we have no choice. Modernization of armaments, reinforcement of ZVO aviation, transfer of air defense to the most modern means of destruction, restoration of not only surface, but also submarine power of the Baltic Fleet and Northern Fleet.

Oddly enough, but what I wrote about is already being done. And done successfully.

Upgraded, enhanced, hosted. We are so accustomed to the fact that we always respond to threats that we have not seen the main thing. It turns out that people from the General Staff of the Armed Forces of the Russian Federation with big stars on shoulder straps are not just salaries for the position and for the title they receive. They think, and most importantly, do. And other people, those about whom little is known, are doing. That's why we know that Iskanders will be delivered not to 20 ... some year, but very soon. That the boats are not just laid, but already undergoing tests. That the planes will arrive at new airfields not in five years, but if ordered, tomorrow.

And what about the Germans? So, and the Europeans in full force? And nothing, they will fight with a Turkish Muslim for holding this very beer festival. They will welcome or protest in the reception of refugees. They will puff up their cheeks in their supposed ignorance. The usual position of a person or a people, if you will, is not willing to answer for himself, for his children, for his country, for the planet as a whole.

To live in a small, cozy little world is good. Drinking beer at a party is also good. Watching films about heroes who save the world from evil spirits is great.

Only in order to live like this, you need to fight for your freedom. For the independence of the state. You need not threaten your neighbor with a new club, but reach out and say kind words. That the neighbor became better the relative. To, God forbid, in the trouble did not quit, and help.

And further. Somehow, all is well for Americans in Europe. Sanctions against Russia have undermined the economy of all leading European countries. The Ukrainian crisis has forced these countries to increase military budgets. The Greek default shook the entire EU financial system. Crowds of refugees destabilized the internal situation in a number of states. The spread of new “freedoms” of the type of parent one and parent two undermined the foundations of the family, and hence the foundations of the former European world order.

Europe is now in a stupor. Everyone understands that something is going wrong. But everything is legal. And so it should be. The tactics of the snail, which for many decades brought the opportunity not to spend money on defense, on self-defense, is a thing of the past. In the modern world, the position "my hut from the edge" does not save. It is those who are on the edge, and begin to burn first. And there the wind will finish the rest. And there is no village.

Russia said its word. Let's see what the Germans will answer. Will they fight for the future of the children or will they enjoy the next Oktoberfest?

Ctrl Enter
Noticed a mistake Highlight text and press. Ctrl + Enter
We are
New propaganda center of the BundeswehrTricky comments. Islam vs. Oktoberfest. Perplexity
51 comment
Information
Dear reader, to leave comments on the publication, you must to register.