24 September 2015
26
The presentation of the analytical report “Invasion under the mask: the Kremlin’s dirty war in Ukraine” was held in Washington. This, I may say, research work was prepared by the staff of the online publication The Interpreter. It hardly makes sense to disassemble the pseudoarguments of American propagandists, which have scattered about the teeth, in detail. Another thing is noteworthy - The Interpreter's 88-page report on the conflict in Ukraine was presented to the public by the Institute of Modern Russia (SRI). 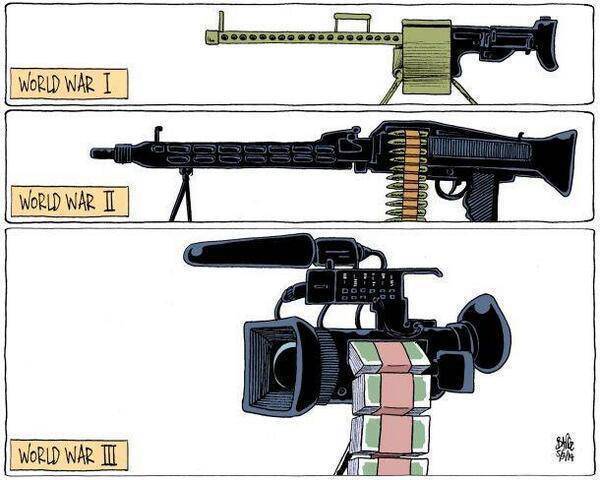 This institute with such a big name is based in the United States, in New York, and positions itself as an “expert center specializing in public policy and working to create the intellectual basis for building democracy and the rule of law in Russia”. It was founded in 2010 by the son of a Russian ex-oligarch Pavel Khodorkovsky and the defendant in the YUKOS case, lawyer Pavel Ivlev. However, Ivlev, registering the ISR in the state of New Jersey, as a public charitable organization, contributions to which are not subject to US federal tax, soon disappeared into the shadow of the project. His public face was Khodorkovsky Jr., who headed the institute as president.

In order for the venerable Russophobian public to have doubts about the vector of activity of the new structure, Pavel Khodorkovsky announced that his ISR is associated with the Open Russia movement. This was a kind of stretch. At that time, "Open Russia" was in a deep hibernation.

In 2003-year, it was founded by shareholders of the Yukos oil company for charitable, educational and educational projects. Mikhail Khodorkovsky became Chairman of the Board of Open Russia, and former US Secretary of State Henry Kissinger and head of the London branch of the Rothschild banking house Jacob Rothschild and other worthy Russians joined the board of directors.

In March, the Moscow Basmanny Court 2006 seized all accounts of Open Russia. Three months later, the organization’s press office issued a statement to suspend its activities for an indefinite period. Open Russia will return to the world only in September of 2014, when the early-released Mikhail Khodorkovsky announces the resumption of her work in Berlin.

By that time, the heir to the oligarch will already manifest himself in the field of “creating the intellectual foundations” of Russian democracy. His institute, along with the already mentioned The Interpreter (the editor-in-chief of this edition, Michael Weiss, will even include ISR employees) will publish a series of materials “on Kremlin propaganda aimed at supporting the regime of Vladimir Putin in Russia and beyond,” will be noted with concern for the problems of the human rights movement , the plight of AIDS patients, the detention of political prisoners, etc.

Pavel Khodorkovsky was born thirty years ago. Of those distant eighties in the new century, the ISR and the hackneyed themes of Western propaganda are drawing. Apparently, therefore, the public does not particularly indulge in the attention of the work of the aspiring institute. The report on the Ukrainian crisis is also not marked by originality of the topic and evidence. However, unlike previous publications, he received numerous reprisals, which indicates that anti-Russian rhetoric is in demand today in the West.

Interestingly, all materials of the Institute of Modern Russia are initially published only in English. Only after a while for them do the Russian translation. That report on the conflict in Ukraine at the time of the presentation was available exclusively in the native language of American propagandists. Maybe it is for the better, because in Russia there are no bikes about how “the Russian government directly coordinates military actions of the separatists in order to carry out an invasion of Ukraine, for which military bases are being built between Mariupol and Donetsk,” as well as about the death in the Donbass conflict hundreds of Russian military ".

How Clinton became a spectator of Russia Today

This is not the first public lie born of the Khodorkovsky attempts. I remember that last March, the former head of Yukos burned out on the Kiev Maidan that it was the Russian authorities who were encouraging the use of force by the Ukrainian police against the protesters. “This is not my power. I want you to know that there is a completely different Russia, ”Khodorkovsky said then. The Maidan gratefully jumped and chanted “Well done!”, Vaguely presenting that, “a completely different Russia”, distant from Kiev by the Atlantic, the Statue of Liberty and simply the English language — the main worker at the Khodorkovsky Junior Institute.

However, it was precisely these two circumstances (accommodation overseas and the prevailing English-speaking) that protected the SRI from closer attention of society, and at the same time - falling into “foreign agents” and organizations conducting anti-Russian activities. Although, in fact, Khodorkovsky’s “completely different Russia” confidently leads his party in the same anti-Russian choir of Western propagandists, which sets the tone for the new information war today.

It did not start yesterday. It is known that only in the first twenty years of Russian independence, in advancing its goals under the guise of "assistance programs", the United States spent more than $ 20 billions in Russia. In recent years, rates have risen sharply. Today, the adherents of the politicians fostered by the Americans occupy an impressive list - for a hundred organizations whose activities are focused on the interests of the United States and are also paid for by them. It is in Russia.

Do not sit with folded hands, the Americans and at home. This spring, they launched a new serious campaign - they recruited specialists for political propaganda on social networks. On this venture, the US Congress allowed to spend more than 700 million dollars. The project provides for informational stuffing, the support of loyal bloggers, the introduction of experts who defend the American point of view into the media space, etc. For an information attack on Russia, $ 15 million was allocated from this amount. It seems to be not so much, but the confrontation with LIH, which Barack Obama called the main threat to the United States, is financed at only $ 6 million.

Experts regard the new initiative of the American administration as an attempt to recreate the Cold War in others historical conditions. The ruling elite supports this initiative. For example, US presidential candidate Hillary Clinton recently grieved publicly: "During the Cold War, we did an excellent job of bringing America's position to the world." Now, in her opinion, “the Russians are winning - they have created an English-language channel (meaning Russia Today-RT). I watched it in several countries and it impressed me very much. "

It was not only Hillary Clinton who was impressed. Last year, at the time of the highest intensity of the Ukrainian conflict, the Americans decided to repeat the successful example of Russia Today and thought about opening a satellite TV channel broadcasting to Russia. Then they were inclined to use Internet resources. This is logical - for the most part their capabilities exceed satellite broadcasting. At least, the number of biased bloggers here is many times greater than the state in RT. And this is without taking into account online publications that are actively integrated into new Washington projects.

In short, the anti-Russian propaganda of Americans received a new impetus. This is clearly visible now, on the eve of the speech of the President of Russia at the jubilee session of the UN General Assembly. Information stuffing the United States is trying to create a negative background for Vladimir Putin. Presented report of the New York Institute of Modern Russia from the same series. It was not by chance that he received such active support in the already lured network resources, although he repeated the greedy arguments and the facts that were long ago disproved.

... It is sad that our compatriots took up this destructive work. Let Russia have a “completely different” from them, but for some reason you still wait for our usual decency, responsibility and conscientiousness. But no ...