23 September 2015
72
British Guardian writes that a senior Syrian official confirmed receipt of fighter and reconnaissance aviation from Russia. According to Guardian, we are talking about at least five Russian fighters and a reconnaissance aircraft. Source of the British edition:

In addition, Russia sent us another military sophisticated equipment.

At the same time, in Damascus they say that these supplies will allow the Syrian army to gain a significant advantage in the battles with terrorists from the Islamic State group.

Meanwhile, on Twitter Military affairs A photo appeared (“screen capture”) with captured Su-25 and Su-30 aircraft. The author of the photo claims that the aircraft are located at the air base in Syrian Latakia. 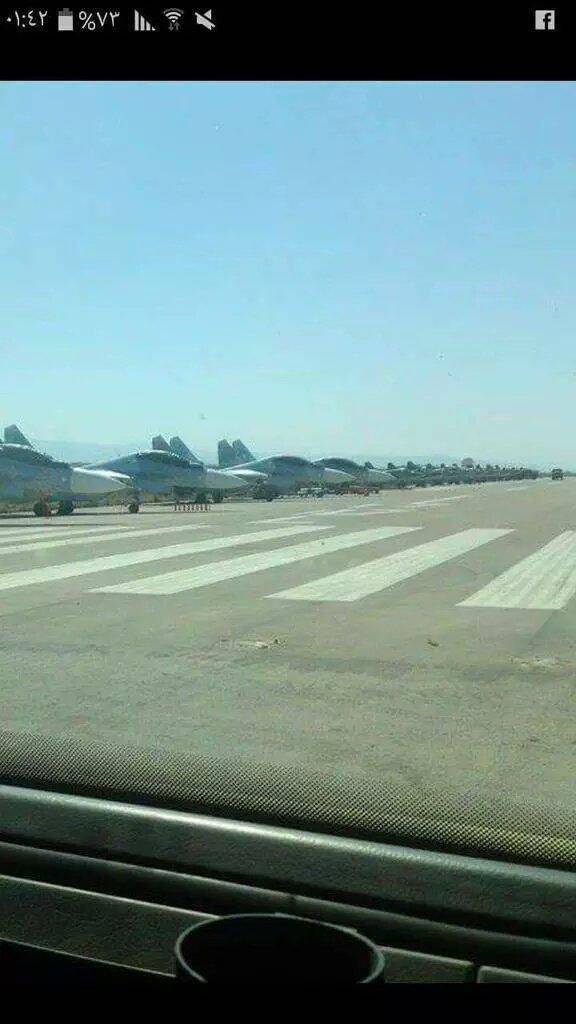 And this is a satellite photograph showing the same Latakia airfield:

Planes, as can be seen, are demonstrated quite “consciously,” and Russia does not make any “secret” of military-technical assistance, as the West is trying to declare for some reason. A confirmation of the fact that military-technical cooperation between Moscow and Damascus is being conducted openly to fight international terrorism is the statement of the representative of the Syrian government to the Guardian.

At the same time, a lot of statements are published on the Web about the fact that “the images show Photoshop tracks”.
Ctrl Enter
Noticed oshЫbku Highlight text and press. Ctrl + Enter
We are
Military Reviewin Yandex News
Military Reviewin Google News
72 comments
Information
Dear reader, to leave comments on the publication, you must sign in.