In Kiev, an exhibition of new samples of Ukrainian military equipment

23 September 2015
67
At the opened exhibition in Kiev "Weapon and security - 2015 »Ukrainian enterprises have shown a number of new models of their own designed armored vehicles. 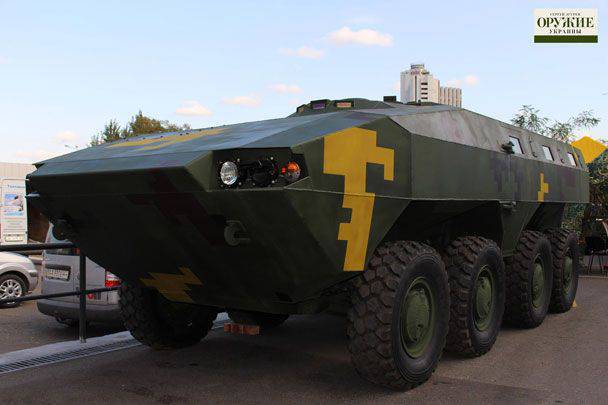 Kiev plant "Leninskaya smithy" for the first time showed a full-size model of a floating armored personnel carrier "Varan" with the wheel formula 8х8. The machine has the right location of the engine, and the landing of the amphibious crew through the side doors and a stern ramp. 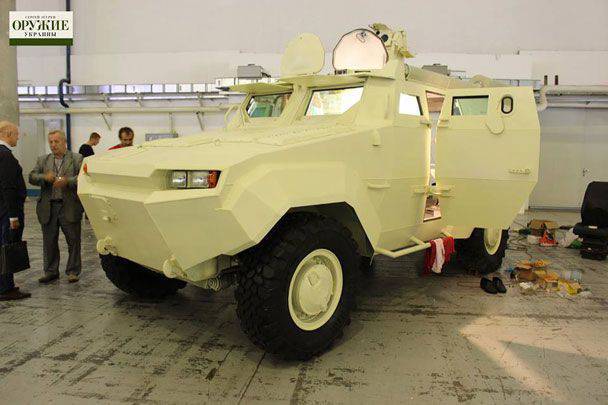 In addition, the manufacturer introduced the first version of the prototype 10-ton armored "Triton" with the wheel formula 4 x4. 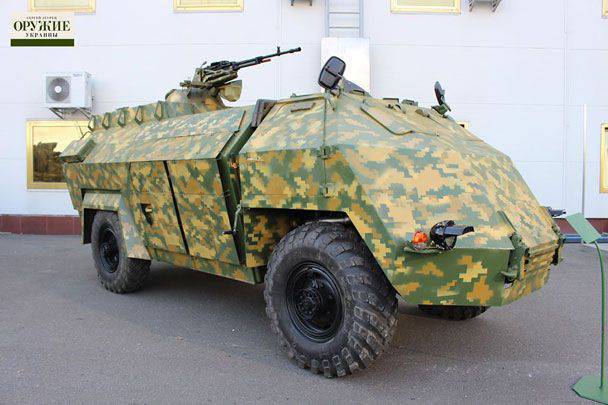 The Zhytomyr armored plant presented a sample of the upgraded BMP-1 based on the new version of the BMP-1UM with the improved squall module. It is noted that in the future an optoelectronic kit with a KLW-1 “Asteria” thermal imaging camera of the Polish company RSO SA can be installed on the combat module. In addition, the height of the troop compartment has been increased on the BMP-1UM, and for some reason mounted modules of the Kontakt-1 dynamic protection are installed on the sides.

A prototype of the Ovod armored car became another product developed by the Zhytomyr plant.