As England and France set up Russia under the German ram 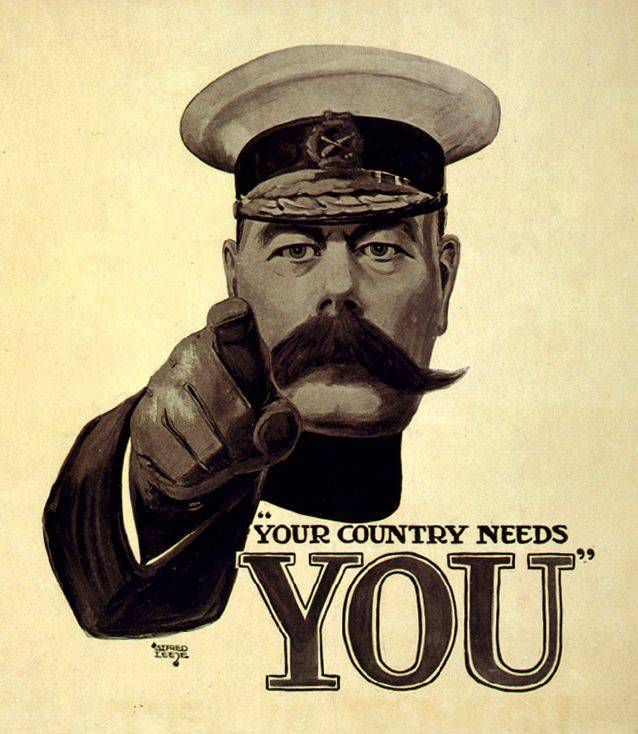 One of the main reasons for the failure of the Russian army in the 1915 campaign was that the Russian Empire had to fight one-on-one against the enemy. France and England sharply changed their strategy and decided to defend. They did nothing to help their ally, Russia. Their troops in the West European theater were largely inactive. Meanwhile, the Russian army, taking upon itself the blows of Germany and Austria-Hungary, gave England and France the necessary time for the accumulation of forces and means. This largely determined the outcome of the war, when Russia ended up in the camp of the losers.


Apparently, not only the factor of own interests, but also the decision of supranational structures based in France, England and the United States played a role here. The Russian Empire was not supposed to survive a world war. She was doomed, along with other monarchies, to defeat, destruction and dismemberment. Russia's successes in 1914 not only helped France and England out, but also alarmed them. Russia should not have won the war and become even stronger. Should not have been in the camp winners.

In London, Paris and Washington, they already knew that the war would be protracted, that only powers with large reserves could withstand it. The USA had a strong economy, and were only going to join the conflict when victory became apparent. England and France relied on huge colonial empires. Russia also had huge reserves and could be among the winners. It was necessary to deplete and bleed Russia. Therefore, at the 1915 year, the Allies did not plan any major operations at all. France and England sat behind a powerful system of fortifications, accumulated forces and resources, rebuilt the economy on a military footing. The commander-in-chief of the British forces in Europe, Field Marshal John French, said that in the West "it is only necessary to hold out until the Russians can finish the job." While the Russians screamed, fighting alone, the Allies saved up power.

Everything was thought out. In such a situation, Russia either suffered a terrible defeat and found itself on the verge of revolution and collapse (and the dissimilar forces, including the French and British secret services, were actively preparing the revolution in Russia), or so weakened that they could not claim their own piece of cake after the victory over the Central Powers . And the allies at this point created a well-equipped, powerful army. Britain and France planned to take part in the division of Russia or, while preserving the monarchy in Russia, “put it in its place” when it demands its share.

At the turn of 1914 and 1915. both coalitions realized that the calculation for a short-term war was fundamentally erroneous and that the struggle would last several years and would require huge material resources. The first in the Western European theater created a powerful positional defense of the Germans. They followed the retreat from r. Marne was able to quickly build fortified positions and during the “run to the sea” they used their engineering skills to secure the occupied areas of the area. The French and the British, who initially deliberately neglected the field defense, soon followed the Germans, burying themselves in the ground.

The instructions of the French commander Joffre of 26 in December 1914, 2 and 15 in January 1915 required allied forces to create such a strong defense that could parry the new attacks of the German forces and at the same time provide the Allies with the possibility of transition to offensive actions. The orders of the head of the German General Staff Falkenhain from 7 and 15 in January 1915 put forward to the German armies on the Western Front the task of "strengthening positions so that they could, if necessary, hold for a long time even with small forces against an offensive several times superior forces."

Thus, by the beginning of 1915, two continuous lines of trenches appeared along the entire Western Front, one against the other, interlaced with rows of wire barriers. Defensive positions began to improve rapidly, gradually being duplicated by the second and third lines with communications between the lines and strengthened by dugouts, strong shelters, and firing points. Fortifications began to be concreted. Particular attention was paid to the equipment of the first (advanced) position. It was erected in the form of two or three lines of trenches, one at a distance from the other on the 100-150. From the front, and sometimes from the flanks, it was covered with wire obstacles. Thus, powerful defensive systems appeared, the breakthrough of which required great efforts and resources.

Second positions were built on the main directions of possible enemy attacks, cut-off positions were built. Deep in the rear equipped fortified camps and rear defense lines in the form of one or two lines of points of resistance, covered with artificial obstacles. Fortified camps were created around Paris, Amiens, Calais, Dunkirk and other cities and fortresses, the rear defense zones along the rivers Oise, Urk, Ain, Somme, and others.

Paris and London quickly realized the convenience of their position. It became obvious that time was working for France and Britain. Industry can be relatively calmly transferred to the "military track", like the entire economy of the country, society. The experience of the first campaign showed the French and British that they lacked ammunition and heavy artillery. It became clear that this war would require completely different manpower costs. So, France had to call battle-ready men to the last man and attract even physically weak men and healthy women to work for defense, and then turn to the human resources of their overseas possessions. But it took time. No less seriously took this problem in England, which actually had to form a large land army (previously England cost fleet, small expeditionary forces and other people's "cannon fodder"). After attracting the human resources of the dominions and all colonies, England had to resort to compulsory military service for all British citizens (in January 1916 they introduced universal military service).

Therefore, the military-political leadership of Britain and France eagerly met the decision of the German High Command to stabilize the struggle in the West European theater and shift the brunt of operations to the East. The Germans were still hoping for a “quick war”: if they could not crush France with one powerful blow, it would come out with Russia. Britain and France understood that the war would drag on and, moving on to strategic defense, played up to Germany.

Secretary of War Herbert Kitchener noted that the war is just beginning in 1915, and this exhausting war will continue for at least three years. The British believed that action on the front must be abandoned before a significant increase in artillery means of combat. At the same time, the British planned to focus on operations in secondary theaters, deciding to undertake the Dardanelles expedition.

Thus, the western "allies" of Russia and then betrayed Russia. In words, Britain and France promised to cede Constantinople and the Bosphorus and Dardanelles straits to Russia so that it would continue to supply cannon fodder and not enter into a separate agreement with Germany. In fact, the British were going to preempt the Russians and seize this strategic area. London continued to implement its long-standing plan: to close the Russians from the Black Sea to the Mediterranean, to consolidate its position in the Balkans, in the Mediterranean and in the Middle East.

At the same time, the Western powers, outlining the transition to strategic defense and intending to move Russia in the strait zone, demanded that the Russian high command take active offensive actions on the Eastern Front. Just up hypocrisy. Russia, in their opinion, was to bind the forces of the Central Powers and especially Germany, to prevent the new powerful German offensive of the Western Front. This created favorable conditions for England and France for the mobilization of industry, the population, the strengthening of the armed forces, the accumulation of forces and reserves for subsequent battles. “We,” Lloyd George later said, “gave Russia its fate.”

Unfortunately, in Russia fell for this offer. Instead of following the example of the Allies and actively preparing for defense, preserving ammunition, forming large reserves, the Russian Stavka planned to conduct as many as two (!) Strategic offensive operations: 1) operation to seize East Prussia as a springboard for a throw on Berlin; 2) invasion of Hungary through the Carpathians. All this required the expenditure of large forces and material resources. As a result, the Russian army was not ready to repel the powerful blow of the Austro-German forces and the Great Retreat began. By the time of the Gorlitsky breakthrough, the Russian army had practically no free reserves (only one building), and such a shortage of shells was discovered that a "shell hunger" began. In addition, there was not enough artillery, especially heavy, machine guns, rifles and ammunition.

Thus, the refusal of the Anglo-French command of decisive actions and the miscalculations of the Russian military-political leadership allowed the Germans to win the 1915 campaign of the year on the Eastern Front.

Author:
Alexander Samsonov
Articles from this series:
1915 Campaign
Military plans of the Entente and the Central Powers for 1915 year
Death of the 20 Russian Corps
"Rubber War" in the Carpathians
Battle for Prasnysh
Italian "jackal" enters the war
Battle of the Isonzo
Second Battle of the Isonzo
Germany turns east
Bosphorus bait for Russia
Gorlitsky breakthrough
The defeat of the 3 Army Radko-Dmitriev. The death of the 48 "Steel" division of General Kornilov
Departure of Russian armies from Galicia. Loss of Przemysl and Lviv
The great retreat of the Russian army
The fall of Warsaw
Fall of the Newgeorg Fortress
The great retreat of the Russian army was the harbinger of the 1917 disaster of the year.
1915 Campaign of the Year on the Caucasus Front
Solution of the “Christian Question” in Turkey during the First World War
Battle for van
Alashkert operation
Hamadan operation
Sventsian breakthrough
Completion of the 1915 campaign of the year on the Russian front: the battle for Lutsk and Chartoryisk. Operation on the river. Strypa

Ctrl Enter
Noticed oshЫbku Highlight text and press. Ctrl + Enter
We are
The destruction of the Austro-Hungarian Empire did not bring Central Europe peaceThe defeat of Austria-Hungary in the 1914 Serbian campaign of the year. Battles on the river. To the nucleus and at the Mine
Military Reviewin Yandex News
Military Reviewin Google News
50 comments
Information
Dear reader, to leave comments on the publication, you must sign in.