22 September 2015
74
Another incident involving an American reconnaissance aircraft and a Chinese fighter occurred in the airspace around the Diaoyu Islands (Senkaku). Recall that these islands are disputed territories. China considers the archipelago its, Japan - its. The appearance of more and American reconnaissance aircraft in such a situation is difficult to call a provocation. 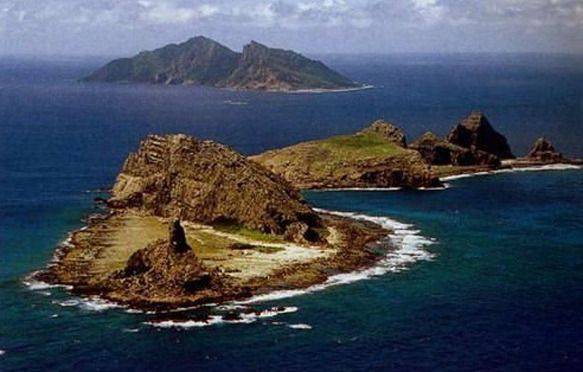 About the incident in the sky over the islands writes the American edition Washington free bacon. It is reported that the Chinese interceptor "approached an unacceptable distance to the American aircraft RC-135". The publication called the action of the Chinese Air Force "posturing", adding that this is the second such case. A similar incident occurred last summer at about the same place.

If the actions of the Chinese Air Force are “posturing”, then how can the appearance of the American RC-135 electronic reconnaissance aircraft be called where this, by definition, can lead to an increase in the tension of the already difficult situation with the territorial claims of China and Japan to each other?

Attention is drawn to the fact that the incident in the sky over Diaoyu (Senkaku) occurred before the departure of President Xi Jinping to the United States.
Ctrl Enter
Noticed oshЫbku Highlight text and press. Ctrl + Enter
We are
News bulletin: the situation around the Senkaku Islands may escalateNew photos of the Chinese fighter Chengdu J-20
Military Reviewin Yandex News
Military Reviewin Google News
74 comments
Information
Dear reader, to leave comments on the publication, you must sign in.