Pope: today without the Russian Federation it is impossible to solve important issues

22 September 2015
21
Today, without Russia, it is impossible to solve the most important issues of the modern world, said the head of the Catholic Church, Francis, in a private conversation with a correspondent TASS during a trip to Cuba. 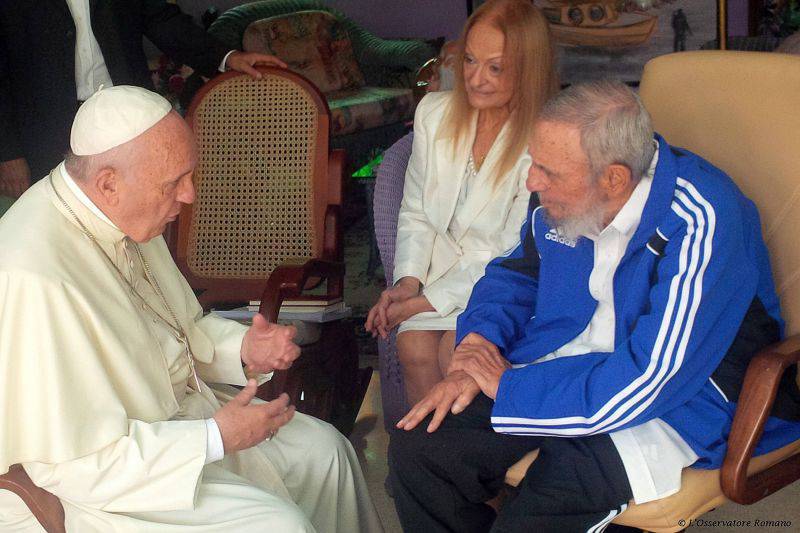 “Without Russia today not a single major world problem can be solved”- said the pontiff, noting in this regard, the fruitful cooperation of the Vatican with the Russian Embassy at the Holy See.

During the pilgrimage, Francis will visit New York, where he will take part in the UN General Assembly. There he intends to make a speech in which he will express his opinion on the ways of settling Middle Eastern conflicts, including the conflict in Syria.

Ctrl Enter
Noticed a mistake Highlight text and press. Ctrl + Enter
We are
Pope Francis declared about the recognition of the Armenian Genocide in the Ottoman Empire during his visit to ArmeniaPope Francis called modern armed conflicts links of the Third World War
21 comment
Information
Dear reader, to leave comments on the publication, you must to register.