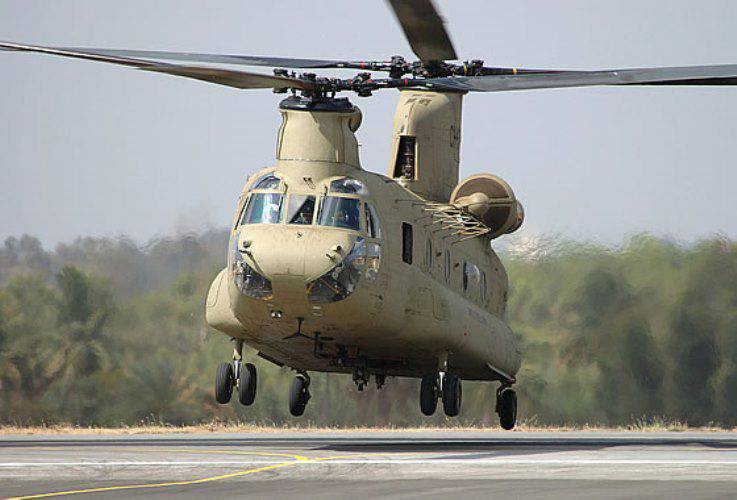 The total transaction value is estimated at $ 3,1 billion.

The government security committee is expected to approve the purchase on Tuesday before the Indian Prime Minister leaves for the UN General Assembly session.

“Apache” and “Chinuk” were declared winners of tenders as early as 2012, negotiations on them ended at the end of 2013. However, the Defense Ministry then could not pay an advance of about 15% of the cost. The financial capacity of the department has deteriorated due to the redirection of $ 2 billion, intended for the purchase of weapons, to provide current expenses.

In turn, Boeing, which has repeatedly extended the validity of the offer, threatened to increase prices by 40% if the issue is not resolved until the end of September.

According to the newspaper, the Apaches will be acquired along with the 8 of the thousands of Hellfire ATGMs.

According to Indian sources, “currently there are three Russian Mi-26 heavy helicopters in service with the Indian Air Force, only one of which is serviceable, and six of the Mi-26 / 25 attack helicopters from 35 are in storage, the others have been in service” .

Ctrl Enter
Noticed a mistake Highlight text and press. Ctrl + Enter
We are
The 20 rating of the largest arms deals, decisions on which were made in 2012Indian Defense Minister confirmed Boeing’s choice as winner of a tender for the supply of heavy transport helicopters
37 comments
Information
Dear reader, to leave comments on the publication, you must to register.