Ukrainian Nazis have declared a “blockade” of Transnistria

21 September 2015
45
Representatives of the so-called "civilian corps" Azov "of the city of Odessa" stated that they intend to proceed to the "blockade of Transnistria." At the same time, the extremists said that they were doing this (attention!) "In support of the Crimean Tatars." Reports about it "UNIAN" referring to the press service of "Azov". It would seem, and here the Crimean Tatars and Transnistria? ..


According to some reports, Azov activists in 14: 00 closed the border in the area of ​​the Kuchurhan checkpoint on the Odessa-Tiraspol road. From the press service of Azov:
A synchronous action to block the Moldovan-Transdniestrian border at the Bendery checkpoint will be carried out by Transnistrians who were forced to leave for Moldova due to political persecution. 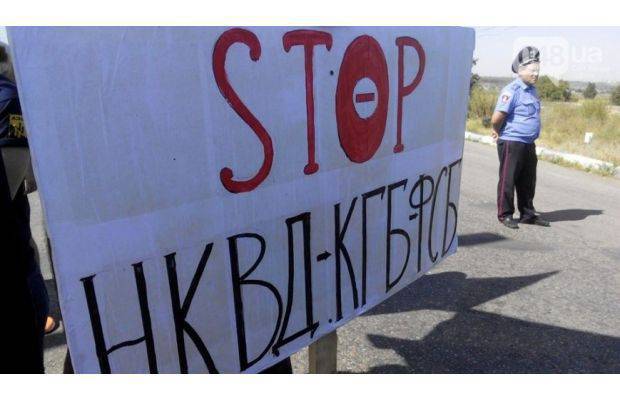 It is known that representatives of other Ukrainian Nazi formations, including militants of the Right Sector, joined the “Azovs”, who are clearly “bored” in the Donbas, and they are looking for new “adventures” for themselves.

Apparently, the Nazi laurels of the Second World War, Ukrainian their followers really do not give rest. As is known, the “blockade” (but of the Crimea) was declared by pravoseki and a man who continues to call himself the chairman of the “Majlis” of the Crimean Tatars, Mr. Chubarov. The “blockade” results in the fact that Ukrainian manufacturers that have concluded contracts for the supply of certain goods to the Crimea suffer multimillion losses. But unless the "activists", accustomed only to shit, it somehow stops ...

By the way, Ukrainian Media publish reports on the state of affairs at the border with the Transdniestrian Moldavian Republic with the addition of:
Like the Crimea, the Russian enclave "Transnistria" is completely dependent on Ukraine, both in terms of food and in terms of communications.

Ctrl Enter
Noticed oshЫbku Highlight text and press. Ctrl + Enter
We are
Armed Forces of Transnistria: 23 of the year since its foundation
45 comments
Information
Dear reader, to leave comments on the publication, you must to register.