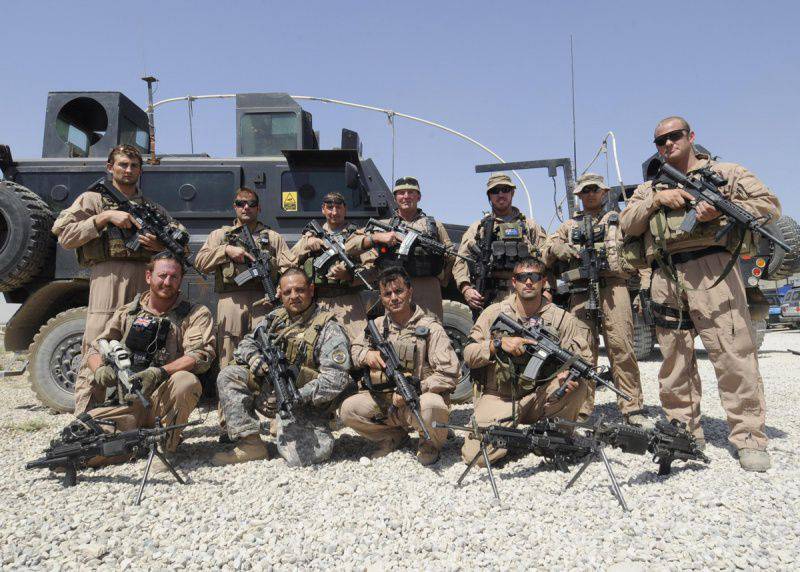 In Russian society, they again started talking about the possibility of the existence of private military companies in the country (PMCs). This is apparently due to the fact that Russia can take part in resolving some conflicts abroad, including Syria. It is no secret that many security tasks, when US troops acted in Iraq and Afghanistan, were solved by PMCs. Is it possible with the participation of PMCs from Russia?

Explaining the Kremlin’s position on the possibility of private security companies in the country, presidential press secretary Dmitry Peskov did not rule out that the issue of allowing private military companies in Russia is being discussed in a number of departments, but this topic was not actively worked out in the presidential administration. He said that the presidential administration is currently intensively preparing for the UN General Assembly. Accordingly, more relevant geopolitical topics are being worked out.

Meanwhile, the question of PMCs among some experts and a number of politicians is still considered timely. As you know, in 2012, Vladimir Putin, who was then prime minister, supported the idea of ​​creating a system of private military companies in Russia that could provide security services and training foreign military abroad without the participation of the Russian state. In October, 2014, a bill on private military security companies was submitted to the State Duma. According to the author of the bill, State Duma deputy from “Fair Russia” Gennady Nosovko, the bill spells out social guarantees for employees of such companies, tasks that they can solve, and certain prohibitions.

However, the issue of creating PMCs was postponed. Apparently it was not by chance that the former Chief of the General Staff of the Armed Forces of Russia, Army General Yuri Baluyevsky, who had previously been involved in the development of amendments to the military doctrine, spoke on this topic in May 2015. Baluyevsky then bluntly stated that the creation of private military companies in Russia violated the country's constitution and the state’s monopoly on defense. He stressed that the basis for the creation of private military companies is the extraction of economic profits. “PMCs are essentially a pocket army, such companies are then turned into illegal armed groups,” he said. His statements were made when he took part in the presentation of the book by American journalist Jeremy Skahill called “Blackwater” about the activities of the same name of a private military company from the United States. Prior to 2009, Blackwater participated in the Iraq War under a contract with the US government, providing military and security services. The company has been repeatedly accused of killing civilians.

There is another aspect here that Baluyevsky did not mention. In any case, especially if PMCs take part in a particular war, they are usually financed by the state itself. It was according to this formula that the USPs operated in Iraq. If we now create Russian PMCs, and send them, for example, to Syria, then this will again be considered "as the hand of the Kremlin." So why make a fuss?

According to the Russian media, the State Duma is currently considering a draft law on private military companies. The first version of the document on PMCs was submitted by deputies from “Fair Russia” 22 in October last year, but on November X, the legal department of the State Duma considered it not to comply with Art. 13 Constitution and Art. 104 State Duma regulations. They require the mandatory conclusion of the government on bills envisaging expenditures from the budget (to this, the legal authorities attributed the licensing of PMCs to the Federal Security Service). Therefore, the Duma Defense Committee proposed to the Duma Council that the draft law be returned to the authors, which was done on November 105. In the new edition of the document several provisions have been changed. If in the first version, employees of PMCs could become persons who have reached 17 years, then in the second version, the age bracket has been raised to the 18 year. Norms that allow PMCs to “mediate or alternatively resolve armed conflicts outside the Russian Federation” and the opportunity to trade are also excluded from the project. weapons (in the first version, companies were only forbidden to do this without a corresponding license).

Russia should realize its geopolitical interests with the support of its own state institutions - the army, the foreign ministry and the special services.

Ctrl Enter
Noticed oshЫbku Highlight text and press. Ctrl + Enter
We are
A great interview with Sergey Lavrov: about Ukraine, Obama and IranWhat you didn't want to know about England
Military Reviewin Yandex News
Military Reviewin Google News
33 comments
Information
Dear reader, to leave comments on the publication, you must to register.