Winning on points: “a cunning plan” in action 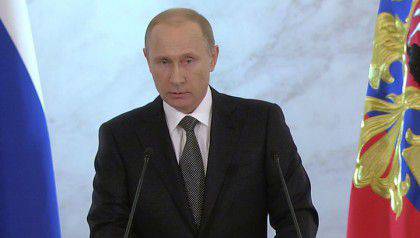 If ISIS falls, then the US plans to preserve world hegemony by randomizing the world can be safely thrown into a landfill.


In the camp of Putin interpreters panic. The manuals are outdated, confusion, confusion and vacillation. Some write one thing, others just the opposite, can not work out a single line of propaganda. It’s not a sweetheart of gratuitism, not sweet to the heart of every liberal, but a continuous hassle.

Some (Carnegie Center) write that Putin closes the project New Russia. Others (Center for Eastern European perspectives in Washington DC) fear that "the project to create" Novorossiya "is the Putin fix idea, which he will never give up."

Some write that “Putin will not leave the Donbass. Its main goal is to shift the attention of the West to other “turbulent regions”, including in the Middle East. Then, the stake is on destabilization in Ukraine from within, the loss of international confidence as an already “non-priority region”, along with the cutoff of financing. ”

Others, from the pseudo-patriotic group of grant eaters, claim that Putin has now switched to Syria, and now he will spit on Ukraine (as always, Donbass will merge for the hundredth time).

But I especially like Western “analysts,” who in serious at first glance publications like The Washington Post quite seriously assert that “Putin caused a flood of refugees from the Middle East to Europe in order to interrupt Russia's international isolation.”

I don’t know where they saw isolation there, but regarding the reasons for the flight of people from Syria and Iraq, this is just meanness on the part of Western observers. They, as usual, are trying to shift responsibility from a sick head to a healthy one.

It came to the point that they claim that the refugees are not fleeing from ISIS, which only organizes mass executions of "few Shiites and Christians in those regions" (this is a literal quotation from American analysts), but from the Assad troops who oppose these religious fanatics.

According to the logic of the Americans, if you remove all the obstacles for LIH in the face of the Syrian government, the Kurdish Peshmerga and at the same time Iran, then peace and tranquility will come to the east. Well, a couple of tens of millions of Gentiles will be cut out, is it scary? That Assad and Putin - it's scary! Boo!

Here is another quote from a similar opus: “Putin offers them a way out: no war, no refugees. Stop the civil war in Syria, and they will not only stop flooding Europe, but will begin to return to their homeland. It is simply impossible not to admire such cynicism. After all, war is the driving force for refugees, and Iran and Russia are the driving force of war. ”

Created ISIS USA, supplied weapons their United States, overthrown by the secular regimes of the United States, and the driving forces of the war are Iran and Russia. Hypocrisy is just beyond.

And in general, to return refugees home - it violates US plans!

But besides the fact that the US is trying to shift responsibility for their crimes to the Russians, they are also hysterical, because they sawed 500 million dollars into fictitious training of five militants (nobody in the White House really was going to resist ISIL, his beloved child) and here come these damned Russians and the bloodthirsty fundamentalist monster, which the Americans have so carefully raised, can quickly and reliably get on the horns.

Everyone understands that if ISIS falls, then the US plans to preserve world hegemony through the chaos of the world can be safely thrown into a landfill. The Kiev UGIL is also running out, doing internal disassembling, and as these two centers of instability are neutralized, Eurasia will calm down, taking the last specious advantage from the United States.

The most eloquent proof of this is the hysteria of the American media regarding the supply of Russian weapons to fight ISIS. The last pathetic attempts to pretend that “Daesh” (as the local LIH is called) is not an American child, they are crawling right before our eyes.

As for direct, regular and obvious contradictions in Western anti-Russian propaganda, only propaganda of the same Dr. Goebbels, who in 1944-45 years could not explain to fans of the Third Reich, how “miserable Slavic subhumans” can regularly press "the most powerful army of real Aryans." Approximately the same panic has been observed among pro-Western propagandists lately.

And I will never tire of repeating my favorite phrase: The Nazi hysterics are satisfied.

We are in Yandex Zen
A great interview with Sergey Lavrov: about Ukraine, Obama and Iran
What you didn't want to know about England
60 comments
Information
Dear reader, to leave comments on the publication, you must to register.